Vegetarian ‘beef’ farmer Jay has made the first step towards a more ethical and environmentally beneficial future by turning his cow farm into a stock-free one, thanks to the help of The Vegan Society’s Grow Green campaign.

A vegetarian beef farmer is an unlikely thought, but this is exactly the contradiction Jay has been living with since he inherited the family farm. 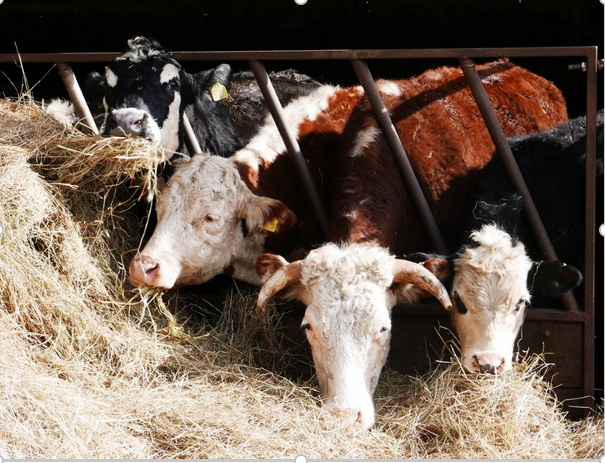 Jay grew up working with the family’s herd of dairy cows. During this time, he grew to realise that there was much more to these animals than we are led to believe. “I began to see that cows recognise each other, and they’ve got very good memories. They experience a range of emotions – they can be sad, happy, bored or excited. They do also have facial expressions. You can tell what a cow is thinking by looking at them. I’ve even seen cows cry.”

As time went on, Jay made the decision to stop eating meat. He explains, “Cows are conscious of what goes on around them – they have personalities and an inner life. They’re not just units of food. Knowing them personally makes it more difficult to think about eating them.”

When Jay inherited the farm from his father, he wanted to make some changes. He initially transitioned from farming dairy to beef – a difficult decision for a vegetarian to make.

Jay says, “We stopped producing dairy because it was so arduous. To take the cow’s milk, you have to separate her from her calf. This is really difficult. Obviously, the cows get very upset when they are separated. It takes them a long time to get over. Farmers usually try to keep the calves well away from the cows so after separation they can’t communicate back and forth and prolong the agony.”

However, even without the distress caused by dairy farming, managing business on a beef farm was still out of line with Jay’s personal ethics. But Jay struggled to see a way out of the situation.

This was until a chance conversation between Jay and Patrick Smith, the owner of Veggies Catering Campaign. The Vegan Society’s volunteer Local Contact for Nottingham, Pat handed over a copy of the society’s Grow Green report, which immediately sparked an interest. 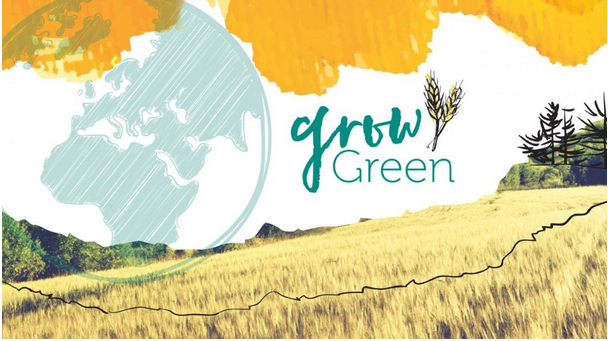 The report was launched 18 months ago and sets out some of the aims and opportunities at the heart of the society’s Grow Green campaign. This long-term initiative aims to influence the government to stop subsidising unsustainable animal farming and support farmers to transition to farming plant protein crops instead. It seeks to address the inherent inefficiency involved in animal farming – after all, growing crops for humans to eat is always going to produce more food than growing crops to first feed to farmed animals.

Jay says, “I think we can change the way we live here, to something more suitable for the future than simply continuing to eat animals. That isn’t a very efficient way of feeding people after all. If I’d been content with what I was doing, I would have brushed off Patrick’s comments and said this is the way the farm works, this is the way things have always been done. But I was very sympathetic, and I decided to do something about it.”

After a phone call to The Vegan Society, staff members organised an initial meeting at Jay’s farm. Jay says, “After that visit, it all started to seem possible.” Discussions began about the fate of the last herd of cows. When winter came, instead of sending them to slaughter he continued to care for them, hoping that a permanent and secure location would be found.

Tom Kuehnel, Campaigns Officer for The Vegan Society, was tasked with finding a home for all of the remaining cows. “It seemed like an impossible task,” says Tom. “There are so many great vegan sanctuaries around the UK, but I wasn’t hopeful about finding somewhere with the space and capacity to take on over 100 cows.

“But then I got in touch with Wendy from Hillside Sanctuary in Norfolk – and she said that she was able to take all of them! It was a great moment at The Vegan Society office. Hearing that these cows are going to live out their natural lifespans in a loving environment was a really special moment for us.” 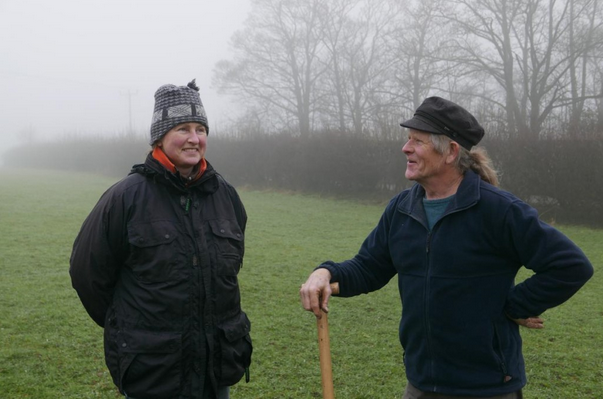 But this is only stage one. Following on from the rescue of the cows, The Vegan Society will help Jay to find a new direction for the farm – one which can support itself without the use of any animals or animal products, and can be profitable in the long-term. We have assembled a team with expertise in stock-free farming to facilitate the farm’s transition, including Iain Tolhurst and the Vegan Organic Network.

This transition signals the beginning of a new future of farming. Currently the industry is in crisis. Farms are closing weekly due to financial pressure, mental health among the farming community is suffering, and consumers are turning away from animal products. We need something to change, to support the UK’s new and changing dietary habits, to help protect the environment, and to secure a stable future for the British farmers.