Human survival demands that we make a new pact with the Earth and between diverse peoples, based on a new vision of planetary citizenship. A pact based on reciprocity, caring and respect, on taking and giving back, on sharing the resources of the world equitably among all living species. It begins by seeing and cherishing the soil as a living entity, a Terra Viva, whose survival is essential to our own.

The future will be cultivated from the soil, and no longer from the skewed global market of fictitious finance, corporate personhood and consumerism. We need to move from this corporate-centred worldview to one centred on the Earth family. Wherever we are on this planet, the soil is our bedrock. The Earth is our home. We must reclaim it from corporate manipulation and greed, and care for it, together, in recognition of our common humanity and common responsibility.

We stand at the threshold of a transition from the anthropocentric paradigm to one of Earth democracy, which recognises that we are all members of the Earth community. As Earth citizens we have a duty to care for all beings and share the Earth’s gifts with all people. By shifting from a culture of greed and the vicious cycles of violence, we can start creating virtuous cycles of nonviolence; we move from negative economies of destruction, to living economies that sustain life; we transform negative politics and cultures to living democracies that include concern for and participation of all life.

The climate crisis, food crisis and water crisis are interconnected, and so are the solutions.

A PEOPLE’S PLEDGE TO PROTECT THE EARTH AND EACH OTHER

A TEN POINT PACT WITH THE PLANET 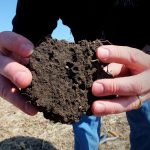 Our future is inseparable from the future of the Earth.

We commit ourselves to protect our soils and biodiversity. Our living soils will become reservoirs of water, and sinks for carbon. Ecological and regenerative agriculture is based on recycling organic matter. We will give back living carbon, as organic matter, to the Earth, in gratitude and responsibility, based on the law of return, and thus help mitigate, adapt and build resilience to climate change.

The gifts of the Earth that are vital to life have always been held in the commons, with common duties to protect, and common rights to draw sustenance.

Our seeds and biodiversity are a commons. Their enclosure through patenting is pushing diversity to extinction, and farmers into a debt trap. Soil is the basis of our life and our food. Water is a commons, not a commodity. 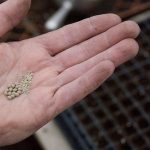 We commit ourselves to defending seed freedom as the freedom of species to evolve in integrity, self-organisation and diversity, and the freedom of communities everywhere to reclaim open-source seed as a commons. The saving and exchange of open-pollinated, non-GMO, non-patented seed is an inalienable right. Farmers’ rights are non-negotiable. We will resist every law and technology that attempts to undermine the freedom of the seed.

Industrial globalised agriculture contributes more than 40% of the greenhouse gases that are destabilising the climate, through deforestation, fossil-fuel-based fertilisers, packaging, processing, refrigeration and long-distance transport. We do not accept industrial agriculture as a solution to the climate crisis and hunger. We do not recognise false solutions such as geoengineering, “climate smart” agriculture, genetically engineered “improved” seeds, or “sustainable intensification”.

We commit ourselves to small-scale ecological agriculture, which produces more health and nutrition per acre and provides 70% of the food we eat, while it rejuvenates our soils, biodiversity and water systems, and stabilises the climate.

“Free trade” has substituted the freedom of the planet and its diverse species to evolve and nourish, with freedom for corporations to destroy the planet and the living economies that sustain people. The ecological and social destabilisation of the world in the last two decades is a result of the deregulation of commerce through the “free trade” agreements of the World Trade Organization, engineered and written by corporations for the benefit of corporations.

We commit ourselves to resisting the attempts to push new “free trade” agreements based on corporate rights and corporate personhood, which dismantle human rights and our democracies and constitutions. We do not recognise corporations as persons. They are legal entities that society gives permission to exist within the limits of social, ecological and ethical responsibility; corporations having responsibility for climate change are subject to the ‘polluter pays’ principle.

Local living economies based on the law of return and regeneration nourish all life. Nature’s gifts and people cannot be reduced to ‘inputs’. Economies that focus on life and wellbeing instead of corporate profits rejuvenate and regenerate resources and work for all and for future generations. We will not participate in production and consumption systems that destroy the Earth’s ecological processes and her soils and biodiversity and uproot millions from the land.

We commit ourselves to resisting all attempts to hijack our democracies through powerful interests. We will organise on the principles of sharing, inclusion, diversity, and the duty to care for the planet and each other. We commit ourselves to breaking out of the cycle of violence and degeneration. We will not be divided by fear or hate, but will stay united as members of one planet and one humanity. In keeping with Mahatma Gandhi’s principle, when rules and laws interfere in the higher laws that flow from the Earth and our humanity, we will collectively draw the courage not to cooperate.

We will create an Earth democracy in a vibrant and bountiful Earth – Terra Viva – that recognises the intrinsic worth of all species and all people. All life has a natural right to share in Nature’s wealth to ensure sustenance – soil, food, water, ecological space and evolutionary freedom.

We make a pact to live consciously as Earth citizens, recognising that the Earth community includes all species and all peoples. The rights of Mother Earth and human rights are not separate and are one indivisible continuum. Sustainability cannot be separated from justice, human rights and peace.

We will grow organic food on our farms, our gardens, our balconies, our terraces. We will plant gardens of hope as a concrete symbol of our pact with the Earth. Through small steps by millions of people aware of their power by acting in resonance, harmony and unity, we will sow the seeds of change that will lead to a new Earth democracy based on justice, dignity, sustainability and peace.

Vandana Shiva is the director of Navdanya. www.navdanya.org