An Ethical Guide to Responsible Giving

Christmas is a time for giving and donating to your favourite charities, but have you considered whether your money is being well spent or could have gone further?  Here are some theories about philanthropy that might get you thinking.

How should they sift through all these calls to give?

The conventional guidance, parroted as if it were gospel, goes something like: Be generous, follow your passions and do enough research to verify that a chosen charity won’t squander your money.

As a political philosopher who studies the ethics of philanthropy, I know it’s not that simple.  In fact, there are at least five leading theories regarding the ethics of giving.

Scholars who study philanthropy and ponder why people should give to charity disagree on which is best. But they all agree that some critical reflection on how to give well is essential for making responsible decisions.

Sometimes the questions are clearer than the answers.

Giving from the heart

It urges donors to give from the heart and posits that no one can tell you what makes one cause better than another.

Compassionate philanthropists see choosing a cause as a two-step process.  First, ask yourself what you are most passionate about – be it your religious faith, hunger, the arts, your alma mater or cancer research.

Then, verify that it follows sound accounting and management practices.

While simple and flexible, this philosophy of giving ignores considerations like a cause’s moral urgency and suggests that the only thing that matters when being charitable is what’s on the giver’s mind.  It also implies that a charity’s effectiveness is measured only by management or finances, which is arguably untrue.

There are at least four other schools of thought worth considering in light of the conventional approach’s shortcomings: traditional charity, effective altruism, reparative philanthropy and giving for social change.

This Vanguard Charitable video emphasizes a theory that donors should follow their passions when they choose causes to support.

Giving to the neediest

Rather than telling donors to simply follow their own passions, traditional charity stresses that suffering people demand urgent attention.  It treats relieving that pain and meeting those needs as the highest charitable priority.

People who think this way, for example, might have trouble seeing how donors can justify supporting their local community theaters when so many Americans are experiencing hunger or homelessness and could use a free meal from a charity like the Salvation Army.

They might be most concerned with meeting the needs of the 769 million people on Earth who live on less than what Americans can purchase for $2 a day.

A more modern, introspective approach, advanced by the philosopher Peter Singer and embraced by young Silicon Valley billionaires like Facebook co-founder Dustin Moskovitz and his wife Cari Tuna, is known as “effective altruism.”

This school of thought instructs donors to do the most good they can in terms of global well-being based on verifiable cost effectiveness.

These givers argue that it’s better to give $40,000 to a carefully vetted charity in sub-Saharan Africa that can cure as many as 2,000 people of blindness than to give that same sum to a group that will spend it training a single guide dog for a blind person in the U.S.

Effective altruists reject the advice of transparency groups like Charity Navigator, which rates nonprofits according to the percentage of funds they spend conducting their work versus running their organizations.  Instead, they heed organizations like GiveWell and Animal Charity Evaluators, which draw from scientific evidence and use statistical reasoning to select charities they believe will achieve the maximum impact per donated dollar.

Giving to heal and address injustices

Another way to think about making charitable donations more responsible is to see them as a form of reparations. 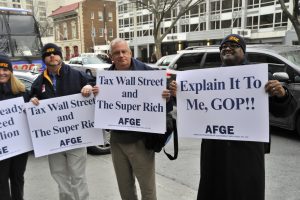 The political philosopher Chiara Cordelli developed this perspective.  She reasons that under current conditions, the rich are not entitled to all of their wealth.

After all, under more just circumstances, they would likely be earning less and taxed more. Therefore, the rich should not think of what they spend on charity as a matter of personal discretion, nor simply as something to make lives better, Cordelli argues.

Instead, she sees excessive wealth as a debt to be repaid unconditionally to repair crumbling public services.  One way that donors can engage in reparative philanthropy is by supplementing the budgets of cash-strapped public schools, as Chancelor Bennett – the Grammy-winning Chance the Rapper – is doing in Chicago.

This perspective may sound radical or new but it isn’t.  The 19th-century luminary John Stuart Mill and the civil rights leader Martin Luther King Jr. both embraced it.

Its adherents acknowledge that dismantling the structural causes of poverty and discrimination is hard and can take decades or longer.  But they observe that even small policy changes can do more for large numbers of people than even the biggest charitable initiatives.

Gifts to political parties and lobbyists may not sound like a conventional way to be charitable and are not currently tax-deductible.  But many advocacy nonprofits, voter education initiatives and community empowerment groups are considered charities by U.S. law and eligible for tax-deductible donations.

An animated lecture of controversial philosopher Slavoj Zizek discusses the irony of giving to charity amid unjust policies.

Perhaps no single school of thought offers a perfect guide to responsible giving.

But the scholars who espouse these different positions all agree on one key point: Donors should reflect more on their giving decisions.

Whether you settle on one school of thought or draw from several of them, thinking more about what it means to be charitable will help you give more responsibly.

Ted Lechterman is a Postdoctoral Fellow at the McCoy Family Center for Ethics in Society at Stanford University.

You can find a list of charities – most of which are vegan – here on A Well-Fed World‘s website.

This article was originally published in theconversation.com and is reproduced here under a creative commons licence.