In this article James O’Donovan shows how and why Animal Agriculture is the key cause of Climate Change and Veganism can reforest vast areas of land and completely reverse climate change. 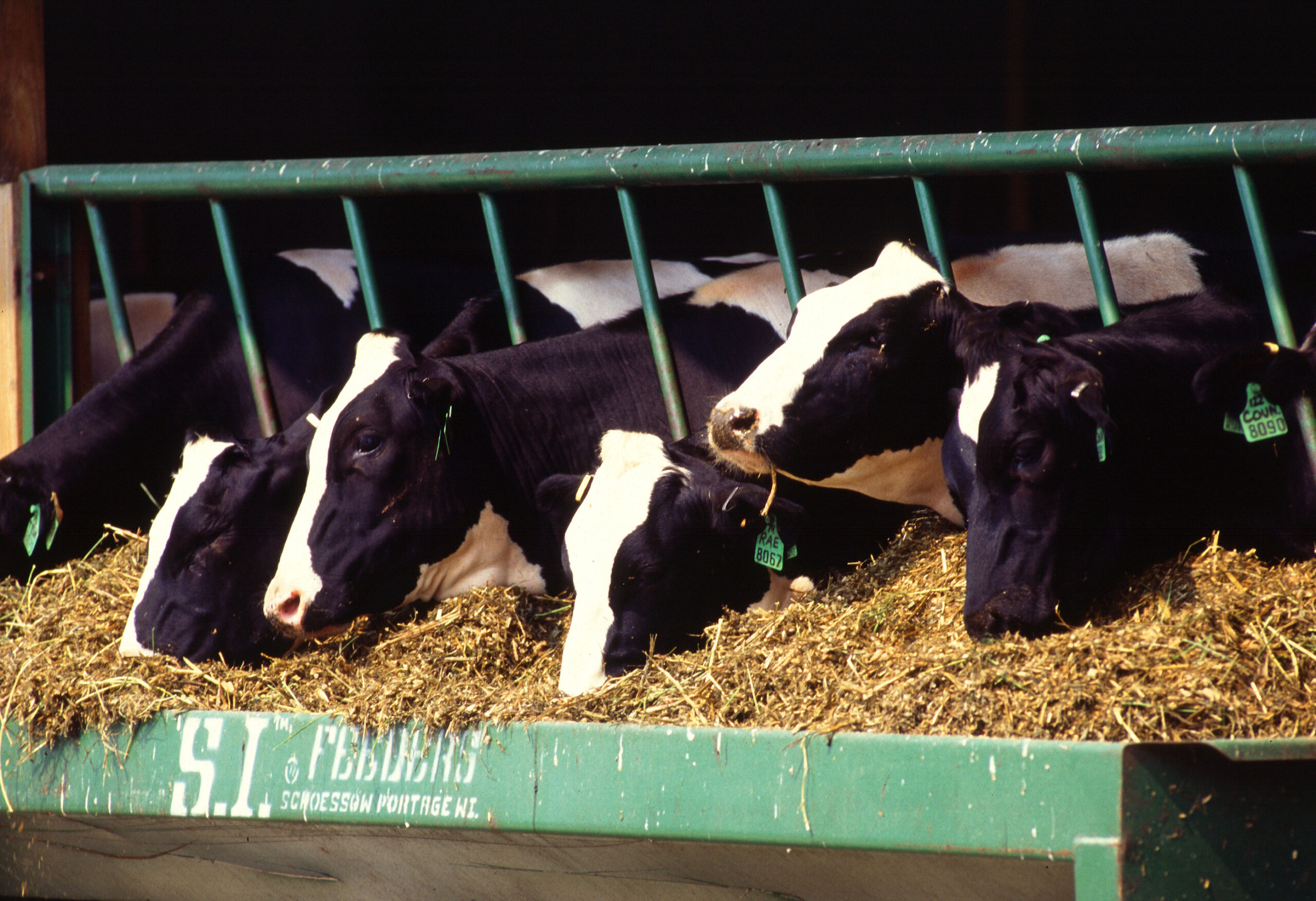 This article is a bit technical but even if you are not technically minded all you need is addition, multiplication and a little patience.  Do take the time to look carefully at the graphs as they contain a lot of information.  It is far from a peer-reviewed article and more like a back of the envelope calculation though the sources of the estimates are referenced and reliable.

The 2014 Inter-governmental Panel on Climate Change (IPCC) 5th Assessment Report (AR5) (the latest one) calculated the 2010 anthropogenic Greenhouse gas (GHG) emissions at 49 billion tonnes or giga tonnes (Gt) of Carbon Dioxide equivalent per year (CO2eq/yr).  The IPCC also reported that globally Agriculture, Forestry and Other Land Use Change (AFOLU) is responsible for 24% of GHG emissions or 11.8 Gt CO2eq/yr.  The below diagram shows the lower estimates of AFOLU emissions between 1970 and 2009 and not the emission ranges.

1. Agricultural soil emissions total 2GtCO2eq/yr.  This is made up of:

There is wide variation in the different estimates of emissions from FOLU. “Annual GHG flux from land use and land-use change activities accounted for 4.3 – 5.5 GtCO2eq/yr.  FOLU activity is dominated by CO2 fluxes, primarily emissions due to deforestation, but also uptake due to reforestation / regrowth.  Non-CO2 greenhouse gas emissions from FOLU are small in comparison, and mainly arise from peat degradation through drainage and biomass fires.”  The below diagram shows the IPCC Breakdown of mean annual CO2 fluxes from deforestation and forest management in tropical countries (GtCO2/yr).

In summary the IPCC estimate annual agricultural GHG emissions at 5.0–5.8 GtCO2eq/yr and annual GHG flux from land use and land-use change activities at 4.3–5.5 GtCO2eq/yr.  Combining them shows that overall AFOLU contributes 9.3-11.3 Gt CO2eq/yr although the IPCC also reports a figure of 24% of total GHG emissions which is 11.8 Gt CO2eq/yr.

For the IPCC “Only agricultural non-CO2 sources are reported as anthropogenic GHG emissions.  The CO2 emitted is considered neutral, being associated with annual cycles of carbon fixation and oxidation through photosynthesis.“

Again for the IPCC “Only agricultural non-CO2 sources are reported as anthropogenic GHG emissions.“  The IPCC reports 11.6 Gt of Carbon emitted by land based respiration and 14.1 Gt of C sequestered by land based photosynthesis to give a net flux of 2.5 Gt/yr sequestered.  This respiration comes from all biomass including animals, insects and bacteria.

At vegan sustainability magazine (VSM) we came up with our own estimate for the emissions from the overall food system and from animal agriculture based on IPCC, FAO and UN data.

In May 2017 a Joint Working Party on Agriculture and the Environment of the OECD produced a report on Improving Energy Efficiency in The Agro Food Chain.  This stated that the agri-food sector uses 30% of Fossil Fuels and generates 20% of global GHG emissions.  So assuming 20% of 49 Gt CO2eq/yr gives 9.8 Gt CO2eq/yr.  We assumed that 70% of this, or 6.9 Gt CO2eq/yr, is for animal agriculture as they use slaughterhouses, and need more freezing and refrigeration and packaging, etc.

The FAO estimate that a third of all food produced is wasted.  In a recent report the FAO calculated that the GHG emissions from “Global food loss and waste generate annually 4.4 GtCO2 eq/yr.“ or 9% of all GHG emissions – about a third of that (estimated from the below FAO diagram) is for animal agriculture (1.5 GtCO2eq).

This does not include the enormous quantities of waste generated by slaughter houses which is called Animal Based Product.  Some of this is used as an input into tallow oil and pet food production and is considered an industrial waste product.  I have not found an estimate for the GHG emissions of this waste stream.  But we produce 310 Mt of meat that generates about 300 Mt of waste animal based product, which contains 120 Mt of C or 0.44 Gt CO2 eq/yr.  This increases the total waste emissions to 4.8 GtCO2eq/yr and for animal agriculture to 1.9 GtCO2eq/yr.

The IPCC does not include agricultural CO2 emissions as anthropogenic GHG emissions.  The loss of soil organic carbon is an important source of anthropogenic CO2.  The Global Land Outlook Report estimates that 2Gt of Carbon or 7.3 Gt CO2 eq/yr are lost annually from soils degradation.  Since 80% of Agricultural Land is used for animal agriculture, soil organic carbon decay adds an additional 5.9 Gt CO2 eq/yr to animal agriculture emissions.

Emissions would total 78.2 GtCO2eq/yr with 10.3 GtCO2eq/yr of sequestration to give a total net emissions of 67.9 GtCO2eq/yr.

Animal agriculture generates 76% of the food system emissions and 48% of total emissions.

The below IPCC diagram shows that agriculture is responsible for 53%, fossil fuels for 27% and wastewater and landfills for 20% of global anthropogenic methane production.  Animal agriculture is directly responsible for 33%.  The production and consumption of food by humans and the waste this generates could be responsible for as much as 70% of global anthropogenic methane production.  If we chose a 20 year time horizon this would increase the proportion of methane GHG emissions from 16% to 40% or from 7.8 GtCO2/yr to 19.7 GtCO2/yr.  The food system methane emissions would increase from 5.5 GtCO2/yr to 13.7 GtCO2/yr.

Animal agriculture’s methane emissions would increase from 2.6 GtCO2/yr to 6.5 GtCO2/yr.  This change would result in a slight increase in the contribution of the food system but further highlights that this sector is where action needs to be taken to reverse climate change.

Is Renewable Energy the Solution to Climate Change?

The way the IPCC is choosing to present its Climate Change reports is not leading to a clear understanding of the causes of climate change.  The conversion of the entire fossil fuel sector to renewable energy WILL NOT REMOVE ANY GHGs from the atmosphere and some estimates indicate that it will cost $53 trillion between now and 2035.  It will dramatically reduce current emissions and reduce some of the 7 million premature human deaths caused by air pollution.  It will also help prepare for potentially higher energy prices due to increased demand and eventual peak fossil fuels.  Biomass and biofuels emit at least double the GHG emissions of fossil fuels so they are not a part of the solution and they will increase climate destabilisation especially when forests are converted to biomass plantations.  The transition to renewable energy is not the solution to climate change.  This will be beneficial if implemented appropriately but it is not what is needed now.

We need to move immediately to a Vegan Food System

Animal agriculture converts 8,650 million tonnes of feed to just 460 million tons of meat and eggs wasting over 90% of the calories.  If we just consider the calories lost from grain and soya beans, animal agriculture manages to convert enough healthy food for 7.5 billion people into enough unhealthy food for 1.5 billion people by first feeding it to animals.  The agriculture system produces this food while obliterating ecosystems on over 50% of the productive land on the planet.  Fortunately we now know that All GHG emissions in the atmosphere can be sequestered by converting to a vegan agricultural system and reforesting just 41% of the land currently used for grazing.  And this will save trillions of lives every year.  We will always need a food system but by converting to a vegan agricultural system and allowing the grazing land to reforest and the oceans to recover we can reverse climate change, eliminate biodiversity loss and end the violence of animal agriculture.  Let us work together towards a vegan world.  It is already beginning.

For more on how this transition can reverse climate change, biodiversity loss and desertification please visit www.climatehealers.org.

You can listen to an excellent Rich Roll podcast with Sailesh Rao on, Why Ahimsa (Nonviolence) Is An Essential Response to Climate Change.

A new campaign in Ireland calling for an end to subsidies for Animal Agriculture...

Meat the Cause of the Drought

The majority of water in our country is used in agriculture with nearly 60%...
Previous articleThe Psychology of Becoming Vegan
Next articleMultiple Sclerosis and Plant-Based Nutrition