With a massive decline in Ocean birdlife and Fish stocks predicted to collapse by 2048, we need to take radical actions to protect and restore ocean ecosystems.

Two recent global studies give a clear indication how the fishing industry is massively reducing biodiversity and undermining the health of ocean ecosystems.

The first study (McCauley et al, 2015) compared patterns of terrestrial and marine defaunation (science speak for killing marine animals). Defauna­tion began in earnest tens of thousands of years later in the oceans than it did on land, and “although defaunation has been less severe in the oceans, our effects on marine animals are increasing in pace and impact. Humans have caused few complete extinctions in the sea, but we are responsible for many ecological, commercial, and local extinctions. Despite our late start, humans have already powerfully changed virtually all major marine ecosystems.” 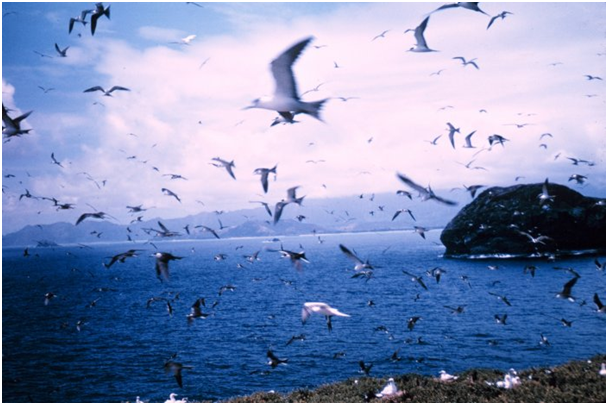 The second study (Paleczny et al, 2015) looked at seabird populations.  The lives of seabirds allows them to be affected by long-term and large-scale environmental impacts. Seabirds are long-lived, wide-ranging and because they forage higher up the food chain they are strongly influenced by threats to marine and coastal ecosystems. Seabird population changes are good indicators of long-term and large-scale changes in marine ecosystems. A group of scientists assessed the population trends of the world’s monitored seabirds between 1950 and 2010. They found the monitored portion of the global seabird population to have declined overall by a shocking 69.7% between 1950 and 2010. 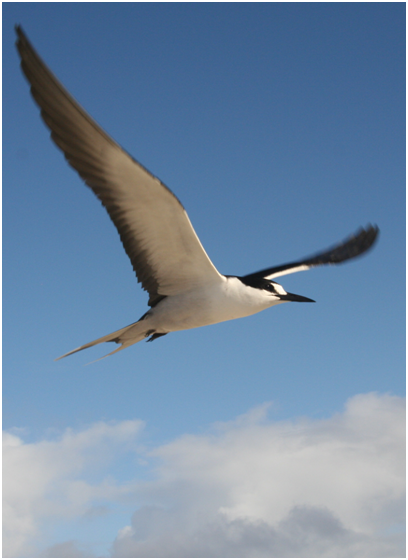 This monitored population represented approximately 19% of the global seabird population. The decline in seabird populations is a clear indication that our Ocean Ecosystems are in trouble. The report states that “Human activities are threatening the world’ s marine ecosystems, causing changes to species abundance and distribution that alter ecosystem structure, function and resilience.“ The main threats include entanglement in fishing gear, overfishing of food sources, climate change, pollution, disturbance, direct exploitation, development, energy production, and introduced species (predators such as rats and cats introduced to breeding islands that were historically free of land-based predators).  But by far the single largest threat is fishing, which even at the local level kills billions of marine animals.

There is no such thing as Sustainable Fishing

The World Wildlife Fund describes how fish species and a whole host of other marine life, are severely threatened by fishing. As a result:

It’s not just the fish we eat that are affected.  Each year, hundreds of billions of unwanted fish and other animals – like whales, dolphins, marine turtles, seabirds, sharks, and corals – die due to inefficient, illegal, and destructive fishing practices including bottom trawling. This is highlighted in the below infographic from the UN Food Aid Organisation.

Why is this happening?

The main problem is the massively subsidized fishing industry.  OceanCanada and their collaborators from the Sea Around Us and the Nereus Program have published an updated estimate of global fisheries subsidies in the international journal Marine Policy.  They found “that $35 billion in subsidies are put into fishery industries around the world every year. Given that the total global revenue from fishing is $90 billion per year, landed and sold, a third of revenue is from handouts”.  Further information on Global Fishing Subsidies is highlighted in the below infographic. The fishing industry, often with support from various government bodies, increases the consumption of fish.  They fund research that emphasises the supposed health benefits of fish. They also use direct advertising and TV cookery programs, etc. Overfishing is further exacerbated by unfair fisheries partnership agreements that allow foreign fleets to overfish in the waters of developing countries, and by illegal pirate fishing boats.

The removal of subsidies for fishing would be a huge step toward eliminating industrial scale fishing.  The introduction of Marine Protected Areas where fishing is illegal is also being investigated by a number of countries, but as yet only 2% of the oceans are safe havens for ocean wildlife. Fish is a primary protein for only 20% of the population – mostly in South East Asia and other coastal communities. In order to prevent the further collapse of ocean wildlife populations we need to go vegan – replacing the unhealthy high fat and high cholesterol animal protein with the much healthier and ecologically sustainable plant proteins.