‘Awesome’ is probably the best way to describe Nevfest6 – the 6th North East Vegan festival which was held in Newcastle-Upon-Tyne on July 10th. I’ve been vegan for over 7 years now, but this was only the second vegan festival I had ever attended. I really need to get out more! The festival was held in Newcastle’s Metro Radio Arena – a huge stadium with lots of space for people to walk comfortably around the vast array of stalls and enjoy what was on offer.

There were many stalls serving hot food like burgers, hotdogs, pies and curries, as well as artisan cheese and vegan faux meats. There were also lots of sweet treats on offer such as cupcakes, cream cakes, pastries, chocolate and candy. As I was there early in the morning I headed straight for the cream cake stall where I purchased 2 cream doughnuts – a treat I have not had for many years. Don’t get me wrong, I try to eat a healthy whole food diet with as few processed and sugary treats as possible, but when an opportunity like this arises I grab it with both hands! 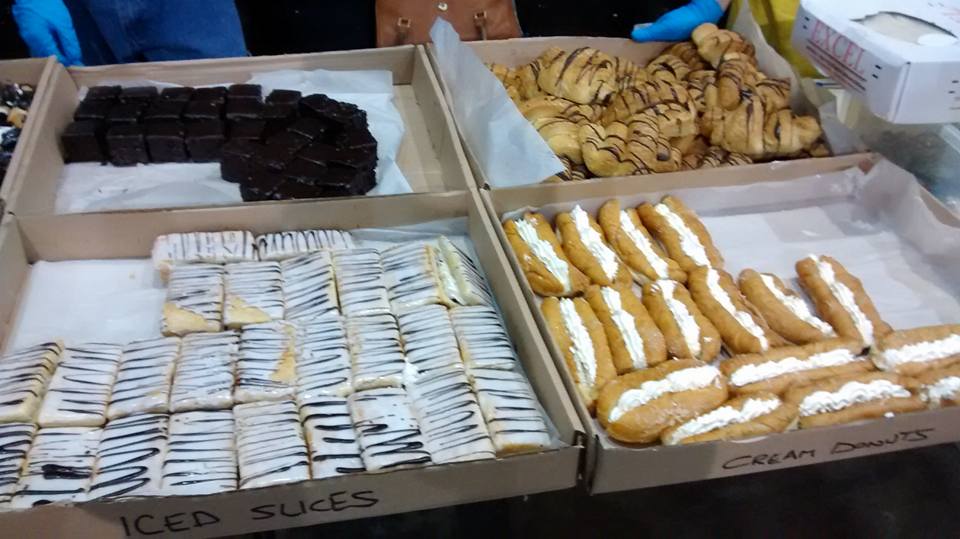 The festival had its fair share of animal advocacy stalls as well, including Sea Shepherd, Go Vegan World and iAnimal360 – to mention just a few. Vegan shoes were on sale from Freerangers and there were many stalls selling clothing, t-shirts, perfumes, jewellery and cosmetics. There was an obvious emphasis on the environment and eco-friendly living at the event as well, with a number of electric cars on display including the new Tesla model! 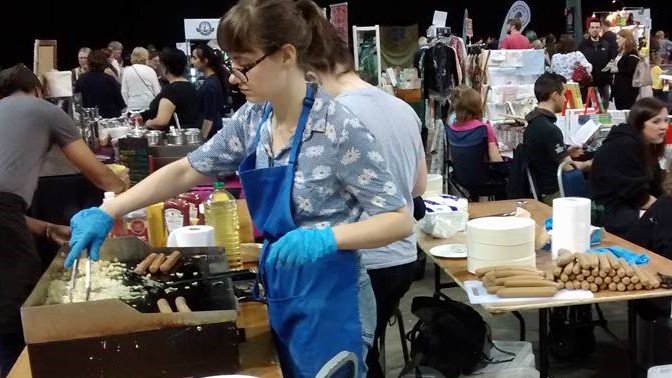 Live music from the stage created a great atmosphere throughout the day, and there was a stream of talks on another stage by speakers including Green MEP Keith Taylor and Go Vegan World campaign director Sandra Higgins.  There were also showings of Cowspiracy, Vegucated and Live and Let Live.

If you haven’t yet been to a vegan festival I highly recommend that you go to one, even if you have to travel or stay overnight.  It is great to meet so many people who are vegan and passionate about this way of living. Many non-vegans also attended the event – a great way to showcase the vegan lifestyle and to demonstrate the reasons why we all need to live vegan.