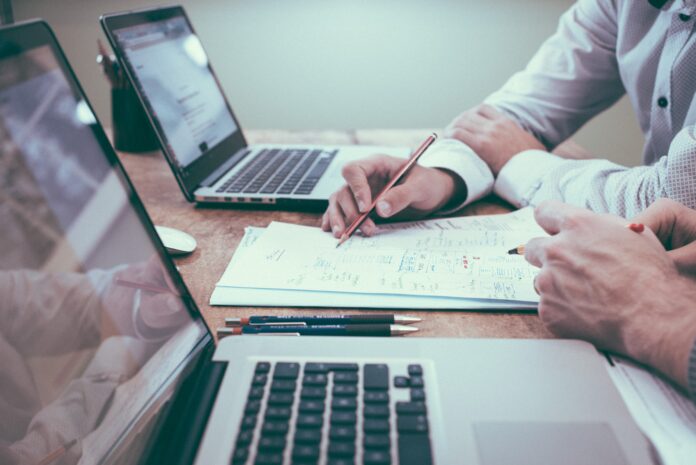 Part 4 – The Benefits of a Plant Based Agricultural System

Veganism has the potential to reverse Climate Change, save millions of lives, restore damaged forests and ecosystems and stop the 6th Mass Extinction of wildlife.  The following research papers illustrate just some of these benefits.  Of particular importance is the paper The Lifestyle Carbon Dividend, which shows that climate change can be completely reversed by a transition to a vegan diet and reforestation.  The other research papers highlight various issues including the negative impact of animal agriculture subsidies and the incredible inefficency of food and protein production by farm animals.  They also highlight the human health, climate change and ecosystem benefits of a transition to a plant based diet.

Analysis and valuation of the health and climate change co-benefits of dietary change, Marco Springman, PNAS, 2015.

This research paper concluded that moving to diets with fewer animal-sourced foods and more fruits and vegetables would have major benefits. They estimated that adoption of global dietary guidelines would result in 5.1 million avoided deaths per year. Adoption of a vegetarian diet would save 7.3 million lives and global veganism would save 8.1 million lives. (plus the countless lives of other species).  Business as usual resulted in GHG emissions associated with food consumption to increase by 51% by 2050. Food-related GHG emissions in the dietary guidelines scenario were 29% less than reference emissions in 2050 and 7% greater than emissions in 2005/2007. The vegetarian diets resulted in food-related GHG emissions by 2050 that were 45–55% lower than the 2005/2007 levels and the vegan diet resulted in emissions that were 63–70% lower than the reference.“ The report also estimated that a “global switch to a vegan diet would lead to healthcare-related savings and avoided climate damages of $1.5 trillion (US).“

This paper did not assume adoptation of a vegan diet but did assume that agricultural areas that were established on previously forested areas would be reforested and people would eat less meat.

Natural climate solutions (NCS) can provide 37% of cost-effective CO2 mitigation needed through 2030 for a more than 66% chance of holding warming to below 2 °C. One-third of this cost-effective NCS mitigation can be delivered at or below 10 USD per MgCO2. Most NCS actions—if effectively implemented—also offer water filtration, flood buffering, soil health, biodiversity habitat, and enhanced climate resilience…..Forest pathways (reforestation and avoiding deforestation) offer over two thirds of cost-effective NCS mitigation needed to hold warming to below 2°C and about half of low-cost mitigation opportunities. Reforestation is the largest natural pathway and deserves more attention to identify low-cost mitigation opportunities. Reforestation may involve trade-offs with alternative land uses, can incur high costs of establishment, and is more expensive than Avoided Forest Conversion (which will increase with Biomass goals).

This paper calculated the carbon sequestration potential of grasslands and pasturelands that can be reverted to native forests as 265 GtC (on 19.6 MKm2 of land area), just 41% of the total area of such lands on Earth. According to ISAM, all the grasslands and pasturelands on earth, put together, comprise 47 MKm2 of land and sequester just 53 GtC today. That works out to a little over 1.1 KgC/m2. On average, native forests sequester more than ten times as much carbon per unit area than grasslands.

In a separate 2012 study by Meiyappan and Jain they calculated the emissions of GHG from global historical land use changes showing a large increase after the 1950s as tropical forests were deforested for beef, soy, palm oil, and wood products.

The grasslands and pasturelands are assumed to revert back to native forest biomes that existed prior to the industrial era. These would include tropical, temperate and boreal forests depending on the location. The results are validated with above ground re-growth measurements. Since this carbon sequestration potential is greater than the 240 GtC that has been added to the atmosphere since the industrial era began, it shows that such global lifestyle transitions have tremendous potential to fully reverse climate change. You can read an interview between Keith Akers and Sailesh Rao on this study here.

“The paper shows that even under extreme assumptions, some form of dietary change will be necessary to reach EU climate change targets.  Results indicate that land use could be cut by 14–86 % and GHG emissions reduced by up to approximately 90 %” (with a plant based diet).

This Chatham House Report begins with an overview of the problem posed by livestock emissions pointing out that “Human consumption of meat and dairy products is a major driver of climate change. Greenhouse gas (GHG) emissions associated with their production are estimated to account for over 14.5 percent of the global total. This is more than the emissions produced from powering all the world’s road vehicles, trains, ships and aeroplanes combined.“ The impact of animal agriculture is increasing with “Demand for animal products rising fast. By 2050, consumption of meat and dairy is expected to have risen 76 per cent and 65 per cent respectively against a 2005–07 baseline, compared with 40 percent for cereals.“ According to one study, if current dietary trends (increasing global consumption of animal products) were to continue, emissions of CH4 and N2O would more than double by 2055 from 1995 levels. Average global estimates suggest that, per unit of protein, GHG emissions from beef production are around 150 times those of soy products, by volume, and even the least emissions-intensive meat products – pork and chicken – produce 20–25 times more GHGs. “It also represents a staggeringly inefficient use of resources: meat and dairy products contain only 2.6 per cent of the feed and pasture biomass fed to animals; the remaining 97.4 per cent is lost.“ Despite this the report’s authors still only advocate that “greater effort should be devoted to moderating consumption of meat and dairy products as a means to reduce GHG emissions.“ Given “the scale and trajectory of emissions from the livestock sector, it attracts remarkably little policy attention at either the international or national level…..The dearth of policies and funding to tackle livestock emissions stands in marked contrast to the abundance of government support afforded to meat and dairy producers. Livestock subsidies among OECD countries amounted to $53 billion in 2013.

In the EU, cattle subsidies alone exceeded $731 million, equivalent to $190 per cow. This largesse is not confined to industrialized countries. In China, for example, pork subsidies exceeded $22 billion in 2012, equivalent to about $47 per pig.“ The report concludes that “Shifting global demand for meat and dairy produce is central to achieving climate goals. Recent analyses have shown that it is unlikely global temperature rises can be kept below two degrees Celsius without a shift in global meat and dairy consumption.“

This is a long detailed report comparing the climate impacts of grass fed livestock and factory farming. The report has a wide range of conclusions including “The highly ambitious claims made about the potential for holistic grazing to mitigate climate change are wrong. The sequestration potential from grazing management is between 295–800 Mt CO2-eq/year: this offsets only 20-60% of annual average emissions from the grazing ruminant sector, and makes a negligible dent on overall livestock emissions. Expansion or intensification in the grazing sector as an approach to sequestering more carbon would lead to substantial increases in methane, nitrous oxide and land use change-induced CO2 emissions. Grazing livestock – even in a best-case scenario – are net contributors to the climate problem, as are all livestock. Good grazing management cannot offset its own emissions, let alone those arising from other systems of animal production. Ultimately, if high-consuming individuals and countries want to do something positive for the climate, simply switching to grass-fed beef is not a solution. Eating less meat, of all types, is.“

This report advocates eating less meat and eating pasture fed organic meat though it’s now clear from the above FCRN report that this is not a viable solution to climate change. So while not advocating a plant based agricultural system the report still has to conclude that “While best management practices can demonstrably reduce overall emissions and environmental harm, the most effective and efficient way to reduce greenhouse gas emissions and environmental impacts from livestock is simply to eat, waste and produce less meat and dairy“. This graphic from the report shows each food broken down by greenhouse gas emissions for the United States. (For comparison, the average car today emits about 0.41 kilograms of CO2 per mile driven.) Red shows the post production emissions (transport, freezing, etc.) and green shows production emissions.

The Full Report can be read at EWG and CleanMetrics

This article is a bit technical but even if you are not technically minded...

It's worth noting that while the transition to a vegan agricultural system can be...