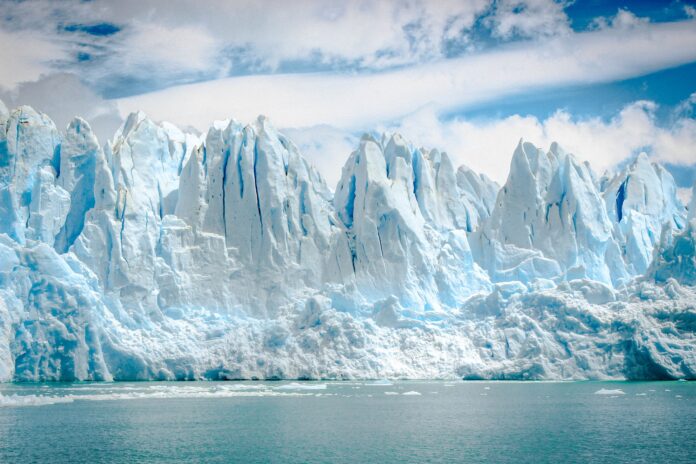 Part 2 – Sources and Quantities of Emissions from AFOLU

This section explores in detail the contribution of AFOLU to GHG emissions.  We highlight the assumptions the IPCC makes for its calculations.  We bring together information from the FAO and the UNDP to arrive at an estimate for the total food system emissions and the contribution of animal agriculture.  This estimate includes emissions from deforestation, the fossil fuels used in the food system and from food waste.  We also include estimates for soil carbon emissions and emissions from the biomass used for animal feeds.

The IPCC reported that globally Agriculture, Forestry and Other Land Use Change (AFOLU) is responsible for 24% of GHG emissions or 11.8 Gt CO2eq/yr.  According to the IPCC AR5 “Annual GHG emissions from agricultural production in 2000 – 2010 were estimated at 5.0 – 5.8 GtCO2eq/yr while annual GHG flux from land use and land-use change activities accounted for approximately 4.3 – 5.5 GtCO2eq/yr.” The below diagram shows AFOLU emissions between 1970 and 2009 but not the emission ranges for the sources.

1. Agricultural soil emissions total 2GtCO2eq/yr.  This is made up of;

There is wide variation in the different estimates of emissions from FOLU. “Annual GHG flux from land use and land-use change activities accounted for 4.3 – 5.5 GtCO2eq/yr. FOLU activity is dominated by CO2 fluxes, primarily emissions due to deforestation, but also uptake due to reforestation / regrowth. Non-CO2 greenhouse gas emissions from FOLU are small in comparison, and mainly arise from peat degradation through drainage and biomass fires.”

The below diagram shows the IPCC Breakdown of mean annual CO2 fluxes from deforestation and forest management in tropical countries (GtCO2/yr).

For the IPCC “Only agricultural non-CO2 sources are reported as anthropogenic GHG emissions. The CO2 emitted is considered neutral, being associated with annual cycles of carbon fixation and oxidation through photosynthesis.“

Again for the IPCC “Only agricultural non-CO2 sources are reported as anthropogenic GHG emissions.“  The IPCC reports 11.6 Gt of C emitted by land based respiration and 14.1 Gt of C sequestered by land based photosynthesis to give a net flux of 2.5 Gt/yr sequestered.  This respiration comes from all biomass including animals, insects and bacteria.

Other Reports on AFOLU

There are different figures given for AFOLU emissions by different agencies and researchers. The FAO’s 2006 report Livestock’s Long Shadow estimated that 7.1GtCO2eq/yr, or 18% of annual worldwide GHG emissions, are attributable to cattle, buffalo, sheep, goats, camels, horses, pigs, and poultry.  This was updated in 2013 when the estimate of GHG remained roughly the same but due to increased fossil fuel emissions the percentage dropped to 14.5%.

Foley et Al estimated that agriculture was responsible for “30-35% of GHG emissions largely from tropical deforestation, methane emissions from livestock and rice cultivation, and nitrous oxide emissions from fertilized soils.”

Livestock and Climate Change by Anhang and Goodland, 2009

In 2009 an important paper “Livestock and Climate Change” authored by Environmental Consultants Jeff Anhang (with the World Bank) and Robert Goodland (with the UN Agency the International Finance Corporation) was published by the World Watch Institute. They outlined how current estimates of the impact of livestock are an underestimate and suggest that livestock production alone account for at least 51% of anthropogenic GHG emissions. The various additional contributions are outlined below.

Their estimate that livestock respiration generates 8.7 Gt.CO2eq/yr is significant.  IPCC AR5 calculated 11.7 Gt. C for total global respiration and 14.1 Gt C absorbed by plant photosynthesis to give a net sink of 2.6 Gt C.  The IPCC does not include the CO2 emissions of animal respiration under anthropogenic emissions, stating that “Respiration by livestock is not a net source of CO2….Emissions from livestock respiration are part of a rapidly cycling biological system, where the plant matter consumed was itself created through the conversion of atmospheric CO2 into organic compounds. Since the emitted and absorbed quantities are considered to be equivalent, livestock respiration is not considered to be a net source.” According to the IPCC a significant quantity of the plant food eaten by livestock may regenerate (this depends on rainfall, stocking density, soil type, etc.).

However a 2017 paper titled “Unexpectedly large impact of forest management and grazing on global vegetation biomass” highlighted that “Carbon stocks in vegetation have a key role in the climate system. However, the magnitude, patterns and uncertainties of carbon stocks and the effect of land use on the stocks remain poorly quantified.” They showed, using state-of-the-art datasets, “that vegetation currently stores around 450 petagrams (Gt) of carbon. In the hypothetical absence of land use, potential vegetation would store around 916 petagrams (Gt) of carbon, under current climate conditions.” This difference highlights the massive effect of land use on biomass stocks. “Deforestation and other land-cover changes (mostly caused by animal agriculture) are responsible for 53–58% of the difference between current and potential biomass stocks. Land management effects (the biomass stock changes induced by land use within the same land cover) contribute 42–47%.“  This study indicates that we have lost 466 Gt of plant biomass.  Animal biomass plays a key role in converting plant biomass to GHGs. Globally livestock are causing a massive decrease in the quantity of plant and soil biomass and the carbon they store emitting significant quantities of what should be considered anthropogenic GHG emissions. These massive land use changes are key to understanding why a vegan agricultural system and reforestation are key climate change solutions as outlined in the research papers in Part 4.

At vegan sustainability magazine (VSM) we came up with our own estimate of the GHG emissions caused by animal agriculture.

Animal agriculture occupies 80% of agricultural land and is by far the largest impact on land use with resultant GHG emissions.  This happens a variety of ways from the historical deforestation of 20 million km2 of forest, draining of wetlands (7.2 million km2) and destruction of peat-lands (250,000 km2) and mangrove forests (320,000 km2).  From the IPCC AR5 we calculated that there are 15.3 GtCO2eq/yr of emissions and 10.3 GtCO2eq/yr of sequestration.  We assigned 13 GtCO2eq/yr of deforestation and fire emissions to agriculture excluding industrial logging and fuel wood harvest.  Assuming animal agriculture is responsible for 80% increases its share by an additional 10.4 GtCO2eq/yr.

In 2017 an OECD Joint Working Party on Agriculture and the Environment produced a report on Improving Energy Efficiency in The Agro Food Chain. This stated; “FAO’s (2011) indicative estimates on energy consumed by the agri-food sector and its components show that:

So assuming 20% of 49 Gt CO2eq/yr gives 9.8 Gt CO2eq/yr. We assumed that 70% of this, or 6.9 Gt CO2eq/yr, is for animal agriculture as they use slaughterhouses, and need more freezing, refrigeration, packaging, etc.

The FAO estimate that a third of all food produced is wasted.  The FAO calculated that the GHG emissions from “Global food loss and waste generate annually 4.4 GtCO2 eq/yr.“  In the below diagram the FAO show that about a third of that is for animal agriculture (1.5 GtCO2eq/yr).

This does not include the enormous quantities of waste generated by slaughterhouses which is called Animal Based Product as this is used as an input into tallow oil and pet food production and is considered an industrial waste product. I don’t have any estimate for the GHG emissions of this waste stream.  If we produce 310 Mt of meat that generates about 300 Mt of animal based product, which contains 120 Mt of C or 0.44 Gt CO2 eq/yr.  This increases the total waste emissions to 4.8 GtCO2eq/yr and for animal agriculture to 1.9 GtCO2eq/yr.  Some of this is converted to pet food and tallow oil but could be counted here.

“According to Rattan Lal, director of Ohio State University’s Carbon Management and Sequestration Center, the world’s cultivated soils have lost between 50 and 70 percent of their original carbon stock, much of which has oxidized upon exposure to air to become CO2.  In grasslands up to 75% (depending on the species) of the total plant biomass is below the soil surface.  There are an estimated 2,500 Gt of carbon in soil, compared with 800 Gt in the atmosphere and 560 Gt in plant and animal life.” According to the Global Land Outlook Report “A third of the planet’s land is severely degraded and fertile soil is being lost at the rate of 24bn tonnes a year”.

This is particularly the case for grasslands like the Cerrado and the US Praries. The below diagram shows the extensive roots of native plants. The roots of Kentucky Rye Grass a typical monoculture grass is shown on the far left.

The Global Land Outlook Report states further “To date, global soil organic carbon has been reduced by 176 Gt compared to the natural, undisturbed state. If current trends continue, anthropogenic land-based carbon emissions from soil and vegetation will roughly add another 80 Gt of carbon to the atmosphere over the 2010–2050 period (2Gt of carbon/yr) equivalent to about 8 years of current global carbon emissions from fossil fuels.“ These are additional food system emissions of 2 Gt of Carbon/yr which is an additional 7.3 Gt CO2eq/yr. Since 80% of Agricultural Land is used for animal agriculture soil organic carbon decay adds an additional 5.9 Gt CO2 e/yr to animal agriculture emissions.

Emissions would total 78.2 GtCO2eq/yr and 10.3 GtCO2eq/yr of sequestration to give a total net emissions of 67.9 GtCO2eq/yr.

Animal agriculture generates 76% of the food system and 48% of total emissions.

The IPCC shows that agriculture is responsible for 53%, fossil fuels for 27% and wastewater and landfills for 20% of global anthropogenic methane production. Animal agriculture is directly responsible for 33%. The production and consumption of food by humans and the waste this generates could be responsible for as much as 70% of global anthropogenic methane production. If we chose a 20 year time horizon this would increase the proportion of methane GHG emissions from 16% to 40% or from 7.8 GtCO2/yr to 19.7 GtCO2/yr. The food system methane emissions would increase from 5.5 GtCO2/yr to 13.7 GtCO2/yr. The animal agricultures methane emissions would increase from 2.6 GtCO2/yr to 6.5 GtCO2/yr. This change would result in an increase in the contribution of the food system and highlight that this sector is where action needs to be taken to reverse climate change.

Emissions would total 90.1 GtCO2eq/yr and 10.3 GtCO2eq/yr of sequestration to give a total net emissions of 79.8 GtCO2eq/yr.

Animal agriculture would generate 72% of the food system and 46% of total emissions.

Part 3 - Solutions to Climate Change The main solution being promoted by both governments...

Imagine going to a doctor with a persistent, mild fever. The doctor examines you...