Animal Sentience
May 31, 2017
ViaThe Someone Project

“Cows have a secret mental life in which they bear grudges, nurture friendships, and become excited over intellectual challenges…” — The Sunday Times (UK). Goats are merry pranksters, chickens and turkeys are inquisitive and always exploring, pigs are the brains of the operation, and cattle are the farm’s deeply social and most contemplative residents. 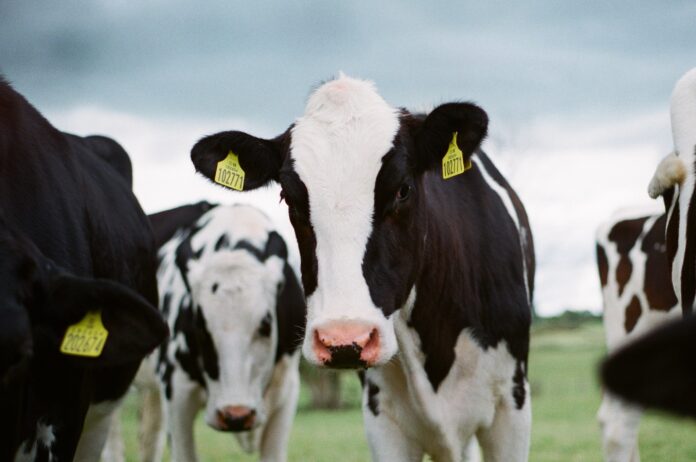 Cows interact with one another in complex ways, forming collaborative relationships for example, they form “grooming partnerships,” just like chimpanzees, learning from one another, and making decisions based on altruism and compassion. Sunday Times science editor Jonathan Leake explains that “cows have a secret mental life in which they bear grudges, nurture friendships, and become excited over intellectual challenges…”

As a researcher at Moulton College in the UK, Krista McLennan has documented the fact that cattle form deep friendships and strong family bonds. Like humans, when cattle “have their preferred partner with them, their stress levels in terms of their heart rates are reduced compared with if they are with a random individual.”

Because of their complex social lives, they are also quite intelligent. Professor Donald Broom from Cambridge University explains: “[S]ocial animals such as cattle…need substantial intellectual ability in order to cope with their complex social life.” As another indication of their intelligence, cows have great memories. Professor Joe Stookey from the University of Saskatchewan explains that cattle “demonstrate good spatial memory (they remember where things are located). … They can remember migration routes, watering holes, shelter, and the location of their newborn calf.” Other researchers report that cows remember the best spots in a pasture for grazing.

They are also good problem solvers. Professor Broom explains that when cows solve problems, “[t]heir brainwaves showed their excitement; their heartbeat went up, and some even jumped into the air. We called it their Eureka moment.” Explains Guardian science reporter Laura Spinney, “The evidence that they are capable of learning associations suggests brains that are…aware of what has happened in the past and of acting on it in the future.”

Dr. John Webster echoes Sell’s comments in Marc Bekoff’s wonderful book, The Emotional Lives of Animals: “You only have to watch how cows and lambs both seek and enjoy pleasure when they lie with their heads raised to the sun on a perfect English summer’s day. Just like humans.”

Farm Sanctuary’s Susie Coston reflects: “Cinci holds a special place in our hearts here at Farm Sanctuary. She leapt a six-foot fence at a slaughterhouse near Cincinnati (hence her name) and hid out in a park for 10 days before she was finally caught by the local SPCA. As you can imagine, she was incredible and very smart. Farmers said she was dangerous — that she was probably culled from a breeding herd because she was nuts, and she would likely kill someone, but she was nothing but respectful to us.

Well, except this one time. We were attempting to have her hooves trimmed with the other cattle. The trimmer came with his chute and set up. We got to Cinnci, and she slammed the trimmer to the ground, turned, and took out two gates and a slider door in a matter of about 30 seconds. Then she jumped the fence. When the trimmer drove away, she returned to the herd. From that point on, when she heard his truck — which clanks with metal — she would jump the fences and stay far away until he left, and then she would again return to the herd.

Her death was also incredible — there was a huge respect for her in the herd and also an obvious awareness of her fear of people and their protectiveness of her during her final month or so. I really miss her so much.”

Sonny is a male calf who was born into the dairy industry. His owner brought him to the stockyard as a weak and injured newborn for a quick sale for veal or cheap beef. Today, Sonny is a rambunctious boy. He’s playful, confident, and maybe just a little bit spoiled from the round-the-clock care he received from Farm Sanctuary caregivers after his rescue. He was found just after his birth in a filthy stall, too weak to stand, his umbilical cord torn from his belly leaving a badly infected wound. Sonny never knew his mother or nursed from her, so he lacked the rich colostrum that was critical for his health and immunity. But with bottle-feeding, blood transfusions, and lots and lots of attention, the baby boy has grown into an irrepressible youngster.

You’ll usually find him looking for fun — or trouble — with his buddies, Conrad and Orlando. In the early morning, the boys moo and protest until someone finally comes with their food. Sonny checks in with his pig friends, Sebastian and Eric, only to be nipped on the nose. He tests the gates, hoping for a chance to sneak into places he shouldn’t be, then settles in for a day of fun with Conrad and Orlando. These overgrown boys spend their days together playing, complaining, napping, and playing some more. Always curious and ever testing his limits, Sonny finds a visitor’s camera bag and tosses it in the air and generally makes a nuisance of himself until one of his beloved caretakers relents and gives him a good old scratch on the neck. He still struggles with minor health issues from his rough start, but that doesn’t stop this boy from kicking up his heels in pure delight.

This article forms a part of the Someone Project, which is a joint undertaking by the Kimmela Center for Animal Advocacy and Farm Sanctuary to compile, review, and publish scientific evidence for cognitive and emotional complexity in farm animals and to support promising research in these areas.

The Kimmela Center for Animal Advocacy

You can read a description of the work of this wonderful center in an article in the Spring 2017 issue of Vegan Sustainability.

Farm Sanctuary was founded in 1986 to combat the abuses of factory farming and encourage a new awareness and understanding about farm animals. Today, Farm Sanctuary is perhaps the largest farm animal rescue and protection organization in the US. They have rescued thousands of animals and cared for them at their sanctuaries in Watkins Glen, NY; Northern California (Orland); and the Los Angeles area where the “animals are our friends, not our food.” They educate millions of people about the plight of animals and the effects of factory farming on our health and environment. They advocate for laws and policies to prevent suffering and promote compassion, and reach out to legislators and businesses to bring about institutional reforms. They are always looking for volunteers and you can get further info on their website.  They are committed to ending cruelty to farm animals and promoting compassionate vegan living through rescue, education, and advocacy efforts.

The Ghosts in Our Machine is one of the most striking films I have...
Previous articleAwakening from Materialism: Vegans as Healers
Next articleHealing and Transformation: A Clergywoman Reflects on a Plant-Based Diet Transition