Adapted from the World Wildlife Fund for Nature

Dam removals from South Africa to Switzerland are signalling a transformation in many countries’ approach to rivers – and hope for the world’s migratory fish on World Fish Migration Day.  However, an unprecedented number of planned hydropower projects in rivers, from Asia to the Amazon, continue to threaten the future of thousands of migratory fish species.

Among the more than 500 events in 60 countries marking World Fish Migration Day, Switzerland is celebrating its first major dam removal with the clearance of a 50-metre barrier at the confluence of the Sihl and Schanzengraben rivers in the centre of Zurich (as shown in this one minute video clip). Meanwhile, the 40-year-old Kanniedood dam in South Africa’s world famous Kruger National Park has also just been demolished and the biggest dam removal in Europe so far is underway in Spain who is also removing other smaller dams.

These are the latest in an ever-growing list of obsolete dams to be taken down in recent years in countries across the globe, including Australia, Japan, Finland, France, Spain and the USA, which alone has removed 1,400 dams to date (including the dam on the Elwha River in Washington State – the below photo shows the dam’s demolition). 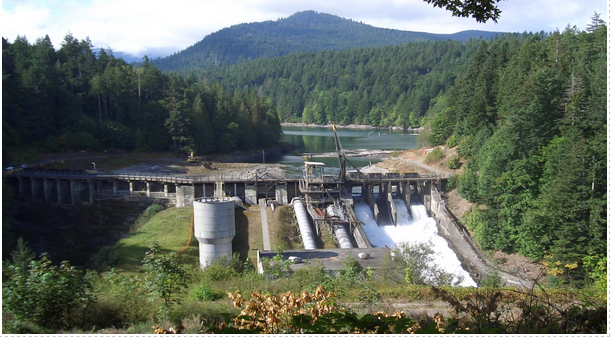 “The taboo on the removal of old, obsolete dams has gone in many countries, bringing with it real hope for migratory fish like salmon, catfish, eel and sturgeon,” said Arjan Berkhuysen, managing director at the World Fish Migration Foundation. “More and more communities are realizing that dams are not forever and that freeing up rivers will benefit people and nature.”

There are around 15,000 freshwater fish species that migrate during their life cycle, with around 1,100 of them migrating huge distances. The Goliath catfish travels 8,000 km through the Amazon basin, while the European eel migrates over 10,000 km between Europe’s rivers and the Sargasso Sea. The largest migration in the world occurs in the Mekong, where billions of fish move between Tonle Sap and the main Mekong river. All of these fish depend on healthy flowing rivers and contribute to the overall health of the river ecosystem.

However, many of these species – including some of the world’s biggest freshwater fish such as the Mekong Giant Catfish and the Beluga Sturgeon – are threatened by existing dams as well as the 3,500 hydropower dams currently on the drawing board in Asia, Africa and South America. Another 2,500 are planned for the pristine rivers of the Balkans in Eastern Europe.

“The growing global dam removal movement shows that countries are starting to value rivers for more than just the water and power they supply. World Fish Migration Day highlights one of the many undervalued benefits of free flowing rivers: the survival of the world’s remarkable diversity of migratory fish.”

Along with increasing calls to restore rivers by removing obsolete dams and other redundant barriers, there is also growing opposition to many new hydropower projects from communities and conservationists, who are concerned about the collapse in fish stocks as well as other negative impacts of poorly-planned dams.

People are calling for many projects, such as planned dams on the Mekong and in the headwaters of the Amazon, to be axed in favour of less destructive ways of producing the extra energy that countries need.

“Originally, our disruption of river waters and fishes lives was through ignorance, but we no longer have that excuse,” said Jeremy Wade, host of the River Monsters TV series on Animal Planet. “For the sake of our fish, and our rivers, and ultimately ourselves, it’s time to help the fish swim free.”

A new book released on World Fish Migration Day will provide a practical guide to tackling the threat of dams and promoting the protection and restoration of fish migration in rivers worldwide.

“From sea to source 2.0” is a collaboration of over 100 international fisheries professionals and is supported by river managers, governments, research institutes and NGOs including WWF and the Nature Conservatory. Aimed at practitioners but also a resource for the general public, the book is full of inspiring stories, hard lessons learned and great successes from nearly every continent on the planet.