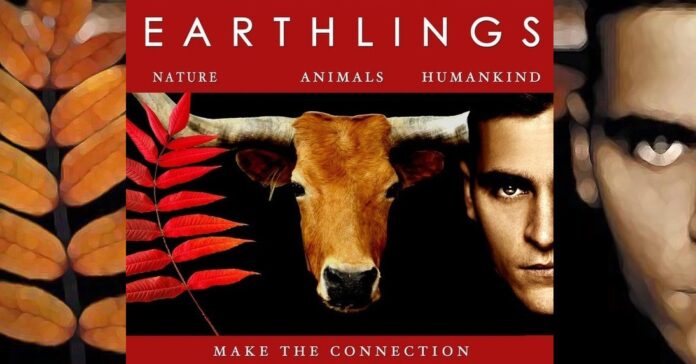 Are you already a vegan? If not then you need to watch Earthlings – a documentary about the use of animals for food, clothing, entertainment and science. This movie is not easy to watch, but if you eat, wear or use animal by-products then it is only fair that you should witness how they are treated and killed in laboratories, farms and slaughterhouses. In my view Earthlings should be required viewing for everyone.

This movie has been called ‘the vegan maker’ because of the numbers of people who have gone vegan immediately after watching it.  It took over 6 years to make due to the difficulty of acquiring undercover footage in places like slaughterhouses, laboratories, circuses, factory farms, fur farms and other facilities where animals are raised and killed.

The film has been criticised for not appealing to sceptics who may believe that the abuses portrayed are unrealistic or exaggerated. I feel that the film would have benefited from the inclusion of interviews with insiders and undercover workers which might have made it more convincing (for the sceptics at least). That said, it is one of very few films which bears witness to the suffering of animals in such a comprehensive and unflinching way.

Earthlings was released in 2005 and won several Film Festival Awards upon its release. It is directed by Shaun Monson and narrated by Joaquin Phoenix. Running time is 95 minutes and you can rent or buy the film here.

Until recent times Ladakh was a small community, isolated from the modern world.  The...

The complete lack of any regulation of the exotic pet trade is a major...
Previous articleEcopsychology
Next articleVeganomics: Book Review