Agriculture uses 40% of the earth’s land area (excluding Antartica)  –  larger than Europe and Asia combined. 75% of agricultural land is used for meat and dairy production that produces only 18% of our food.

Hunger is usually not caused by a global shortage of food production.  Although a billion people are hungry, we harvest 4,600 calories per day per person but only 2,000 per person are consumed.

Globally, we could increase the food available by 50% by switching to a plant based diet.

Land Use Changes and Deforestation:

Globally we are using 50% of freshwater resources and undermining river ecosystem health and biodiversity. Up to 85% of the fresh water used is for agriculture and food processing.  More than half the world’s people live in countries where water tables are falling as aquifers are depleted.

Beef consumes 60 times more water than grain per Kcal produced.  It takes a thousand litres of water to produce one litre of milk.  A vegetarian diet reduces our food water footprint by 36%.

A significant reduction in livestock numbers would reduce GHGs quickly and at a fraction of the cost of changing the energy and transport sectors. 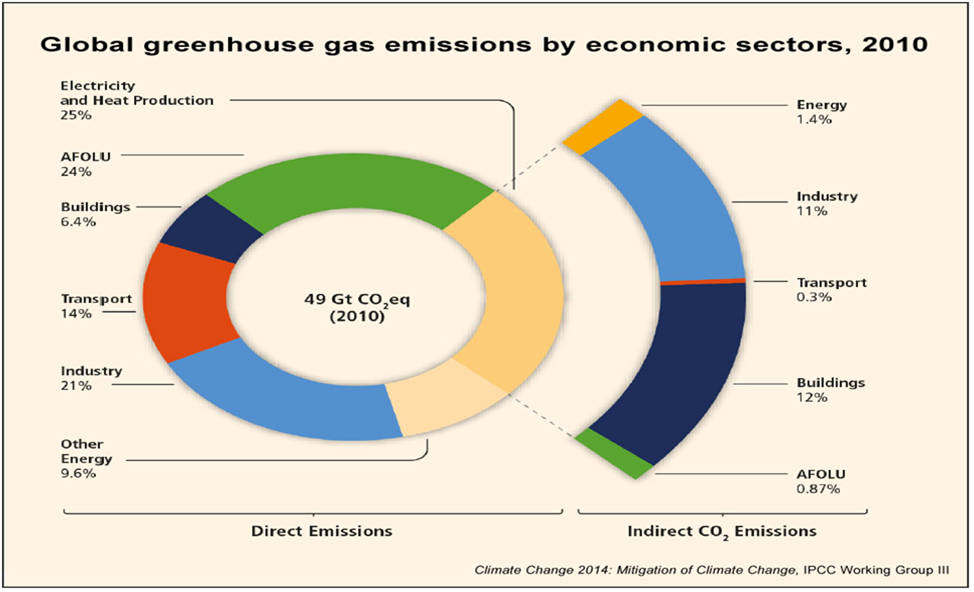 Switching to a whole food plant based diet grown on small scale family run agro-ecological farms has the potential to return millions of acres of pasture to wild habitat, to reverse rainforest destruction, to restore the health and volume of our rivers and lakes, to prevent further species extinctions, to eliminate billions of tons of pollutants, and to make a major contribution to stabilising and reversing climate change while strengthening family farms.  Allowing pasture land to regenerate as forest could potentially mitigate as much as half of all anthropogenic GHGs.  Gradually, as we become informed of the ethical, environmental, and health issues in food production we are moving towards a plant based diet.