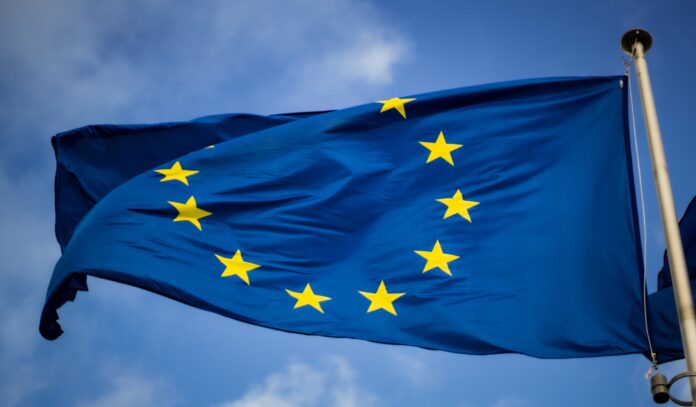 This month, the European Court of Auditors, the EU spending watchdog, pointed out that just from 2014 – 2020 over €100bn of CAP funds, assigned to address agricultural emissions, had no impact on emissions from the sector.  It added that the CAP does not seek to limit or reduce livestock, which account for up to 50% of agricultural GHG emissions, and supports farmers who cultivate drained peatlands, which account for a further 20% of emissions.

Despite that a new five-year common agricultural policy (CAP) with a €270bn budget (€54 billion per year) was provisionally agreed by the European parliament, European Commission and the 27 member states on Friday June 25th. According to a Greenpeace 2019 Report: “Between 69% and 79% of the CAP direct payments is directed to producers of fodder for animals, or goes directly to livestock producers as coupled support” so that percentage will remain approximately the same under the new CAP.  As we know, animal agriculture has a massive impact on the environment as shown in the below infographic:

Reacting to the approved CAP, Birdlife Europe said that EU countries had “taken a giant step towards killing nature”.  Their Senior Head of Policy, Ariel Brunner, commented: “This CAP is a betrayal of the farmers who are trying to adapt to climate change, a death sentence for nature, an open invitation to oligarchs to continue to pillage the public coffers, and a slap in the face of young people asking for a liveable future.”

According to a recent EU Joint Research Commission publication, the food system – including production, processing, packaging, refrigeration, transport, cooking and food waste – accounts for 30% of Europe’s emissions and 34% globally.  Despite all the spin from the EU parliament and commission, the new CAP completely ignores the climate and biodiversity emergency and will continue to drive the growth of animal agriculture, GHG emissions and the loss of biodiversity.  In a decade seen as crucial for reversing a range of environmental crises, Europe’s largest federation of environmental groups, the European Environmental Bureau (EEB), described the failure to shift support to ecological farming as a major policy failure.

The following paragraphs are extracts (in quotation marks) from a joint media briefing issued by BirdLife Europe, ClientEarth, European Environmental Bureau, and Greenpeace.  Links to the percentages referenced below can be found in this briefing document and, unless stated, refer to the entire EU agriculture system including food grown directly for people.  The media briefing also highlights ten major policy failures in the new CAP.

“Full life-cycle assessments estimate the livestock sector alone to be responsible for 12% – 17% of the EU’s total greenhouse gas emissions.”  The UN has called for drastic cuts to methane emissions to prevent catastrophic climate change – and 54% of EU methane emissions are linked to livestock production.  The other main sources of greenhouse gas emissions are the overuse of nitrogen fertilisers and unsustainable management of grasslands and peatlands. The EU’s agricultural emissions have increased since 2012 and are expected to fall by less than 5% between 2017 and 2030.”  In Ireland and other countries it is very likely that the new CAP will increase emissions.

“Agriculture is a major driver of biodiversity loss in Europe.  Farmland birds have declined by 57% since 1980, and studies show insect populations are collapsing.  Most (83%) of protected agricultural habitats in the EU are in a poor or bad conservation state, with 45% deteriorating (versus just 8% improving).  These trends are mainly driven by the intensification of agricultural practices, which are supported by the new CAP, such as loss of space for nature, heavy use of pesticides, fertilisers and machinery and loss or conversion of semi-natural habitats like grasslands and wetlands.”

“Current agricultural practices severely affect the quality of air, soil and water.  Animal farming alone is responsible for 80% of soil acidification and air pollution, due to ammonia and nitrogen oxides emissions.  It also causes 73% of water pollution by nitrogen and phosphorus runoff, leading to algal blooms that drain water of oxygen, killing aquatic life. Nitrogen pollution alone costs the EU €70-€320 billion every year.  Ammonia is a massive contributor to air pollution.  In Italy (intensive) animal farming accounts for 17% of fine particulate pollution, more than road transport (14%).”

A threat to our long-term food security

“Healthy ecosystems and sustainable use of resources like soil and water underpin our ability to produce food, and yet current production and consumption practices are undermining all of these.  Conventionally tilled land loses fertile soil at least twice as fast as it can form.  Land degradation, driven by unsustainable land management and climate change, threatens swathes of southern Europe with desertification.  We are also using land and natural resources very inefficiently: 59% of cereal in Europe is used to feed farm animals and 17% for biofuels.  At least 20% of food produced in the EU is wasted.  To secure future generations’ ability to produce food sustainably, we need to use resources sustainably, restore healthy ecosystems, reduce land use for feed and fuel, and cut waste.”

Célia Nyssens, an agriculture policy officer at the EEB, said: “This new policy is a monumental failure of leadership to take on those grave threats.  We are already seeing national governments planning for business as usual, to keep the money flowing to intensive farms.”

At Vegan Sustainability we believe its vital for the EU to end subsidies for animal agriculture and to redirect these subsidies to support farmers to transition to plant based agriculture if Europe is to have any hope of reducing its overall GHG emissions by 55% by 2030.

A new campaign in Ireland calling for an end to subsidies for Animal Agriculture...

There are many problems with the Common Agriculture Policy, as we outlined in the...
Previous articleVegan and Sustainability News – Autumn 2021
Next articleIPCC Sixth Assessment Report (2021)