Fish Exploited for Food Suffer Like Mammals and Birds

By Free From Harm Staff Writers

“The scientific literature is quite clear. Anatomically, physiologically and biologically, the pain system in fish is virtually the same as in birds and mammals…” — Dr Donald Broom, Professor of Animal Welfare at Cambridge University.

Fish are the Most Misunderstood Animals in Our Food System

Earth is home to more than 30,000 known species of fish, which is more than all the other species of vertebrate animals combined.  Fish are amazingly diverse and truly fascinating.  Did you know, for example, that they are fast learners with long-term memories and a keen sense of time?  They recognize other individuals, can keep track of complex social relationships, and work cooperatively with other species.  They are inquisitive, perceptive, and personable.  Sadly, fish are the most misrepresented and misperceived animals.  For example, the absurd but common notion that they have “a three-second memory” should be blown out of the water by the fact that migrating fishes, such as salmon, remember their way home years later and from thousands of miles away.  Others, including goldfish, can learn and remember skills.  One is even noted for it in the Guinness Book of World Records! 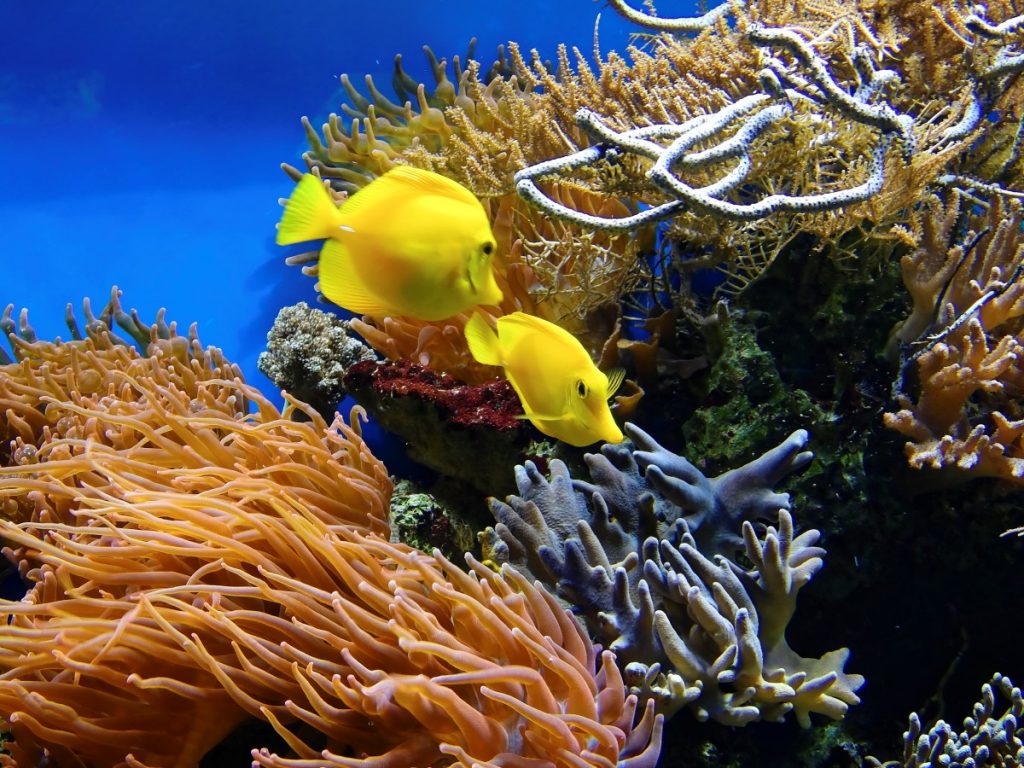 Contrary to popular myth, mounting scientific evidence shows that fish can suffer fear and pain.  Far more fish are exploited than any other category of animals, and they are subjected to the worst abuses.  Yet, they have the least legal protection and receive the least concern for their well-being, even from the animal protection community.  Globally, an estimated one to three trillion wild-caught fishes and 37 – 120 billion farmed fishes are killed commercially for food each year.  Hundreds of millions more are killed for “sport” each year in the U.S. alone.  Fishes are also increasingly replacing other animals for scientific experimentation.  Approximately one-quarter of all the animals used for research and education in North America are fish.  Additionally, some 1.5 billion are used for aquariums.

For centuries, a common belief has been the Cartesian claim that nonhuman animal species were incapable of suffering pain.  Thankfully, that fallacy is now rejected nearly universally in regard to mammalian and avian species.  Tragically, the ignorance largely continues in regard to fish.  While many people intuitively and/or intellectually realize that fish can suffer pain, society at large still views and treats fish as insentient beings.

However, the scientific evidence is in: fish can feel fear and pain, and they suffer immensely from it. “[T]he results of many studies lead to believe that fish have the structures necessary and the capacity to experience fear and pain and can thus suffer…” – The Scientific Panel for Animal Health and Welfare of the European Food Safety Authority (p. 3), February 2009 “.  Anatomical, pharmacological and behavioral data suggest that effective states of pain, fear and stress are likely to be experienced by fish in similar ways as in tetrapods [e.g., amphibians, reptiles, birds and mammals] – Can Fish Suffer? K.P Chandroo, I.J.H Duncan, R.D Moccia; Applied Animal Behavior Science, 2004. 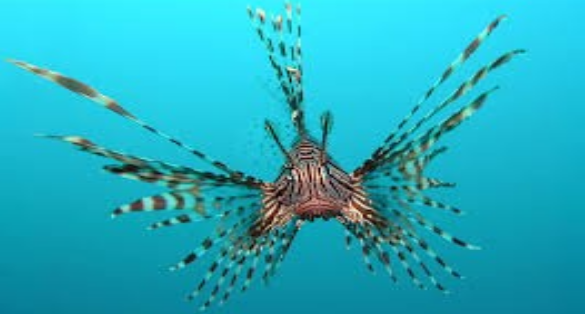 “A powerful portfolio of physiological and behavioural evidence now exists to support the case that fish feel pain and that this feeling matters. In the face of such evidence, any argument to the contrary based on the claim that fish ‘do not have the right sort of brain’ can no longer be called scientific. It is just obstinate.” — John Webster, emeritus professor at the University of Bristol, Does she have feelings, too?, published in The Telegraph, March 2, 2005.

“Evidence that the term pain is applicable to fish comes from anatomical, physiological and behavioural studies whose results are very similar to those of studies on birds and mammals. The fact that fish are cold blooded does not prevent them from having a pain system and, indeed, such a system is valuable in preserving life and maximizing the biological fitness of individuals. The receptor cells, neuronal pathways and specialized transmitter substances in the pain system are very similar in fish to those in mammals.” — Farm Animal Welfare Council Report on the Welfare of Farmed Fish, September 1996.

“The scientific literature is quite clear.  Anatomically, physiologically and biologically, the pain system in fish is virtually the same as in birds and mammals…in animal welfare terms, you have to put fishing in the same category as hunting.” – Dr Donald Broom, Professor of Animal Welfare at Cambridge University, Daily Telegraph, October 19, 1995.  The Royal Society, the United Kingdom’s independent academy of science, published “conclusive evidence indicating pain perception in fish,” concluding that pain produced “profound behavioural and physiological changes in fish over a prolonged period of time, comparable to those in higher mammals,” – Do fishes have nociceptors?, published in the Proceedings of the Royal Society B: Biological Sciences, June 7, 2003.

“In the light of evidence reviewed … it is recommended that, where considerations of welfare are involved, all vertebrate animals (i.e., mammals birds, reptiles, amphibians and fish) should be regarded as equally capable of suffering to some degree or another, without distinction between ‘warm-blooded’ and ‘cold blooded’ members.” – The Medway Report, an independent report, written by a panel of experts, commissioned by the RSPCA, 1980.

“We now know that fish actually are cognitively more competent than we thought before — some species of fish have very sophisticated forms of cognition…” “In our experiments we showed that if we hurt fish, they react, and then if we give them pain relief, they change their behavior, strongly indicating that they feel pain.” — Victoria Braithwaite, Penn State professor of fisheries and biology, November 16, 2010.  “I have argued that there is as much evidence that fish feel pain and suffer as there is for birds and mammals — and more than there is for human neonates and preterm babies.” – Victoria Braithwaite, Do Fish Feel Pain? (p.153), 2010. 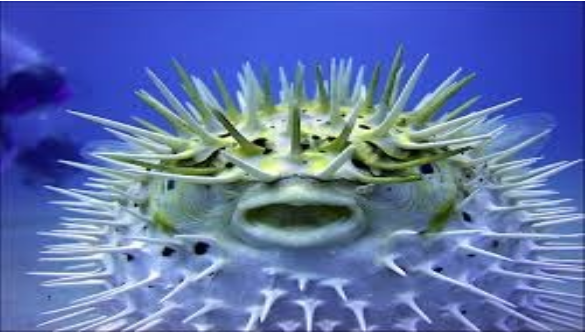 “In many areas, such as memory, their cognitive powers match or exceed those of ‘higher’ vertebrates, including non-human primates. Best of all, given the central place memory plays in intelligence and social structures, fish not only recognize individuals but can also keep track of complex social relationships.” – Culum Brown (Associate Professor, Macquarie University), Not Just a Pretty Face, published in the New Scientist, June 12, 2004.

“They have fantastic learning and memory capabilities.  A lot of people think that fish behaviour is totally inflexible, like little swimming robots, but that’s absolutely not the case.  They can learn all sorts of things and adjust their behaviour, if only we give them the chance to do it.” – Culum Brown, published in Catalyst, December 4, 2007.

“[My] review reveals that fish perception and cognitive abilities often match or exceed other vertebrates. A review of the evidence for pain perception strongly suggests that fish experience pain in a manner similar to the rest of the vertebrates. Although scientists cannot provide a definitive answer on the level of consciousness for any non-human vertebrate, the extensive evidence of fish behavioural and cognitive sophistication and pain perception suggests that best practice would be to lend fish the same level of protection as any other vertebrate.” — Cullum Brown, from his paper, Fish intelligence, sentience and ethics, published in Animal Cognition, June, 2014.

How about Humane Slaughter of Fish?

In reaction to all of the new research confirming fish sentience, a new market has predictably emerged to appeal to the growing consumer concern and awareness for so-called “humanely-slaughtered” and “sustainably-sourced” fish and seafood products. Like their counterparts in the meat, dairy and egg industries, “humane” seafood advocates claim that by paying a premium, those who can afford their products can consume them with a clear conscience. According to one leading humane fish organization, fishcount.org, clubbing fish over the head to “stun” them is touted as the “humane” alternative to letting them suffocate to death on ship decks and gutting them while still conscious and their hearts still beating. 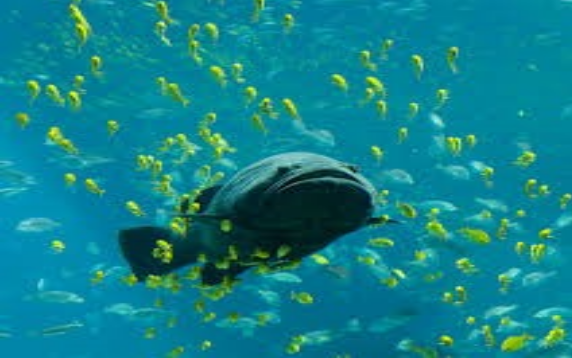 “A percussive blow to the head humanely kills each fish,” says the narrator of this video advocating so-called humane slaughter for salmon, showing them frantically trying to escape as they are fed into a machine that clubs them on the head to knock them unconscious. “The level of mental complexity fish display is on a par with most other vertebrates, while there is mounting evidence that they can feel pain in a manner similar to humans,” according to one of the world’s leading researchers on fish, Culum Brown of Macquarie University in Australia.  Yet, if humans were the subject of this kind of treatment, we would not consider this humane at all.  Instead we would appropriately call it torture.  The fact is that both subjects experience the trauma in much the same way, as science is now demonstrating.

Researchers are also experimenting with technologies that would allow for more efficient mass extermination of farmed fish.  While these methods of rendering fish unconscious before cutting them up may appear to be better at first, it is important to recognize that any of these practices performed on our companion animals or ourselves would be considered torture and genocide.  Violence and mass killing remain the core of this industry, regardless of what their marketing messages pitch to us.

What’s more, fishing for target species means that many other species of sentient marine animals will be killed in the process of getting to the target fish, and ecosystems are rapidly being destroyed by these commercial fishing practices.

Farmed Fish: 9 Things Everyone Should Know

Fish are Sentient, and Emotional Beings and Clearly Feel Pain – by Marc Bekoff

Most scientific sources were generously contributed by  FishFeel.org.