Bronwyn Slater reviews the second of 2 DVD's by the Vegan Organic Network. 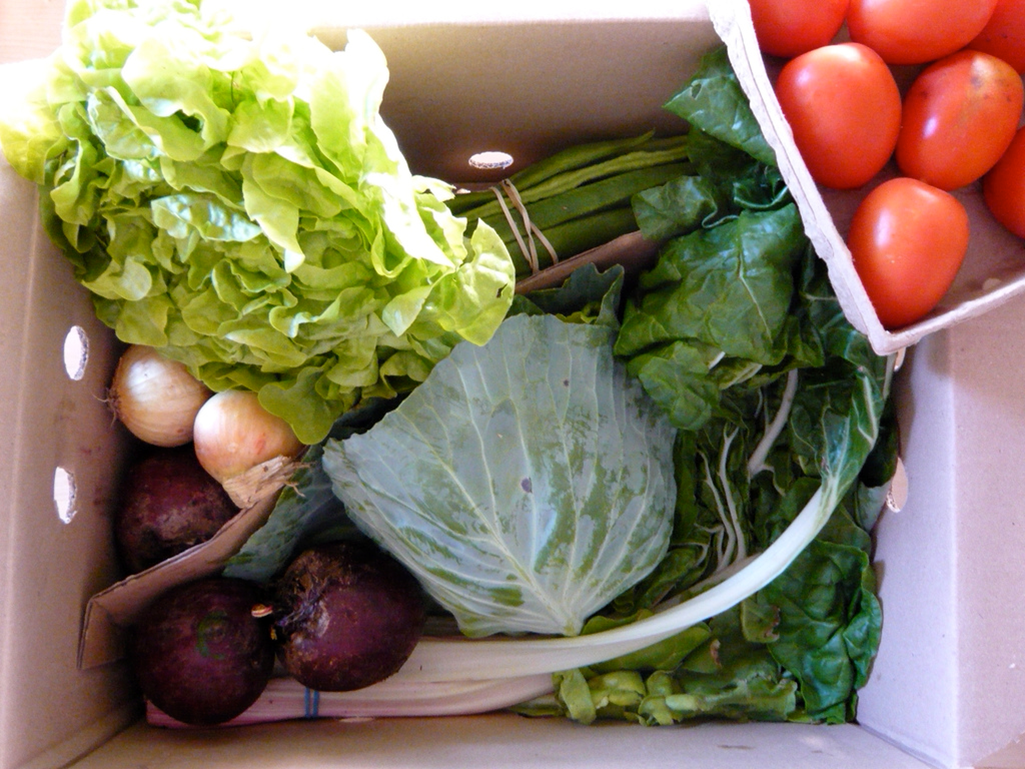 Iain Tolhurst has been a certified organic grower for more than 30 years and is a pioneer in organic stockfree techniques.  The green manures which he uses are Lucerne and clovers.  The tap root of the Lucerne goes deep into the soil and breaks it up, releasing nutrients.

Year 5:  Alliums – onions, leeks, etc.  Planting these after the brassicas helps to inhibit the diseases which the allium family are prone to.

Weed control is helped by rotation.  Some hand weeding is necessary from time to time but is kept to a minimum.

The brassicas (cabbages, sprouts, etc.) on Tolhurst’s plot are clearly unaffected by pests.  He explains that this is due to the fact that there are parasitic wasps on the site which are natural predators of the caterpillar and cabbage white butterfly.  Tolhurst says they have almost zero damage from caterpillars.  This is also due to the fact that the predators are encouraged all year round – they can migrate to beetle banks and hedges nearby, and there is always a crop of brassicas to encourage them all year round.  He says that this method is very effective and far superior and less time consuming than methods which use sprays and pesticides.

Artichokes are used as a wind breaker, to increase biodiversity and to encourage insects and small mammals to take up residence.  Flowers and nettles form part of the hedge areas as they attract beneficial insects.  Berry plants attract birds which in turn control the insect population.

Tolhurst believes that stockfree organic is the way forward.  His produce is distributed to customers via a box scheme and he says that they are active 51 weeks out of every year.  His website is:  http://www.tolhurstorganic.co.uk/

The DVD runs for 17 minutes and can be purchased here from the Vegan Organic Network, or you can watch it here on youtube.

This Poison Cartel is now driving the sixth mass extinction of plant and animal...

Growing Green: Grow your own fruit and veg

This is a very good 32 minute video presented by Graham Cole, head gardener...

Living Off Your Own Garden For Beginners

Deciding Where to Grow Vegetables grow best where it is sunny, so choose carefully when...

There are not many big ideas that come along in gardening. After all,...
Previous articleGrowing Green: Grow your own fruit and veg
Next articleHow Animal Agriculture is the Primary Driver of Global Biodiversity Loss