Interview with Leigh Chantelle of vivalavegan.net

I recently got the chance to communicate with Leigh Chantelle, of Viva La Vegan. If you’ve been to Vegfest, googled ‘vegan’ on the Internet or spent any time talking to vegans, you’ve probably heard of her. But there’s much more to know, and lucky for me she was more than willing to share. 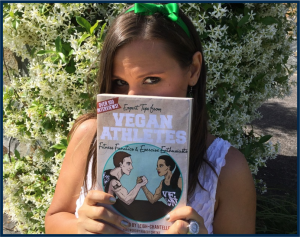 Tell us a little bit about yourself and your path to veganism.

When I was younger, my family sometimes ate a leg of lamb for dinner. I asked my Mum one night what part of the leg it was and she said it was the Achilles tendon. I looked down at my leg knowing that I had the exact same tendon. That was when I first made the connection between the life that once was and the death I was about to consume. Later, through the Vegan Society of New South Wales, Animal Liberation Queensland and the Vegetarian and Vegan Society of Queensland, Australia, I found out about the horrors of the egg and dairy industries, and in 1997 I went vegan.

How do you think veganism relates to other social justice movements?

I believe in speaking up whenever I hear of any injustices. All social justice issues, from human rights to poverty, gender equality to racism, fair trade and labour to environmental degradation – are as important to me as anti-speciesism. Veganism is the best thing that I can do and the best way I know how to lead by example to stand against ALL injustices and exploitation that exist.

What led you to found Viva La Vegan?

In 2005 I graduated from college with advanced diplomas in naturopathy, nutrition and western herbal medicine. I soon realised that I didn’t want to open my own business or work in a health food store, so I ended up returning to music retail. At the same time I had always wanted to create a recipe book. In 2006 I decided to create a recipe calendar and I continued to create them for the next three years. I created vivalavegan.net, to promote my recipe calendars. Because there weren’t many websites like mine, I had a lot of requests for additional content. Soon I wasn’t just creating recipe calendars, but educating others interested in the vegan lifestyle, writing articles and more.

What has been your favourite vegan event to attend?

I’ve only ever been to VegFest in Colorado, but I have spoken at Animal Rights Conferences a few times in both LA and Washington, as well as the first two Vida Vegan Con(s) in Oregon. I really enjoy attending new vegan events worldwide, but my favourite would have to be the Vida Vegan Con that took place mostly in Portland, Oregon.

What are your greatest strengths as a vegan advocate?

I use my communication skills to get the message of compassion and anti-exploitation out in a variety of ways, creating content like blogs, videos, podcasts and more for my vivalavegan.net website. Over the years, speaking, training and consulting has become my job – not just for veganism and the vegan lifestyle, but also for Understanding Social Media and Staging Effective Events.

How has your website changed over the last ten years?

In 2008 I added an audio-visual section, a forum, a member’s section, vegan merchandise and advertising to create a more interactive space. Since then Viva La Vegan has grown to include videos, articles, blogs, interviews, eBooks, print books and coaching, and there is even an affiliate section. People wanted recipes, so I added them. People wanted information on the vegan lifestyle, so I wrote it. It’s really been a pretty amazing ride and in 2015 I celebrated the ten year anniversary of a website that has grown to be an interactive, multimedia community for vegans (and veg-curious) with a complete overhaul and re-launch of the site. Through the vivalavegan.net website, my focus has always been on educating people about ethical lifestyle choices, proving that through compassion we can heal ourselves and each other. 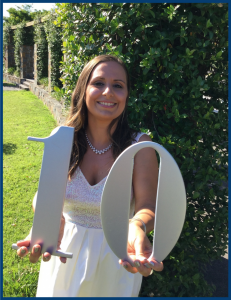 What’s next for Viva La Vegan?

I will be focusing more on (my main business of) speaking, consulting, training and coaching – not just on Vegan Health & Lifestyle, but also on Understanding Social Media and Staging Effective Events. I’m also always working on new books, and am at the beginning stages of a book about my vegan journey over the past 20 years. It’s part how-to and part memoir, and will be out sometime in 2017 to celebrate my 20 years as a vegan! I also have a book out, Expert Tips from Vegan Athletes, Fitness Fanatics & Exercise Enthusiasts, which is a collection of interviews with inspiring vegans who are immersed in the fitness world. I’ve got a few speaking engagements coming up as well – my year is booked up!