James O’Donovan explores why and how veganism can potentially be the key movement that can help us transition to a non-violent society.

Welcome to the spring 2018 issue of Vegan Sustainability Magazine.  In this issue we continue our exploration of the potential of veganism to transition our society to a non-violent, equitable, sustainable society.

When people take personal action it has very important effects and it is the basis for wider social movements.  In this issue Sandra Higgins highlights the steps to be taken on the personal path of veganism to ensure our behaviour change is on a strong foundation of understanding which creates the right motivation. “Before you can live vegan, it is necessary to learn why you need to be vegan.” That involves becoming aware of how people are treating animals and we know that  “every animal use violates their rights to live free from harm, free from oppression by another species, and their right to life.” Becoming aware of the inescapable violence of using animals creates a clarity of mind and a strength of will that supports the decision to renounce participation in this violent system.  Systems need energy and resources or they wither away and die.  The money that people spend on purchasing meat and dairy and other products provides the energy that drives this violent oppressive system.  When people go vegan their money and energy goes to support industries that do not exploit other species.  It even helps to liberate the people currently working within the violent system.

In his article Sailesh Rao describes how he takes inspiration from one of the greatest social transformers of all time, Mahatma Gandhi.  In India at the time there were hundreds of thousands of British but hundreds of millions of Indians.  People wanted freedom from the violent British Empire and they rebelled and were supressed because violent systems are more effective at using violence.  One aspect of this exploitative system was the trade in clothing.  In the UK Britain had industrialised its production of cloth and so it purchased cotton from India and sold cloth back to India at a great profit.  This undermined the income of millions of farmers who traditionally grew cotton and also produced homespun cloth called Khadi. Gandhi understood that non-violence was the goal and the solution but how to mobilise people and awaken them into a social movement? Gandhi understood that effective social transformation can occur only when large numbers of people undergo personal transformation together, with discipline and persistence.  He wanted to find an action that was simple, substantial, and spiritually uplifting and that would mobilise people and he chose the act of wearing khadi.  The Khadi movement required each person to change their clothes and to wear only simple homespun Khadi clothes.  But it created a personal and social transformation powerful enough to bring the mighty British empire to the negotiating table within just a dozen years of its initiation.  This simple act mobilised people who then stopped purchasing British cloth and this withdrew the financial underpinning that was the energy that was supporting the exploitative violent British trade system.

Today in developed countries less than 2% of the population directly work in animal agriculture.  Yet over half of the productive ecosystems on the planet have been converted to agriculture and 65% of this is used for grazing livestock.  Globally the industrial animal agriculture industry is undermining small scale plant based farmers, often taking their land for grazing or to grow monocultures for animal feeds.  This tiny group of people is destabilising the climate, undermining food security and driving massive biodiversity loss.

Just as our early 20th century Indian ancestors changed what they wore so that within a dozen years they cast off the worst effects of colonialism, today in the early 21st century people are changing what we eat and wear to cast off the worst effects of the violent industrialised animal exploitation system.  And just as the Khadi movement led to the end of British colonialism in India, the vegan non-violent movement will lead to a civilizational transformation of our global human family.

Veganism has become a social movement based on personal action rooted in a belief in non-violence and non-oppression.  It is established in the simple truth, the ethical insight that it is wrong to hurt and harm other living beings.  Veganism is a social justice movement and a liberation movement.  The industries that use animals are a system that cannot survive without our support.  When we withdraw our financial support this system will wither and die.  When the personal actions of thousands and millions of people unite then it can inspire and drive a broader social transformation.

System change will not come from governments or even from people feeling the effects of climate change.  The change will come because millions of people become aware and care enough to mobilise together to change their behaviour to change this violent system.  Veganism provides a simple unifying practice that is spiritually uplifting and is powerful enough to transform our society.  Without non-violence and species equality we will never achieve sustainability.

In this issue we also hear from Julia Feliz Brueck writing about Veganism in an Oppressive World.  This book enables us to hear other stories and other voices.  It highlights how certain communities of vegans also face and fight their own oppression at the same time that they work to end nonhuman exploitation.  This broadens our awareness and inclusivity and enables us to understand vegan perspectives through different lenses.  Understanding veganism as an anti-oppression social justice movement enables the vegan movement to be strengthened by uniting with other movements working for equality and freedom from violence and discrimination.

Other articles highlight different aspects of sustainability such as how free on-line education courses are increasingly becoming available and how people are choosing to live in tiny houses so they don’t spend their lives just trying to save up for a house.  In the News Roundup we hear how society is beginning to take big and small steps to protect wilderness and transition to a vegan society.  Slowly the truth of the violence of our treatment of other species is leading governments to ban different aspects of animal abuse. 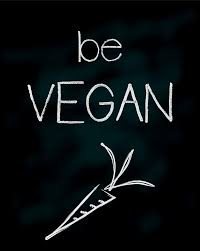