There’s nothing better than being prepared to answer these obnoxious questions that so many people seem to love to ask vegans!
(by Trent Grassian)

Like just about every vegan, I too once was a meat eater. In fact, I was what you would describe as a ‘meat lover’. At the top of my list of favourite foods was steak, ribs and bacon. Closely following were quesadillas, cheese and ice cream! So, the short answer is: yes, you can live without bacon, cheese, etc., etc. In fact, three things are really amazing about going vegan:

There are a few ways I love to answer this question. Sometimes I just say ‘everything else’ or just ‘food’. Depending on how invested the person seems to be in the conversation, you can also try to show how convenient veganism is nowadays, by saying something like: You wouldn’t believe the amazing variety of options nowadays, it’s never been easier to be vegan! Sainsbury’s just came out with a whole new range of vegan cheeses, Morrison’s just came out with two new types of vegan ice cream cones and there are over a dozen different varieties of dairy-free milk, from oat and cashew to pea milk! 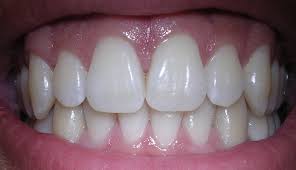 No, we aren’t. Lions are carnivores; they chase down their prey, rip them apart with their sharp, enormous canines in their long snouts designed for biting and catching animals and then use their short digestive tract to make sure they don’t have any nasty bacteria in there too long. Humans have long digestive tracts, tiny tiny canines, short mouths and are much, much slower than lions. Humans are much more similar to other herbivores, like gorillas. We have evolved to be scavengers, some of whom have eaten some very small amounts of meat (which we have needed tools to hunt down and fire to cook) but that is not something we need nor is it in any way inherently ‘natural’ to our biology. Check out this great, five-minute video: Herbivore vs. Carnivore.

Feel free to message us with more questions and we will do our best to answer them in the next edition!