Current and Past Contributors 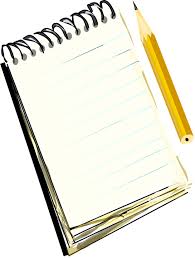 Our editorial team is made up of people who volunteer their time, knowledge and expertise.

Jordan Collins:
Jordan Collins is a staff writer with Vegan Publishers.  An editor with a Master’s in Creative Writing, she and her vegan husband and dog recently moved from the US to the UK and they’re enjoying exploring England (and beyond!).

Jeanette Di Leo:
Jeanette Di Leo works with Viva! (the UK-based vegetarian and vegan campaigning charity). Currently she is helping to build Viva!’s new environment website and is also involved in organising the Viva! Vegan Festivals.  She has a Masters Degree in Geology and a PhD in Seismology.  She also runs a vegan sustainability blog which you can view here.

Trent Grassian:
Trent Grassian is originally from the U.S., where he studied Anthropology and Feminist Studies before working as an SEN teacher for four years. He then moved with his vegan dog and partner to the U.K., where he completed a Masters in Public Administration at the University of Exeter. Currently, he is completing a PhD at the University of Kent on strategies for reducing animal product consumption in the E.U. that accounts for the industry’s environmental and health impacts.  You can check out his vegan sustainability blog here.

Cassy Martensen:
“I have been raw vegan for about 4.5 years now, sharing inspiration for nature, whole foods and organic raw vegan, plant-based lifestyle”.

James O’Donovan:
Graduated in Civil Engineering in UCC in 1989 and went to work in the US for eight years. Worked for three years in South Africa as a trainer and lecturer in the water and sanitation sector. I completed an MSc in Holistic Science in 2004 at Schumacher College. I work as a volunteer helping to run Vipassana meditation retreats in Ireland and Internationally. I am vegetarian twenty-one years and vegan four years. I am interested in contributing to a more just and ethical society through the promotion of vegan sustainable living. I practice Vipassana meditation and yoga and enjoy time in nature, hiking, and cycling. I have lived and worked in Southern Africa, India and Nepal, and in Mexico and Central America.

Alice O’Malley:
Alice O’Malley (vegan for 3 years) is a writer and proofreader based in Devon, UK. She is currently completing a degree in English Literature. Her passions are in the exploration of how human rights intersect with animal and environmental rights. She recently launched The EcoFeminist Network (facebook) and has had several poems published that centre around womanhood and the environment.

Helen Prout:
Helen Prout lives with her young daughter Saoirse, in County Waterford. For the last few years she has been striving to achieve a healthier and more sustainable lifestyle. She is constantly looking for ways to live ‘off label’, whether it’s making her own cosmetic and hygiene products, growing her own fruit and vegetables, or cooking in her kitchen.

Tanya Scutari:
Tatiana Scutari is a vegan journalist from the Republic of Moldova. She studied Humanities at Moldova State University and Journalism at the Advanced School of Journalism. She has worked for over 5 years as a television and newspaper journalist in Moldova. She speaks fluent Russian – her second language after Romanian. She moved to Dublin in July 2015 and is deeply interested in literature, the vegan lifestyle, running, travelling and social media.

Bronwyn Slater:
Bronwyn Slater graduated from the University of Limerick in 1995 with an M.Sc. in Computational Linguistics. She also has Diplomas in Social Studies and Art History (from UCC), and a Certificate in Journalism. She has been very active in the vegan movement in Ireland for a number of years, and has a keen interest in all issues related to Sustainability.

Evelyn Suttle:
Evelyn Suttle is a vegan portrait artist and illustrator based in Dublin City. Through pet portraits and various exhibitions she gets to express her love of animals as well as her environmental and human rights concerns. Her paintings will soon be featured in an animal activism art book.

Sara Valentim:
Born in Lisbon, Portugal, Sara moved to Ireland in 2013 in search of a simple sustainable life close to nature. She is very passionate about Ireland’s wildlife and native flora, and has been foraging for mushrooms and greens for over 4 years. 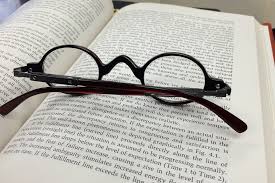