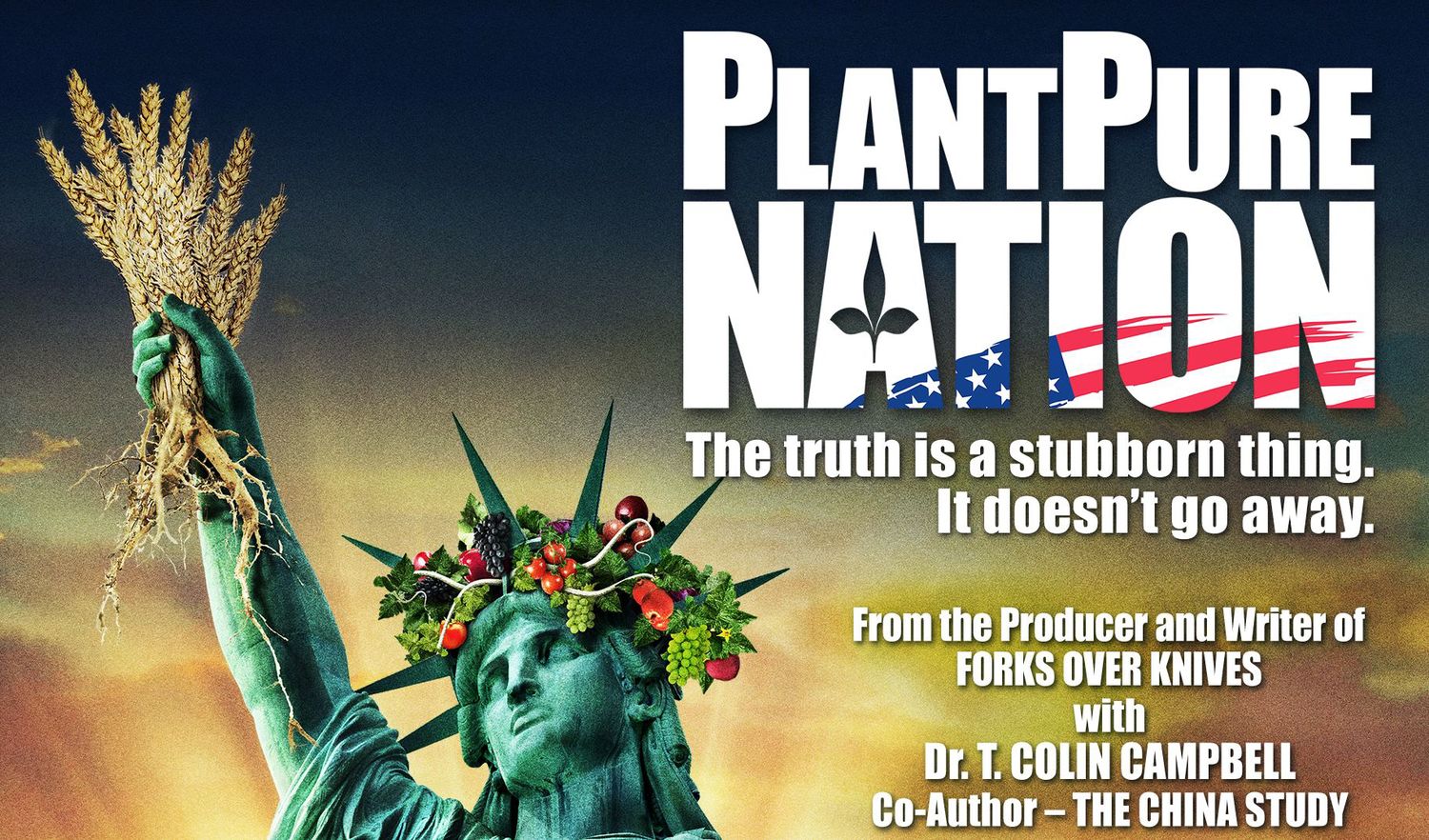 In 2011 Colin Campbell’s film Forks Over Knives shocked viewers by revealing the connection between meat, dairy and ill health.  That film followed on from Campbell’s book ‘The China Study’ in which he showed that a plant-based diet can reverse certain cancers, diabetes, heart disease and other illnesses.  This latest film, Plant Pure Nation, continues where Forks Over Knives left off, and is directed by Colin’s son, Nelson Campbell.

Nelson Campbell devised a ‘Jumpstart’ program in which participants would eat a plant-based diet (with no oil) for 10 days.  The program achieved amazing results.  Sixteen people signed up for the first program.  One woman’s cholesterol count dropped from 176 to 139 in the 10 days, and by the end everyone tested healthier.

Based on the results of his program Campbell attempts to introduce the Jumpstart program in the state of Kentucky as a whole, to make people aware of the health benefits of a plant-based diet and to provide plant-based meals at a price which those on a low income could afford.  But the proposal is shot down in the Kentucky legislature by lobbyists for Big Ag.  Disappointed but not defeated, Campbell decides to repeat the Jumpstart program, this time in Mebane, North Carolina.  He says that ultimately change has to come from people making dietary changes at grassroots level using their own initiative.

He points out that doctors don’t have time (or training) to spend with patients on their nutrition – the easier thing to do is to prescribe pills.  One man who participated in the program was taking 7 medications before the plant-based diet and was able to get off 5 of them.  There has been a huge rise in the volume of prescribed drugs in recent years, but these are not curing the problem which continues to only get worse.  Diet is the root cause of most ailments, says Campbell.

Farming also comes under the spotlight in this movie.  The small family farm in the US is near extinction.  Fruit and vegetables are shipped in from overseas and are costly as a result.  Large farms grow corn, wheat and soy which feature largely in processed food and also require vast amounts of pesticides.  Food producers are therefore externalising their costs on to consumers – these include both health and environmental costs.

I enjoyed this movie as I appreciate anything that comes from the Campbell/Esselstyn stable.  The film has a running time of 99 minutes and you can watch it online for free here.  A sequel to the movie – Healing America Together – is currently in production.

Until recent times Ladakh was a small community, isolated from the modern world.  The...

Are you already a vegan? If not then you need to watch Earthlings -...
Previous articleClimate Change and Animal Agriculture
Next articleThe Facts about Cultured Meat