This is a documentary which was written, produced and directed in 2011 by Helena Norberg-Hodge, founder of ‘Local Futures’ and author of the widely-acclaimed book ‘Ancient Futures: Lessons from Ladakh for a Globalising World’. The book is an account of her time spent with the people of Ladakh in the Himalayas, and it is an experience which forms the basis of the documentary. 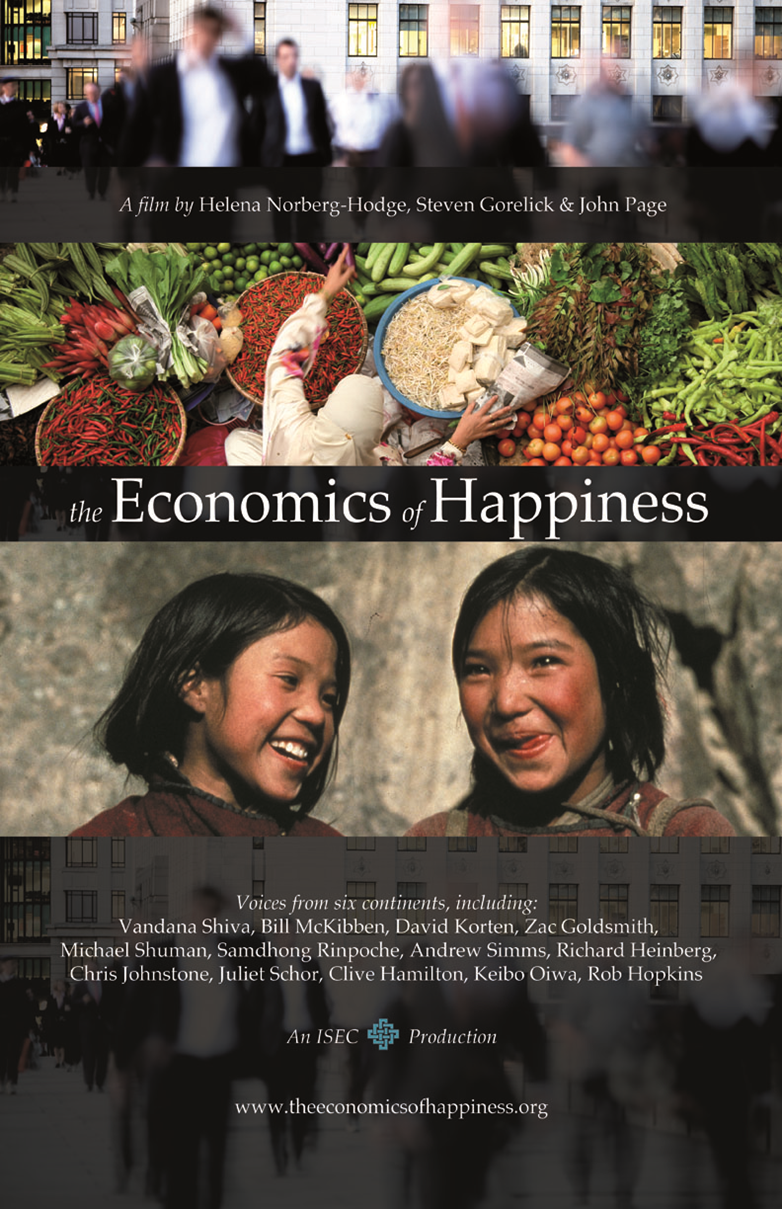 Until recent times Ladakh was a small community, isolated from the modern world.  The people sustained themselves through farming and regional trade.   They were a close-knit community and seemed happy and fulfilled, with lots of leisure time, plentiful food and a strong sense of their own identity.

But in the mid 1970’s Ladakh had a sudden and rude awakening to the modern world as trucks rolled in bringing cheap foreign imports of food and other goods, exposing the people to Western-style advertising and consumer culture.  After a period of about ten years their way of life had completely changed and for the first time they experienced unemployment, depressive illnesses, a disconnection from nature, pollution and a gap between rich and poor.

The documentary is made up of two parts.  The first half of the documentary looks at the ways in which globalisation is detrimental to communities, the environment and livelihoods.  The second half looks at how localisation can enhance people’s lives, regenerate communities, heal the planet and generally make us happy.

The following statements are made regarding globalisation:

Norberg-Hodge’s solution is to create local economies.   The points she makes in this regard can be summarised as follows:

Overall, I enjoyed this documentary and felt it was worth watching.  It was well made and it makes the case for localisation very well.

Running time is 67 minutes and you can rent the documentary online here at Vimeo.

Consumers are probably more aware and concerned about whether the products they buy are...
Previous articleHome (movie review)
Next articleVoluntary Simplicity by Duane Elgin (book review)