The World According to Intelligent and Emotional Chickens

Chickens are as cognitively, emotionally, and socially complex as many mammals. 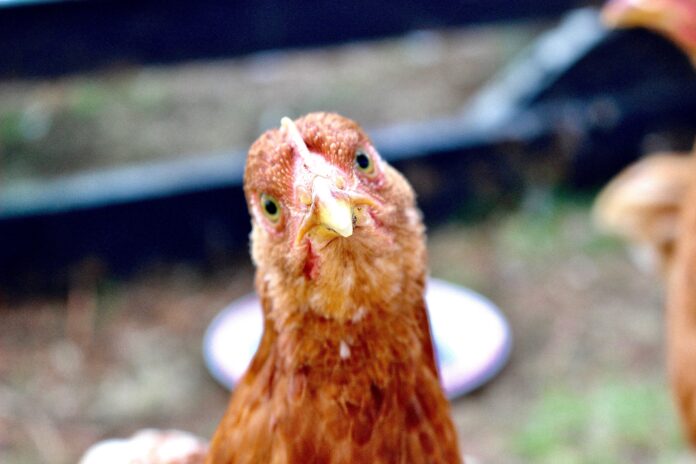 Chickens are birds. I know most, if not all of you, already know this. However, on more than one occasion, I’ve mentioned to someone who’s munching on a chicken sandwich, that they’re eating a smart and emotional bird. Often, they look at me thinking something like, “I am? But I’m eating chicken.” Regardless, we’ve known for a while that chickens are very intelligent and feeling bird beings. And, so too, are many other birds. The excellent essays written for Psychology Today by bird experts John Marzluff and Tony Angell in their column called “Avian Einsteins” amply demonstrate this, and recently, I’ve written two essays about birds that also show just how smart, adaptive, and emotional they truly are (please see “Bird Brain: An Exploration of Avian Intelligence” and “Bird Minds: An Outstanding Book About Australian Natives“). The books these essays cover are outstanding.

“If you torture a single chicken and are caught, you’re likely to be arrested. If you scald thousands of chickens alive, you’re an industrialist who will be lauded for your acumen. … Workers grab the birds and shove their legs upside down into metal shackles on a conveyor belt. The chickens are then carried upside down to an electrified bath that is meant to knock them unconscious. The conveyor belt then carries them — at a pace of more than two chickens per second — to a circular saw that cuts open their necks so that they bleed to death before they are scalded in hot water and their feathers plucked.” (Nicholas Kristof, To Kill a Chicken)

The way in which chickens are treated on their way to human mouths is not at all a pleasant journey. I don’t want to go into the gory details. The facts are simple and utterly sickening: “More than 9 billion chickens, along with half a billion turkeys, are slaughtered for food in the United States each year. This number represents more than 95 percent of the land animals killed for food in the country. Worldwide, more than 50 billion chickens are raised and slaughtered annually.” Mr. Kristof concludes, “Think about that. If a naughty boy pulls feathers out of a single chicken, he’s punished. But scald hundreds of thousands of chickens alive each year? That’s a business model.”

Thinking chickens: a review of cognition, emotion, and behavior in the domestic chicken, by Dr. Lori Marino.

But, there’s good news and let’s hope that it’s used on behalf of chickens and other birds who are served up as meals. Dr. Lori Marino, founder of the Kimmela Center for Animal Advocacy Inc., has recently published a review article called “Thinking chickens: a review of cognition, emotion, and behavior in the domestic chicken.” It appeared in the journal Animal Cognition and is available online. The abstract for Dr. Marino’s review reads:

Domestic chickens are members of an order, Aves, which has been the focus of a revolution in our understanding of neuroanatomical, cognitive, and social complexity. At least some birds are now known to be on par with many mammals in terms of their level of intelligence, emotional sophistication, and social interaction. Yet, views of chickens have largely remained unrevised by this new evidence. In this paper, I examine the peer-reviewed scientific data on the leading edge of cognition, emotions, personality, and sociality in chickens, exploring such areas as self-awareness, cognitive bias, social learning and self control, and comparing their abilities in these areas with other birds and other vertebrates, particularly mammals. My overall conclusion is that chickens are just as cognitively, emotionally and socially complex as most other birds and mammals in many areas, and that there is a need for further noninvasive comparative behavioral research with chickens as well as a re-framing of current views about their intelligence.

There are numerous reviews of Dr. Marino’s essay and I encourage you to read some of them. Her essay is an incredibly important one because it shows just how much we know about chickens (and other birds) from detailed comparative research, and it’s not being “touchy/feely” or sentimental to argue that chickens experience enduring deep  suffering on their way to human mouths.

Would you do it to a dog? Bridging the empathy gap

Often, when I’m discussing some aspect of nonhuman animal (animal) abuse, I ask people, “Would you do it to your dog?” Across the board people are incredulous when I ask this question, and I simply explain to them that dogs aren’t more sentient than food animals such as cows, pigs, or chickens, laboratory animals such as mice and rats, or entertainment animals such as elephants or orcas.

In another essay by Mr. Kristof called “Do You Care More About a Dog Than a Refugee?” In his conclusion he asks, “If we can rally on behalf of a frightened dog in Orlando, can’t we also muster concern for billions of farm animals — as well as the humans struggling to raise them?” I wrote about his essay in a piece called “Valuing Dogs More Than War Victims: Bridging the Empathy Gap” in which I argued that we can and should use dogs to bridge the empathy gap we conveniently construct between ourselves and other animals and among the animals themselves.

This also is a point that Jessica Pierce and I make in The Animals’ Agenda: Freedom, Compassion, and Coexistence in the Human Age, namely that dogs can indeed bridge the empathy gap if we’re open to this possibility. At the very least it’s essential to ask difficult questions and come to an understanding of why we hold the attitudes we do and how we can use our feelings about companion animals and extend compassion and empathy to other nonhumans and humans who truly need all the help that they can get. Dr. Pierce and I also argue that we simply must use what we know on the animals’ behalf, because there is a huge division we call the “knowledge gap” between what we know and how we use it to protect other animals (please see, for example, “The Animal Welfare Act Claims Rats and Mice Are Not Animals” and “Homo Denialus: Mice Aren’t Animals, Climate Change Is Real” and links therein).

I hope Dr. Marino’s essay or at least the popular reviews receive the global attention they deserve, and that people do something with this knowledge. Chickens are sentient beings and we should stop torturing them by the billions for our meal plans. Providing them with “good welfare” is not good enough, and even if they receive what’s called “a better life,” it hardly borders on “a good life” or what we offer dogs and other animals.

Note: Here are two added tidbits along the lines of this essay: Please also see Paul Shapiro’s “We are seeing animals in a different light” and “Walruses Found Using Birds as Toys for First Time.”

Marc Bekoff’s latest books are Jasper’s Story: Saving Moon Bears (with Jill Robinson), Ignoring Nature No More: The Case for Compassionate Conservation, Why Dogs Hump and Bees Get Depressed: The Fascinating Science of Animal Intelligence, Emotions, Friendship, and Conservation, Rewilding Our Hearts: Building Pathways of Compassion and Coexistence, and The Jane Effect: Celebrating Jane Goodall (edited with Dale Peterson). The Animals’ Agenda: Freedom, Compassion, and Coexistence in the Human Age (with Jessica Pierce) will be published in April 2017 and Canine Confidential: An Insider’s Guide to the Best Lives For Dogs and You will be published in early 2018.

The Ghosts in Our Machine is one of the most striking films I have...
Previous articleWhat Happens to our Waste?
Next articleBook Review: The Vegan Book of Permaculture