Unsustainable fishing and hunting for bushmeat is driving iconic species to extinction – According to the latest IUCN Red List. 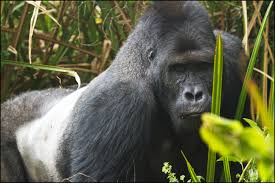 Overfishing has pushed two families of rays to the brink of extinction, while hunting for bushmeat and habitat loss have led to the decline of seven primate species, according to the latest update of The IUCN Red List of Threatened Species.  The update also reveals further evidence of the perilous state of freshwater fishes globally.  This is shown by high numbers of species threatened by the loss of free flowing rivers, habitat degradation, pollution and invasive species in Japan and Mexico.

The IUCN Red List now includes assessments for 105,732 species, of which 28,338 species are threatened with extinction.

“With more than 100,000 species now assessed for the IUCN Red List, this update clearly shows how much humans around the world are overexploiting wildlife,” said IUCN Acting Director General, Dr Grethel Aguilar. “We must wake up to the fact that conserving nature’s diversity is in our interest, and is absolutely fundamental to achieving the Sustainable Development Goals. States, businesses and civil society must urgently act to halt the overexploitation of nature, and must respect and support local communities and Indigenous Peoples in strengthening sustainable livelihoods.”

“This Red List update confirms the findings of the recent IPBES Global Biodiversity Assessment: nature is declining at rates unprecedented in human history,” said Jane Smart, Global Director of the IUCN Biodiversity Conservation Group.  “Both national and international trade are driving the decline of species in the oceans, in freshwater and on land.  Decisive action is needed at scale to halt this decline; the timing of this assessment is critical as governments are starting to negotiate a new global biodiversity framework for such action.”

The IUCN Red List: The IUCN Red List of Threatened Species™ contributes to the achievement of Target 12 of the 2011 to 2020 Strategic Plan for Biodiversity.  Target 12: By 2020 the extinction of known threatened species has been prevented and their conservation status, particularly of those most in decline, has been improved and sustained.

Global figures for the 2019-2 IUCN Red List of Threatened Species:

No species were recorded as having genuinely improved in status enough to move them into a lower threat category for the 2019-2 Red List update.

During April, people across the world celebrated the Christian holiday of Easter. For many,...
Previous articleFrom Ecosystem Services to Interdependence with Nature
Next articleAmazon Fires: A Wake-Up Call for Humanity