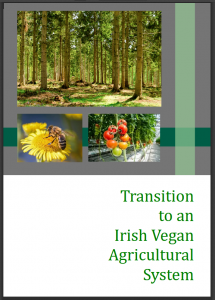 This report (individual chapters pdf) presents an exploration of the costs of our Food Production System Globally and in Ireland and the enormous benefits of Transitioning to a Vegan Agricultural System.  It outlines the principles that need to be taken into consideration for a socially just transition as well as presenting extracts from a range of recent scientific reports advocating for a move towards a plant based agricultural system.  It considers the economic, health and social implications as well as the huge biodiversity and climate change benefits of this transition.  It makes a list of recommendations for actions to enable an immediate and rapid transition to a Vegan Agricultural System in Ireland putting Payment for Ecosystem Services at the heart of Rural Land Management. 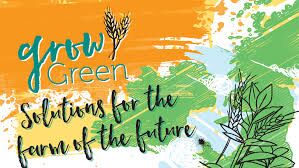 2 reports from the Vegan Society UK which look at growing food crops as an alternative to animal farming.

The Green Report from the NZ Vegan Society: 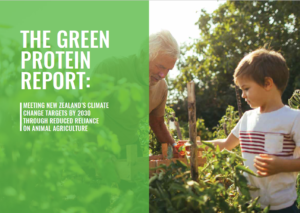 Report from the New Zealand Vegan Society showing how the country’s 2030 climate targets can be achieved through reduced reliance on animal agriculture.

Moving to a Vegan Agriculture System for Australia:

Report on transitioning to vegan agriculture by Greg McFarlane from Vegan Australia.

Eating Away at Climate Change with Negative Emissions: 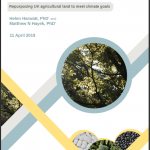 proposes repurposing portions of UK agricultural land for carbon dioxide removal, which is essential to meet the Paris Agreement.  This would necessitate shifting from animal to plant based food production.

Campaign to End Subsidies for Animal Agriculture and use subsidies for plant-based agriculture to restore biodiversity and reverse climate change.

Understanding the Environmental Reasons Why Regenerative Grazing is not a solution to the Climate and Biodiversity Emergency: 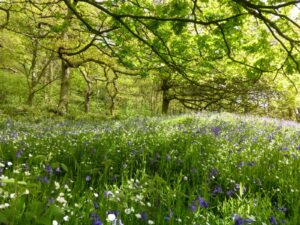 Regenerative agriculture is the new name for conventional tillage and has several key practices including no till/no ploughing/no-dig, cover crops, rotating crops, eliminating artificial fertilisers and not using any herbicides, pesticides or other agricultural poisons. Veganic regenerative agriculture harvests plants for human consumption and may provide habitat to rescued or wild animals but spares huge areas of agricultural land which can be returned to other species.  This document presents a selection of research papers, reports, media articles, and videos that explain why regenerative grazing is not a solution to climate change or biodiversity loss.