At Vegan Sustainability magazine we try to base our articles on published peer reviewed scientific papers that highlight the health and environmental impacts of animal agriculture and the multiple benefits of transitioning to a vegan agricultural system. Here we summarise some recent papers on issues related to climate change, human health, land use and deforestation. 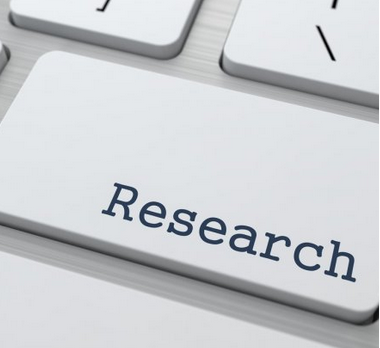 It’s worth noting that while the transition to a vegan agricultural system can be supported by research – ultimately veganism is an ethical and a social justice position.  Thanks to Benny Malone who had gathered these reports into a facebook environmental research page.

1)  Analysis and valuation of the health and climate change cobenefits of dietary change, Marco Springman, PNAS, 2015.

A global switch to diets that rely less on meat and more on fruit and vegetables could save up to 8 million lives by 2050, reduce greenhouse gas emissions by two thirds, and lead to healthcare-related savings and avoided climate damages of $1.5 trillion (US), Oxford Martin School researchers have found. ‘The food system is responsible for more than a quarter of all greenhouse gas emissions (80% for animal agriculture) while unhealthy diets and high body weight are among the greatest contributors to premature mortality. Our study provides a comparative analysis of the health and climate change benefits of global dietary changes for all major world regions. We project that health and climate change benefits will both be greater the lower the fraction of animal-sourced foods in our diets. Three quarters of all benefits occur in developing countries although the per capita impacts of dietary change would be greatest in developed countries. The monetized value of health improvements could be comparable with, and possibly larger than, the environmental benefits of the avoided damages from climate change.

What we eat greatly influences our personal health and the environment we all share. Recent analyses have highlighted the likely dual health and environmental benefits of reducing the fraction of animal-sourced foods in our diets. Here, we……quantify the linked health and environmental consequences of dietary changes. We find that the impacts of dietary changes toward less meat and more plant-based diets vary greatly among regions. The largest absolute environmental and health benefits result from diet shifts in developing countries whereas Western high-income and middle-income countries gain most in per capita terms. Transitioning toward more plant-based diets that are in line with standard dietary guidelines could reduce global mortality by 6–10% and food-related greenhouse gas emissions by 29–70% compared with a reference scenario in 2050.’

‘Multiple production and demand side measures are needed to improve food system sustainability. This study quantified the theoretical minimum agricultural land requirements to supply Western Europe with food in 2050 from its own land base, together with GHG emissions arising. Assuming that crop yield gaps in agriculture are closed, livestock production efficiencies increased and waste at all stages reduced, a range of food consumption scenarios were modelled each based on different ‘protein futures’. The scenarios were as follows: intensive and efficient livestock production using today’s species mix; intensive efficient poultry–dairy production; intensive efficient aquaculture–dairy; artificial meat and dairy; livestock on ‘ecological leftovers’ (livestock reared only on land unsuited to cropping, agricultural residues and food waste, with consumption capped at that level of availability); and a ‘plant-based eating’ scenario. For each scenario, ‘projected diet’ and ‘healthy diet’ variants were modelled. Finally, we quantified the theoretical maximum carbon sequestration potential from afforestation of spared agricultural land. The paper shows that even under extreme assumptions, some form of dietary change will be necessary to reach EU climate change targets (see below).

Results indicate that land use could be cut by 14–86 % and GHG emissions reduced by up to approximately 90 %. The yearly carbon storage potential arising from spared agricultural land ranged from 90 to 700 Mt CO2 in 2050. The artificial meat and plant-based scenarios achieved the greatest land use and GHG reductions and the greatest carbon sequestration potential.

‘A new study published by researchers at the Institute of Social Ecology has found that it is possible to feed the world without further deforestation. The study assesses the likelihood of 500 various options for feeding the global population in 2050 in a hypothetical world of zero-deforestation, depending on combination of key factors including agriculture technology, livestock systems, and human diet. Every combination in which the human population follows a plant-based diet would be feasible for a deforestation-free future, the study found. “According to our analysis, human nutritional behavior is the most important component,” study author Karl-heinz Erb said. “If the world’s population followed a vegan diet, all combinations of parameters, even those with lowest yield levels and low cropland expansion, would be feasible.” In contrast, only 15 percent of the 500 options that include a global meat-heavy diet would work toward the goal of preservation of forests.

CHATHAM HOUSE ‘Consumption of meat and dairy produce is a major driver of climate change. Greenhouse gas emissions from the livestock sector are estimated to account for 14.5 per cent of the global total, more than direct emissions from the transport sector.

Even with ambitious supply-side action to reduce the emissions intensity of livestock production, rising global demand for meat and dairy produce means emissions will continue to rise. Shifting global demand for meat and dairy produce is central to achieving climate goals. Recent analyses have shown that it is unlikely global temperature rises can be kept below two degrees Celsius without a shift in global meat and dairy consumption. Reducing demand for animal products could also significantly reduce mitigation costs in non-agricultural sectors by increasing their available carbon budget. However, there is a striking paucity of efforts to reduce consumption of meat and dairy products. A number of factors, not least fear of backlash, have made governments and environmental groups reluctant to pursue policies or campaigns to shift consumer behaviour. The lack of attention afforded to the issue among policy-makers and opinion-formers contributes to a lack of research on how best to reduce meat and dairy consumption. As a first step in addressing this lack of research, Ipsos MORI was commissioned by Chatham House to undertake the first multi-country, multilingual online survey specifically to explore public attitudes on the relationship between meat/dairy consumption and climate change. The data presented in this paper reveal a major awareness gap about livestock’s contribution to climate change. Compared with other sectors, recognition of the livestock sector as a signicant contributor to climate change is markedly low. Consumers with a higher level of awareness were more likely to indicate willingness to reduce their meat and dairy consumption for climate objectives. Closing the awareness gap is therefore likely to be an important precondition for behaviour change. Those actors most trusted to inform consumers on the links between livestock and climate change are generally ‘experts’ and environmental groups, though important differences exist between countries’

You can also read a good article summarising the report here.

‘To support food security for current and future generations, there is a need to understand the relation between sustainable diets and the health of a population. In recent years, a number of studies have investigated and compared different dietary patterns to better understand which foods and eating patterns have less of an environmental impact while meeting nutritional needs and promoting health. This systematic review (SR) of population-level dietary patterns and food sustainability extends and updates the SR that was conducted by the 2015 US Dietary Guidelines Advisory Committee, an expert committee commissioned by the federal government to inform dietary guidance as it relates to the committee’s original conclusions. In the original SR, 15 studies met the criteria for inclusion; since then, an additional 8 studies have been identified and included. The relations between dietary intake patterns and both health and environmental outcomes were compared across studies, with methodologies that included modeling, life cycle assessment, and land use analysis. Across studies, consistent evidence indicated that a dietary pattern higher in plant-based foods (e.g., vegetables, fruits, legumes, seeds, nuts, whole grains) and lower in animal-based foods (especially red meat), as well as lower in total energy, is both healthier and associated with a lesser impact on the environment.’

The Underestimated Ecological Impacts of Animal Agriculture (by Nicholas Carter)

Click here to view the talk, which was recorded as part of the Nation...

In a recent article published in Environmental and Resource Economics titled “Building a Social...
Previous articleA New Farming Future
Next articleA New Pact with the Planet