What Happens to our Waste?

Bronwyn Slater looks at what happens to all our waste, and then outlines some of the measures we can take to reduce or eliminate it. 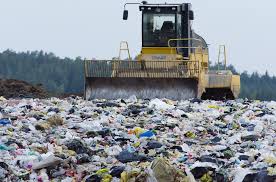 Where does our waste go?

Each person in Europe currently produces about half a ton of household waste per year. Only 40% of this is reused or recycled and the remainder goes to landfill. A major disadvantage to burying rubbish in landfills is the potential to pollute the surrounding soil and groundwater with toxins and leachate. Huge amounts of carbon dioxide, methane and other harmful greenhouse gases are also produced during decomposition in landfills.

Many countries carry out waste incineration in addition to landfill and recycling. Modern incinerators can reduce the volume of the original waste by 95% and the process can also be used to generate electricity or heat (although this energy can usually only serve the equivalent of a small town). The problem with incineration is that the gases and ash produced contain toxins that can pollute the environment. Hence the ‘not in my backyard’ attitude by locals whenever incineration plants are proposed.

Glass, paper, cardboard, aluminium and some plastics can all be recycled. Plastic recycling is complicated and the uses for recycled plastics are limited. Plastic, unlike glass, can only be recycled once.  Some types of plastics are not recyclable and these end up as trash (see below).

Every home should have a compost bin for food and garden waste. On a large scale, many countries operate anaerobic digestion plants which use agricultural waste such as manures, slurries, crops, residues and municipal waste to create biogas which in turn can be used to create heat or electricity.

Research released a year ago found there were more than 5 trillion pieces of plastic floating in the seas. Plastic debris includes municipal waste such as bottles, bags and packaging. The plastic breaks down into successively smaller pieces and can kill fish and seabirds when ingested. An autopsy carried out on a beached whale in Norway recently showed the animal’s stomach was empty of food and full of plastic including 30 plastic bags.

Once a plastic bottle is tossed into the ocean or left on the street, it won’t fully degrade for 1,000 years. It will instead break into many tiny pieces that have the capacity to absorb harmful toxins. These microplastics are consumed by fish and plankton. The plastic never disappears, but continues to circulate in a vicious cycle.

Plastics production is expected to double in the next 20 years and research suggests that, unless action is taken, there could be more plastic than fish in the sea by 2050.

How did it all get there?

Approximately 85% of all discarded clothes are sent to landfill, which means that clothing is responsible for a high percentage of our waste. In addition, the manufacture of clothing itself requires vast amounts of water, energy and chemicals. The Water Footprint Network estimates that 10,000 tons of water are required to produced  one ton of cotton. The textile industry has caused river pollution in China, India, Cambodia, and Bangladesh. Cotton is the most widely used fabric in the clothing industry. It is grown on just 2.4% of the world’s cropland but accounts for 24% of global sales of insecticides.

What is the Solution?

How do we clean up the Oceans:

There are currently some very promising projects which aim to tackle ocean waste:

Ultimately, we need to stop debris from entering the sea in the first place. This can be done by making sure there is a suitable waste infrastructure in every country. Beaches and public amenities need to be kept clean at all times, and visitors should be made aware of the need to bring their trash home with them. Education and behaviour modification is key and people need to be made aware of where their rubbish could end up after they throw it away.

Make sure you compost food and garden waste at home, or if you generate large amounts of garden or other biological waste your local recycling service may be able to accept it.

Upcycling makes new items out of old ones. Used furniture is a great example of upcycling and items can be newly upholstered, repaired, re-varnished, etc. Remakeries take used goods and repair, upcycle and re-sell them. Check out the Edinburgh Remakery here as an example.

The repair café concept was founded in Amsterdam in 2009 and there are now 1,180 repair cafés in 30 countries. You can check many of them out online here. The basic concept is that you take your broken item to the café and it will be repaired there (by a volunteer) while you wait. There is a social and local dimension to these cafés where tea and coffee are provided and people can relax and chat to others.

Freecycling or giving away your unwanted items for free has also become very popular and you should now be able to find freecycle groups in most major towns and cities. Charity donation is also another option when giving away unwanted goods.

In conclusion, a lot is being done to address the problem of waste. Along with a growing awareness of the problem, new movements to address it are gaining ground. As time goes on, perhaps technology will advance to the point where waste is no longer a problem. In the meantime, there is a lot that we can do as individuals in order to reduce the amount of waste we produce.

For me, zero waste means I avoid buying anything in plastic, even if it’s...

In this, his second book, Boyle looks at various aspects of our lives such...
Previous articleDiet and Climate Change: Cooking up a Storm
Next articleThe World According to Intelligent and Emotional Chickens