Improving a broad range of health outcomes with a plant based diet. 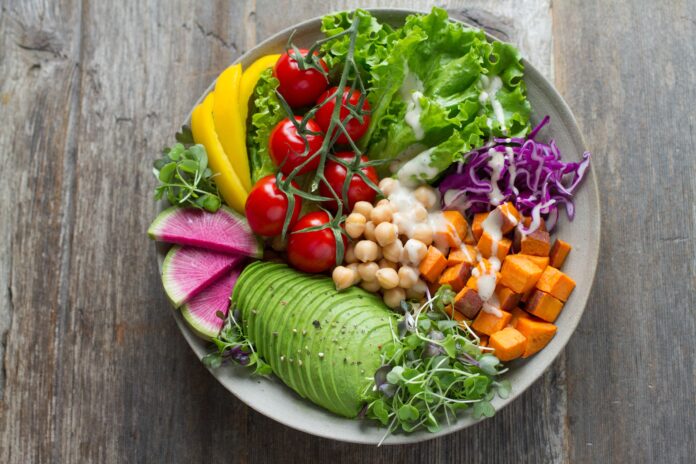 A vegan menu is a powerful and pleasurable way to achieve good health. The vegan diet is based on a wide variety of foods that are satisfying, delicious, and healthy. Vegetarians avoid meat, fish, and poultry. Those who include dairy products and eggs in their diets are called lacto-ovo vegetarians. Vegans eat no meat, fish, poultry, eggs, or dairy products. While there is a considerable advantage to a lacto-ovo vegetarian pattern, vegan diets are the healthiest of all, reducing risk of a broad range of health concerns.

Acheiving and maintaining a healthy weight

When you build your meals from a generous array of vegetables, fruits, whole grains, and beans weight loss is remarkably easy. And along with it come major improvements in cholesterol, blood pressure, blood sugar, and many other aspects of health. The message is simple: Cut out the foods that are high in fat and devoid of fiber, and increase the foods that are low in fat and full of fiber. This low-fat, vegan diet approach is safe and easy—once you get the hang of it.

Vegans have much lower cholesterol levels than meat-eaters, and heart disease is less common in vegans. Vegan meals are typically low in saturated fat and usually contain little or no cholesterol. Since cholesterol is only found in animal products such as meat, dairy, and eggs, vegans consume a cholesterol-free diet.

The type of protein in a vegan diet may be another important advantage. Many studies show that replacing animal protein with plant protein lowers blood cholesterol levels—even if the amount and type of fat in the diet stays the same. Those studies show that a low-fat, vegan diet has a clear advantage over other diets.

An impressive number of studies, dating back to the early 1920s, show that vegans have lower blood pressure than non-vegans. In fact, some studies have shown that adding meat to a vegan’s diet raises blood pressure levels rapidly and significantly. The effects of a vegan diet occur in addition to the benefits of reducing the sodium content of the diet. When patients with high blood pressure begin a vegan diet, many are able to eliminate the need for medication.

The latest studies on diabetes show that a vegan diet high in complex carbohydrates and fiber (which are found only in plant foods) and low in fat is the best dietary prescription for controlling and preventing diabetes. A diet based on vegetables, legumes, fruits, and whole grains, which is also low in fat and sugar, can lower blood sugar levels and often reduce or even eliminate the need for medication. Since individuals with diabetes are at high risk for heart disease, avoiding fat and cholesterol is important, and a vegan diet is the best way to do that.

A vegan diet helps prevent cancer. Studies of vegans show that death rates from cancer are only about one-half to three-quarters of those of the general population. Breast cancer rates are dramatically lower in countries where diets are typically plant-based. When people from those countries adopt a Western, meat-based diet, their rates of breast cancer soar. Vegans also have significantly lower rates of colon cancer than meat-eaters. Colon cancer is more closely associated with meat consumption than any other dietary factor.

Why do vegan diets help protect against cancer?

First, they are lower in fat and higher in fiber than meat-based diets. But other factors are important, too. Plants contain other cancer-fighting substances called phytochemicals. For example, vegans usually consume more of the plant pigments beta-carotene and lycopene. This might help to explain why they have less lung and prostate cancer. Also, some studies have suggested that diets that avoid dairy products may reduce the risk of prostate and ovarian cancer. Some of the anti-cancer aspects of a vegan diet cannot yet be explained. For example, researchers are not quite sure why vegans have more of certain white blood cells, called “natural killer cells,” which are able to seek out and destroy cancer cells.

Vegans are less likely to form either kidney stones or gallstones. In addition, vegans may also be at lower risk for osteoporosis because they eat little or no animal protein. A high intake of animal protein encourages the loss of calcium from the bones. Replacing animal products with plant foods reduces the amount of calcium lost. This may help to explain why people who live in countries where the diet is typically plant-based have little osteoporosis, even when calcium intake is lower than that in dairy-consuming countries.

It’s easy to plan vegan diets that meet all your nutrient needs. Grains, beans, and vegetables are rich in protein and iron. Green leafy vegetables, beans, lentils, tofu, and nuts are excellent sources of calcium, as are enriched soymilk and fortified juices. Vitamin D is normally made in the body when sun shines on the skin. People who are dark-skinned or live at northern latitudes have some difficulty producing vitamin D year-round. Vitamin D can easily be obtained from fortified foods. Some sources are commercial breakfast cereals, soymilk, other supplemental products, and multivitamins. Regular intake of vitamin B12 is important. Good sources include all common multiple vitamins (including vegetarian vitamins), fortified cereals, some brands of nutritional yeast, and fortified soymilk. It is especially important for pregnant women and breast-feeding mothers to get enough vitamin B12. When reading food labels, look for the word cyanocobalamin in the ingredient list. This is the form of vitamin B12 that is best absorbed.

If you are looking for a great one stop place for nutritional information on the health benefits of a vegetarian or a vegan diet with:

then the PCRM Vegetarian Starter Kit pdf is a great accessible starting place.

High blood pressure, also known as “hypertension,” is the number one reason people visit...
Previous articleTheory of Mind and Play: Ape Exceptionalism is too Narrow
Next articleReclaiming the Word ‘Sustainability’