Global wildlife is in freefall, warned WWF, as its flagship Living Planet Report 2020 reveals population sizes of mammals, birds, fish, amphibians and reptiles have fallen an average of 68 per cent globally since 1970 – more than two thirds in less than 50 years. 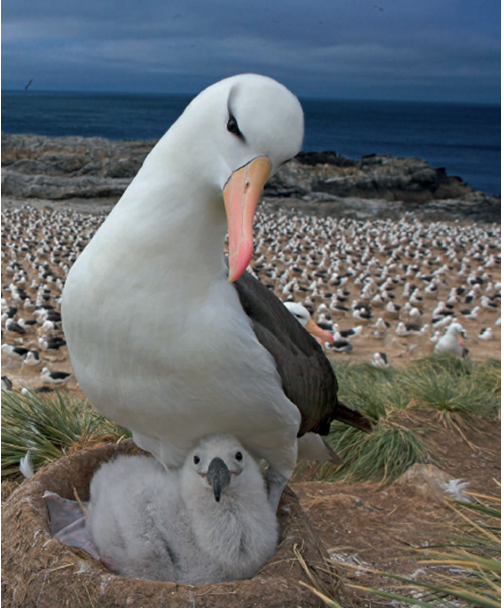 Nature is being destroyed by humans at a rate never seen before, and this catastrophic decline is showing no signs of slowing, the study says.  Intensive agriculture, deforestation and the conversion of wild spaces into farmland are among the main causes of nature loss, while over-fishing is wreaking havoc with marine life.  The decline has happened even faster than anticipated in 2018, and the conservation charity is warning that without urgent global action, life on Earth will be pushed to the brink.

This year’s Living Planet Report includes significant new research from a global group of scientists which confirms for the first time the actions that can halt and reverse the downward spiral of wildlife loss.  The research shows that we can only turn things around if ambitious conservation efforts to protect our wildlife are combined with urgent action to stop habitat loss and deforestation – changing our farming and the way we produce our food; tackling food waste and moving to healthier diets; and working to restore damaged habitats and landscapes.  With this urgent and ambitious global action in both conservation and the food and agriculture system, it may still be possible to put nature on a path to recovery by 2030.

Tanya Steele, Chief Executive at WWF, said: “We are wiping wildlife from the face of the planet, burning our forests, polluting and over-fishing our seas and destroying wild areas. We are wrecking our world – the one place we call home – risking our health, security and survival here on Earth. Now nature is sending us a desperate SOS and time is running out.  We are in a fight for our world: we now know what needs to be done, and paper promises won’t be enough. Only by putting the environment at the heart of our decision making can we build a safe and resilient future for nature, people and our planet.”

Highlights from the study and the latest Living Planet Index data include:

The report also highlights that 75% of the Earth’s ice-free-land has been significantly altered by human activity, and almost 90% of global wetlands have been lost since 1700.

Conservation measures are already proving they can deliver positive results around the world, with legal protection for forest elephants in Ghana, blacktail reef sharks in Australia and tigers in Nepal resulting in large population increases, the LPI shows.

This year’s Living Planet Report also includes Voices for a Living Planet, a collection of essays from global thought leaders on how to build a healthy and resilient world for people and nature.

The Living Planet Report is based on data from the Living Planet Index produced by ZSL. Dr Andrew Terry, ZSL’s Director of Conservation, said: “The Living Planet Index is one of the most comprehensive measures of global biodiversity. For this report, ZSL’s team tracked data on 20,811 populations of 4,392 vertebrate species. An average decline of 68% in the past 50 years is catastrophic, and clear evidence of the damage human activity is doing to the natural world.  If nothing changes populations will undoubtedly continue to fall, driving wildlife to extinction and threatening the integrity of the ecosystems on which we all depend. But we also know that conservation works and species can be brought back from the brink. With commitment, investment and expertise, these trends can be reversed.”

About the Living Planet Report 2020
The Living Planet Report 2020 is the thirteenth edition of WWF’s biennial flagship publication and includes contributions from more than 125 experts from around the world. The report draws on the latest findings measured by ZSL’s Living Planet Index, tracking 20,811 populations of 4,392 species. This year’s index includes 400 new species and 4,870 new populations. The 2020 global Living Planet Index shows an average 68 per cent decline in monitored populations. The percentage change in the index reflects the average proportional change in animal population sizes tracked over 46 years – not the number of individual animals lost.

A full version of the Living Planet Report 2020 is available here.

An additional in-depth report into the Freshwater LPI findings is available here.

The effect of climate change on species is studied in a further report, Biodiversity In A Warming World, available here.

About WWF
WWF (Worldwide Fund for Nature) is one of the world’s largest independent conservation organisations, active in nearly 100 countries. Our supporters – more than five million of them – are helping us to restore nature and to tackle the main causes of nature’s decline, particularly the food system and climate change. We’re fighting to ensure a world with thriving habitats and species, and to change hearts and minds so it becomes unacceptable to overuse our planet’s resources.

Rewilding our Understanding of Animal Rights

Rewilding will be a term familiar to most of you, not least since controversial...