6 Foods that help with Autoimmune Disease

Autoimmune diseases diagnoses are often given with no recommended treatments.  But food can play a role in helping the body heal.  What might an autoimmune disease diet look like?  And what foods should you eat and avoid to feel better and even reverse illness? 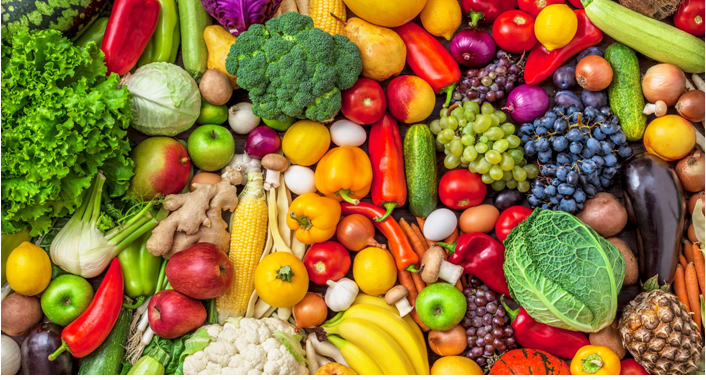 If you or someone you know has an autoimmune disease, you know these illnesses can be overwhelming, frustrating, and debilitating.  When you have an autoimmune disease, basically, your body is attacking itself.  These conditions are notoriously difficult to diagnose.  And they can manifest through a wide variety of symptoms.  So getting to the root cause isn’t easy and takes time.

When you have an autoimmune disease, your immune system misidentifies healthy tissues and organs as being foreign.  This causes the body to produce antibodies that attack your body’s own tissues.  Your symptoms might come on quickly or gradually.  You may feel overwhelming fatigue, crippling pain, and debilitating weakness.  Or you may feel dizzy and have brain fog.  You may feel miserable, like you’re on a roller coaster of good days and bad days with no end in sight.  These diseases can be frustrating and isolating, but each experience is unique.  Autoimmune diseases can show up in at least 80 different ways in all areas of the body.  But all autoimmune diseases share one common theme: an out-of-sync immune system that has turned inward, attacking parts of the body as if they were foreign invaders.  Some of the most common ones include Rheumatoid arthritis, Lupus (SLE), Psoriasis, Inflammatory Bowel Diseases, and Type 1 diabetes.

There’s no definitive answer as to what causes autoimmune disease.  No established cures for autoimmune diseases exist.  But scientists suspect genetics, infections, and environmental factors including diet, toxins, and the balance of intestinal bacteria.  In recent history, Westernized countries have seen significantly higher rates of these diseases — suggesting that autoimmune diseases are not just a product of genetics or bad luck.  Instead, they may be strongly influenced by the choices we make.  Lifestyle changes, particularly food choices, can play a key role in managing or even reversing many of these autoimmune diseases.

How Excessive Inflammation Is Linked to Autoimmune Diseases

According to the Journal of Immunology Research, “increasing evidences show that the abnormal inflammatory response is closely associated with many chronic diseases, especially in autoimmune diseases.”  Fundamentally, autoimmune disease is an inflammation issue.  Doctors typically turn to medication for dealing with the symptoms of inflammatory conditions, but this often fails to address the root causes — including allergens, infections, environmental toxins, an inflammatory diet, and stress.  Food can be a powerful tool for fighting excessive inflammation.

What Does The Science Say About An Autoimmune Disease Diet? – Healthy, Plant-Based Eating Can Help

A 2014 research review published in the journal Current Allergy and Asthma Reports found that the symptoms of many autoimmune diseases — including fatigue in MS, pain and diarrhea in IBD, or the need of insulin in type one diabetes — may be “considerably affected” by food choices.  A whole food, plant-based diet, in particular, can make a world of difference.

A 2001 study published in the journal Rheumatology found that a vegan diet (also free from gluten) could significantly improve the signs and symptoms of rheumatoid arthritis (RA).  One potential driver of RA is low levels of potassium.  Multiple studies — including this one in the Annals of the Rheumatic Disease — have noted that patients with RA tend to have lower levels of potassium in their blood.  Further research has suggested that may apply to other autoimmune conditions as well.  Where does potassium come from?  The leading sources are plant foods, such as avocado, acorn squash, spinach, sweet potato, pomegranate, and bananas.

Give Your Gut Some Love

Gut health is a crucial component when it comes to healing and preventing the development of autoimmune diseases.  A 2017 study published in the  Frontiers of Immunology found that “leaky gut” — when the intestinal epithelial lining loses integrity and allows the passage of bacteria and toxins into the blood — can “trigger the initiation and development of autoimmune disease.”  Another report published in 2012 in the journal Nature found that when the digestive system encounters saturated fat, it breaks down the healthy bacteria in the gut.  This causes inflammation, an increased immune response, and tissue damage.  Saturated fat is primarily found in butter, cheese, red meat, and other animal-based foods.

So what’s the best way to take care of your gut?  Healthy probiotics (beneficial bacteria) can be helpful.  Good sources may include fermented foods, such as kimchi and sauerkraut, unsweetened yogurts, coconut kefir, and probiotic supplements.  But it’s equally important to feed the “good guys” abundant healthy prebiotic foods that help them to increase.  The number one food that probiotics love is fiber.  The particular kinds of fiber that are most beneficial are found in chicory root, Jerusalem artichoke, dandelion greens, garlic, leek, onion, asparagus, jicama, apple, flaxseed, and burdock root.

Certain spices are particularly beneficial when it comes to minimizing inflammation and boosting your body’s healthy immune response.  Super-flavorful options include ginger, cayenne pepper, cloves, garlic, cinnamon, and turmeric.  Turmeric, in particular, is a powerful anti-inflammatory.  A 2007 study published in Advances in Experimental Medicine and Biology noted that curcumin (the primary active ingredient in turmeric) has been shown to help with multiple sclerosis, rheumatoid arthritis, psoriasis, and inflammatory bowel disease.

Many people battling autoimmune disorders may want to consider reducing or eliminating the following foods/ingredients:  Gluten, Sugar, and Animal products

Many animal-based proteins, like those found in meat, milk, and eggs, can cause an inflammatory response in the body, exacerbating autoimmune conditions.  A 2010 study reported in the Journal of the American Dietetic Association found that patients who adhered to a vegan diet for three and a half months experienced a great deal of improvement in pain, swollen/tender joints, and morning stiffness than the control group patients who followed a standard American diet.  A 2015 study published in Complementary Therapies in Medicine determined that patients who ate a vegan diet for three weeks significantly reduced their C-reactive protein, a significant factor in acute inflammation.  Twenty years ago, scientists published research in the American Journal of Cardiology showing that a single meal high in animal fats could cause an immediate spike in inflammation that peaked at around four hours.  Essentially, these animal fats paralyzed the arteries, cutting their flow volume almost in half.  For those who eat animal products at every meal, just as the inflammation from one meal is winding down — the spike could be starting again.  Other studies have found that exposure to animal products can trigger autoimmune attacks and flare-ups in people with conditions like arthritis, so a plant-based diet may be of real benefit.

Empower Yourself to Heal Through Food

Autoimmune diseases can be notoriously frustrating.  But food can be a powerful tool in fighting back against illness and helping your body heal.  By sticking to a healthy diet based around whole plant foods and by avoiding some of the key triggers, you can make a world of difference to support your own well-being.  And you can boost and balance your immune system so it can be your reliable friend and protector for years and decades to come.

Discover The Truths About Autoimmune Disease in This Free, 7-Part Documentary

What if you could make sense of autoimmune diseases and find ways to prevent and reverse these painful conditions?  If you or someone you know is suffering from an autoimmune disease or if you just want to learn more about these conditions, which are affecting more than 700 million people worldwide, you can check out the free documentary series Autoimmune Secrets.  You’ll get practical, cutting-edge insights about healing from autoimmune diseases…

This Report highlights how the global food system is the biggest driver of destruction...
Previous articleOrganic Sikkim Leading the World
Next articleFisheries Research Papers and Reports in 2018