Edited with comments by James O’Donovan – extracts from the Cory Booker Website and the Farm Reform Act are in quotations. 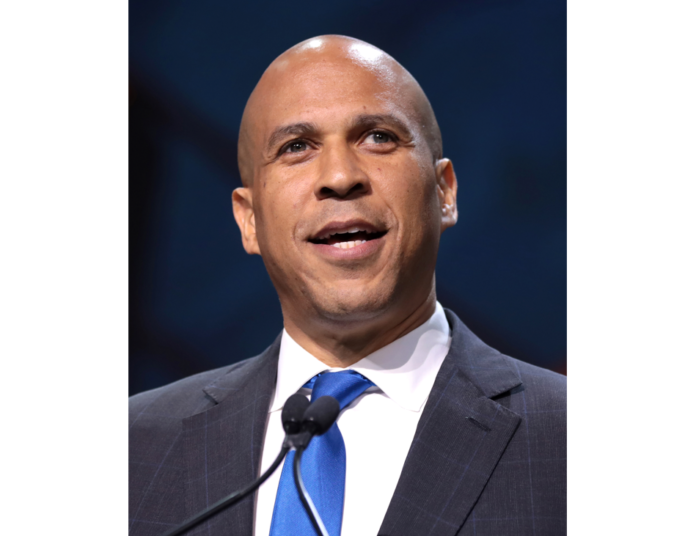 In July 2021, U.S. Senator Cory Booker (New Jersey Democrat) reintroduced the Farm System Reform Bill/Act (FSRA).  According to Senator Cory Booker this legislation would crack down on monopolistic practices at multi-national meatpacking companies, invest billions in the transition to a more resilient food system and place a moratorium on large factory farms.

Cory Booker’s website points out that “According to the Centre for Disease Control and Prevention, large CAFOs produce as much as 1.4 billion tons of waste each year and are not required to maintain a treatment facility for livestock waste. The number of CAFOs have dramatically increased over the years and the steady growth makes rural communities vulnerable to environmental hazards and threatens the economic prosperity of family farms.”

According to data from the US Environmental Protection Agency, from 2011 to 2017 the United States saw more than 1,400 new large-scale concentrated animal feeding operations (CAFOs) established. An increase of 7.6% to 20,000.

“Large CAFOs produce enormous amounts of animal waste and other harmful pollution, which are directly linked to environmental and health problems for farming communities across the country. These factory farms create runoff pollution that can contaminate waterways and drinking water.”

“The overuse of medically important antibiotics by large CAFOs has led to the generation and spread of dangerous antibiotic resistant bacteria. In 2019, the American Public Health Association urged federal, state, and local governments and public health agencies to impose a moratorium on all new and expanding CAFOs, and a 2021 study found that air pollution due to animal agriculture is responsible for 12,800 US deaths per year.”

The bill defines small CAFOs, which will be allowed to continue. These are still huge operations by EU standards, for example, allowing 1,000 cattle, whereas the average beef farm in Ireland has 35 cattle. However the largest CAFO in the US, J.R. Simplot Grand View CAFO in Idaho, can hold 150,000 cattle. The full definition of small CAFOs for the different animals can be found in the act.

The bill calls for “Voluntary Debt Forgiveness and Transition Assistance Program for Animal Feeding Operations. The Act authorizes $100,000,000,000 over 10 years for a voluntary buyout program for owners of animal feeding operations (AFOs) who wish to transition to other activities on the property. Funds could be used to partially or fully pay off outstanding debt incurred to construct and operate an AFO or to cover transition costs for alternative agriculture activities such as raising pasture-based livestock, growing specialty crops, or organic commodity production.”

According to the Meatonomics Website US taxpayers spend $38 billion a year to subsidize meat and dairy.  So providing a fund of $10 billion a year for ten years to transition out of factory farming is a major investment.  However, it’s a major mistake to fund transitions to pasture based production systems.

Other measures in the Farm System Reform Act include, “holding corporate integrators responsible for pollution and other harm caused by CAFOs, cracking down on the monopolistic practices of meatpackers and restoring mandatory country-of-origin labelling requirements.”  However, none of these measures support the necessary transition to a plant based food system.

From my own perspective, the introduction of a $10 billion a year fund could be a major driver towards a more ethical plant based food system.  Getting the bill passed will be very difficult.  To understand the difficulty of shifting the food system in Europe or the US, it is essential to understand how meat industry lobbying is blocking even mildly progressive legislation. VSM recommends the new New York Times video which highlights this issue and also features Cory Booker: Meet the People Getting Paid to Kill our Planet.  At times it can seem like farmers are unwilling to change to a more positive future but often (though not always) they are stuck in an out-dated harmful system of agricultural supports.  Farmers can easily understand the harms of grass based systems and the benefits of plant protein, as highlighted in this (non-vegan) US farming article.

A study carried out by Professor Patrick Brown of Stanford University and Professor Michael...
Previous articleHow Nitrogen Pollution is forcing Agriculture to change in The Netherlands
Next articleNews on an emerging Vegan World – Spring 2022