Antibiotic Resistance is moving towards a Tipping Point 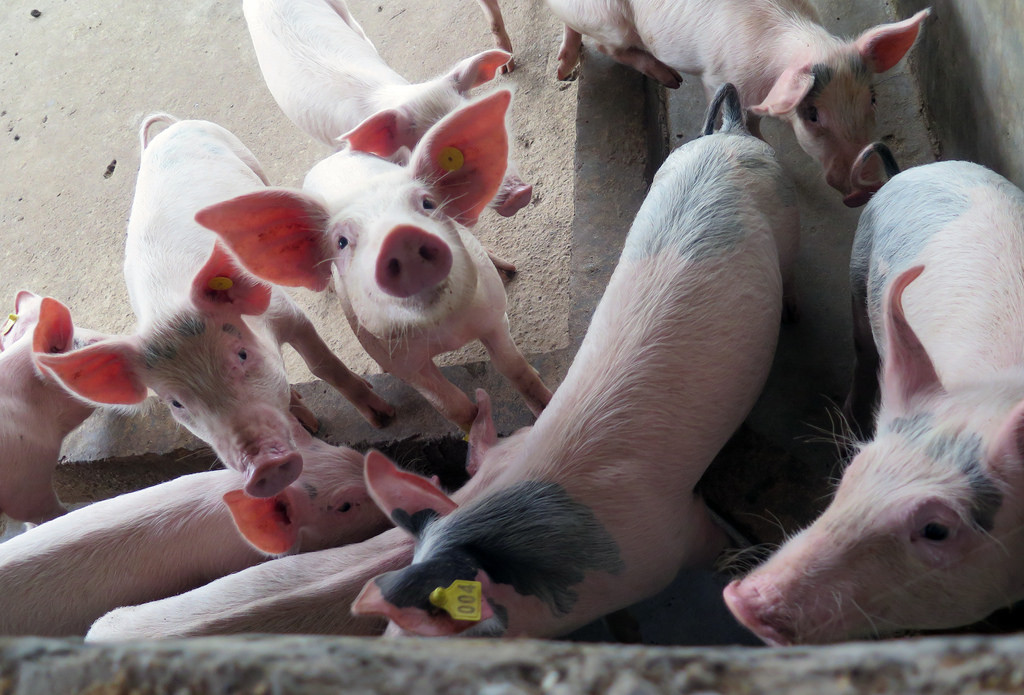 Now Is The Time to Pay Attention and Take Action!

Antibiotic resistance is one of the most serious public health issues facing our world today. It’s a global threat —  one that everyone should be concerned about. But in 2017, the situation could reach a new tipping point, leading to more people dying from common bacterial infections, such as urinary tract infections and pneumonia.

In 2017, an estimated 700,000 people are expected to die from antibiotic-resistant bacteria, thanks to a rapidly developing set of “superbugs” — which are dangerous bacteria that are resistant to antibiotic treatment. Scientists have warned us about a “post-antibiotic era,” which could mean “an end to modern medicine as we know it.” And for only the fourth time in history, the United Nations has elevated a health issue to crisis level.

What are antibiotics? And how did they get their start?

Antibiotics are drugs that fight infections caused by bacteria in humans and animals. They fight infections either by killing the bacteria or by making it difficult for the bacteria to grow and multiply. While they have some problematic impacts, mainly because they kill bacteria indiscriminately (thus killing off “good” bacteria as well as bad, and triggering negative impacts on the microbiome and digestive process), there is no doubt that they have saved many tens of millions of lives.

Antibiotics don’t work for viruses, like colds and the flu, even though they are commonly misprescribed for these illnesses.

The modern antibiotic era began in 1928 when Alexander Fleming accidentally discovered penicillin. Since the 1940s, when antibiotic drugs were made readily available to the public, they have greatly reduced illnesses and deaths from infectious diseases. But misuse of these powerful drugs has led to the ominous and increasing development of antibiotic resistant bacteria.

What is antibiotic resistance?

The more antibiotics that are in use in the world, the less likely they are to be successful at fighting infections. For as long as antibiotics have been around, resistance has existed in small amounts. But by killing off the non-resistant bacteria, the indiscriminate use of antibiotics has been given a competitive advantage to resistant bacteria.

Now, when people become infected with resistant bacteria, they are given antibiotics that have for decades successfully wiped out the infection – but increasingly the antibiotics don’t work. This is leading to a serious and even life-threatening situation.

We’re now heading towards a critical point where common infections once again kill, and where antibiotic dependent surgeries and cancer therapies are threatened.

Clearly, we have a problem. But what’s driving it?

Many people point to the over-prescribing of antibiotics for humans. And they have a good point. Last year antibiotics were prescribed more than 260 million times in the US alone – nearly once for every person in the country. Up to 50% of these prescriptions were for viral infections, for which antibiotics are completely useless.

But that’s not the half of the problem.

According to Mark Woolhouse, a professor of Infectious Disease Epidemiology at the University of Edinburgh in Scotland, at some point this year, we will likely reach the point where more antibiotics are consumed by farm animals worldwide than by humans.

This is a significant and tragic milestone because it means the development of resistant bacteria will become increasingly unstoppable.

If antibiotic resistance continues, antibiotic treatments will continue to become less and less effective, and something as simple as strep throat or a cut on your finger could kill … like it used to in the early 1900s.

How Did We Get Here?

Now, today’s Concentrated Animal Feeding Operations (CAFOs – or factory farms as the public usually refers to them) are so crowded with such horrific conditions that industrial farm operators routinely administer regular doses of antibiotics via feed and water to all their animals — to keep their animals alive and gaining weight despite the filthy conditions.

The number of antibiotics farmers are using is enormous. In the U.S., the FDA didn’t even know the quantity of these drugs that farmers were using, until a law passed in 2008 requiring drug companies to give full reports of their profits.

And then in 2010 when the results came in, the FDA shockingly announced that almost 29 million pounds of antibiotics were being devoted to livestock production, rather than to human health care. So in the US 80% of all antibiotics are given to farm animals. And the numbers have only gone up since then.

While the livestock industry has long said that any risk to human health from using antibiotics in farming is minimal, and claimed that the resistance does not cross over to humans, the UN Food and Agriculture Organization now accepts the danger, as do the Centers for Disease Control and Prevention, the World Health Organization, and the UK government.

Bacteria that become resistant due to overuse in livestock can impact humans through direct contact with animals, through the food chain, or through the environment.

One example is colistin. This drug is the only antibiotic left that works against some human infections. Resistance to colistin developed and spread worldwide in 2015, and the European Medicines Agency says bacteria resistant to colistin most likely arose in livestock.

We’re now at the brink of a post-antibiotic era

In December 2016, Ohio State University researchers published the results of a frightening study — which they fear could signal “the end of the antibiotic age.” A bacteria with a gene resistant to a class of drugs used when all other antibiotics have failed was found on a Midwestern hog farm.

This is troubling because the bacteria is highly mobile. And the presence of the bacteria on hog farms means the bacteria is spreading. Antibiotic expert Dr. David Wallinga describes the situation as a “petri dish for brewing up superbugs.”

Experts estimate that by 2050, 10 million people each year could die from infections that are resistant to antibiotics.

Countries are reducing the use of antibiotics

Denmark and Sweden have sharply restricted the use of antibiotics in food animals. Germany has a new strategy to reduce the use of these drugs in both human medicine and livestock production. And one country, the Netherlands, has gone even farther and already reduced animal antibiotic abuse by half — without harming animal welfare.

If these countries are successfully reducing antibiotic use, can other countries also take action and reduce the use of antibiotics? For food policy makers, it is a public health imperative to radically reduce the global use of these potent drugs.

Meanwhile, in the United States

According to recent numbers, antibiotics used for farm animals in the U.S. increased again in 2015, though the rate of increase slowed from previous years.

But a recent estimate from the National Institute of Allergy and Infectious Diseases says that, in the U.S., antibiotic resistance contributes to 90,000 deaths annually, $55 billion in health care costs, and 8 million additional days that people spend in the hospital.

Even though the FDA has known of the concern caused by overuse of antibiotics in agriculture, the agency has done little to stop it. Until recently…

In early 2017, the FDA finally took action to restrict antibiotic use in livestock animals. They passed rules which no longer allow farmers to engage in two longstanding practices:

These steps have already been taken in the European Union, where growth-promoting antibiotic use in livestock has been outlawed since the beginning of 2006. However, EU countries discovered that after their ban, routine antibiotic use continued and resistant bacteria kept emerging. Therefore, politicians had to take additional action.

Another thing these U.S. rules don’t accomplish is curbing antibiotic dosing that is intended to prevent animals from getting sick in crowded farm conditions. While these new rules are a step in the right direction, many public health authorities are convinced they won’t have as much effect as the FDA believes. In the past, U.S. meat was found to be full of antibiotic-resistant bacteria — even in meat advertised as antibiotic-free — despite voluntary regulations put in place by the FDA.

While some countries are taking action, there are almost no controls on antibiotic use in most of the developing world. Economists predict that if present trends continue, the emerging economies of India, China, and Brazil will account for a two-thirds rise in global antibiotic use by 2030.

What you can do to reduce antibiotic resistance

The simplest thing is to adopt a vegan lifestyle for you and your family.  That way you can protect your family from unecessary exposure to antibiotic residues.  It is also essential that we work together to advocate for a transition from animal agriculture to an organic vegan farming approach.  So join a vegan advocacy group in your area.

How to treat infections without antibiotics

There is an extraordinary educational video series from Grow Network. This easy-to-use training will teach you how to treat infections and injuries easily — using a handful of items, many of which are probably already in your house, your spice cabinet, or your refrigerator. You can use these simple techniques for yourself, your children, your elders — indeed for your whole family.

The development of antibiotic resistant bacteria is bringing about one of the most alarming public health emergencies in world history. Individually and collectively, we must do everything in our power to help these drugs retain their efficacy.

But tragically, we must also learn how to protect ourselves and our families as we enter the next phase of world medical history, a phase in which we can no longer rely on antibiotics to treat an increasing number of common bacterial infections.

About the Food Revolution Network

The Food Revolution Network is committed to healthy, sustainable, humane, and conscious food for all. Guided by John and Ocean Robbins, with more than 600,000 members and with the collaboration of many of the top food revolutionary leaders of our times, the Food Revolution Network aims to empower individuals, build community, and transform food systems to support healthy people and a healthy planet.

Lindsay Oberst is the Outreach and Content Manager for the Food Revolution Network. She writes about holistic health, nutrition, and sustainability, among other topics. And she is passionate about playing with words and living a healthy, conscious, fun-filled life — and helping others do the same.

For Further Information on Antibiotics

Mary Mckenna TED talk What do we do when Antibiotics don’t work anymore?, Mar 2015

Global trends in antimicrobial use in food animals, Research Report 2014

Go Vegan or risk another Pandemic

Zoonotic Diseases Virtually all of the viruses and communicable diseases that are endemic in the...
Previous articleViolent Practices protected as ‘Culture’ in Brazil
Next articleThree things I learned from teaching Happiness