In the twentieth century, at the end of the 1960s and in the 1970s, a new animal movement arose, the effects of which have continued to grow down to the present day. This movement has set the stage for a major change in the attitude toward animals in Western societies. 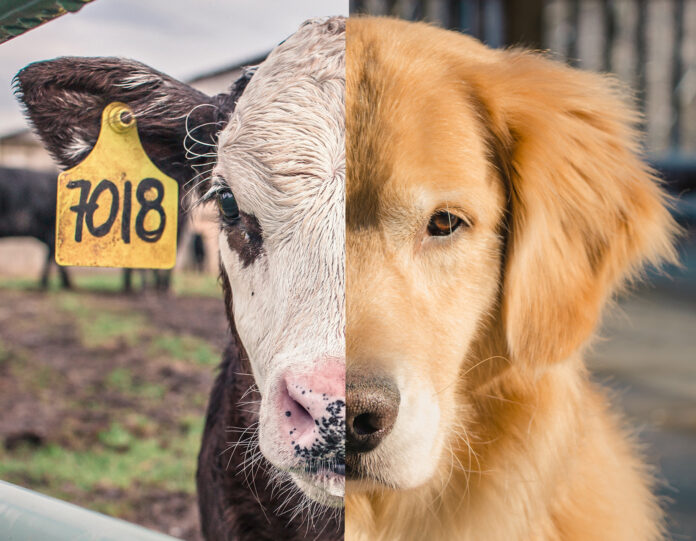 A half century after the publication of Upton Sinclair’s novel The Jungle, there came Animal Machines in which Ruth Harrison once more described the abominable conditions that then prevailed and continue to prevail in the meat production industry. A short while after this book appeared, the “Oxford Group” was formed, which brought together a number of intellectuals and public figures around the psychologist Richard Ryder. Ryder published several articles and pamphlets decrying abuse of which animals are the victims. In 1970 one of his essays introduced a new term, speciesism, which he put forward to call attention to the fact that our attitude toward animals derives from the same kind of mentality as racism or sexism. He described his “eureka” moment as follows:

“The 1960s revolutions against racism, sexism and classism nearly missed out the animals. This worried me. Ethics and politics at the time simply overlooked the non-humans entirely. Everyone seemed to be just preoccupied with reducing the prejudices against humans. Hadn’t they heard of Darwin? I hated racism, sexism and classism, too, but why stop there? As a hospital scientist I believed that hundreds of other species of animals suffer fear, pain and distress much as I did. Something had to be done about it. We needed to draw the parallel between the plight of the other species and our own. One day in 1970, lying in my bath at the old Sunningwell Manor, near Oxford, it suddenly came to me : SPECIES-ISM! I quickly wrote a leaflet entitled Speciesism Again and circulated it around Oxford.”

At the beginning, no one paid any attention to this pamphlet — until Peter Singer, a student at Oxford, got in contact with Richard Ryder and then went on to launch the concept of “animal liberation.” In 1975 Singer wrote a book on this subject that reached an international audience. The title of the book, Animal Liberation, became the name of the movement. Other voices arose that enriched the debate, in particular those of the principal theoretician of the animal rights movement, Tom Regan, and of primatologists Jane Goodall and Frans de Waal, who took the movement farther by showing that animals feel very varied and complex emotions, including empathy. More recently, we have also heard from the writer Jonathan Safran Foer, and many other writers are speaking of animal ethics, animal rights, and in general of our relationship to animals.

According to Rémi Parmentier, one of the founders of Greenpeace International, the emergence of NGOs as actors in social life and politics in the areas of environment, development, social action, human rights, and the rights of animals will certainly be remembered as a most significant phenomenon of the end of the twentieth century.

Among the NGOs active in the protection of animals, we must distinguish two schools which agree in most cases but conflict with each other in some others: those whose mission is the protection of biodiversity in an environmental context (Greenpeace, the World Wildlife Fund, Environmental Investigation Agency, or Oxfam) and those whose mandate is the protection of animal life as such (the IFAW (International Fund for Animal Welfare) and Sea Shepherd are two representative examples). At the end of the day, whether it is in speaking out for the protection of the animals with whom we share our lives or for the ecosystems that sustain all life on earth, both schools demand, each in its own way, that we critically reconsider the belief according to which humanity is at the center of the world.

Kindness, altruistic love, and compassion are qualities that do not harmonize well with bias. Restricting the field of our compassion not only diminishes it quantitatively but also qualitatively. Applying our compassion only to certain beings, human beings in this case, makes it a lesser and a poorer thing.

There is no doubt a great deal left to do, but it is beyond argument that the Western world is becoming more and more aware of the fact that it cannot pretend to uphold decent and coherent moral values and at the same time exclude from the ethical field the majority of the sentient beings who populate the earth.

Matthieu Ricard is a Buddhist monk, author, translator, and photographer. He first visited India in 1967 where he met great spiritual masters from Tibet. After completing his Ph.D. degree in cell genetics in 1972, he moved to the Himalayan region where he has been living for the past 45 years.

The complete lack of any regulation of the exotic pet trade is a major...
Previous articleThe Search for Sustainable Beef is over
Next articleThe Cetacean Brain and Hominid Perceptions of Cetacean Intelligence