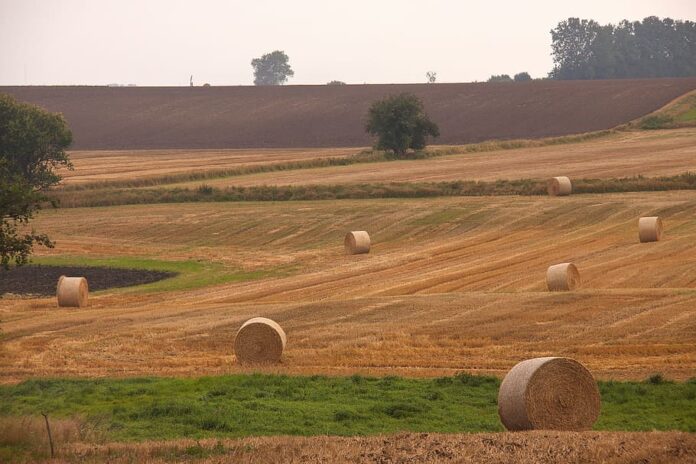 Denmark’s Social-Democrat government has one of the most ambitious plans to reduce Greenhouse Gas (GHG) emissions in the world aiming for a 70% reduction by 2030 (compared to 1990 levels), going beyond the 55% target agreed to by European Union (EU) Member States.

Today, roughly 62% of the country’s land area is being used for agriculture.  An OECD report indicated that ecosystems and air and water quality are often poor due to the intensity of the agriculture sector which contributes just 2% of Denmark’s GDP as shown below.

Danish agriculture is responsible for roughly one-fifth of Denmark’s total carbon dioxide (CO2) emissions, equivalent to roughly 15.6 million tons. On April 28th, 2021, the Danish government announced its intention to cut carbon dioxide emissions from agriculture by 7.1 million tons by 2030 through a range of different measures. The climate goal applies to emissions due to production within the country so it does not count the emissions from deforestation related to the 1.5 million tonnes of soy protein imported from Argentina and Brazil. According to a recent study conducted by Copenhagen Economics in 2016, 90% of GHG emissions from Danish agriculture are attributable to cattle and pigs.  However the Danish government HAS NOT included significant reductions in animal agriculture in its climate plan.

The measures put forward by the Danish government to reach a 7.1-million-ton reduction in CO2 emissions from agriculture can be divided into three categories:

In addition, the Danish government aims to reduce nitrogen emissions from agriculture by 10,400 tons by 2027, increase support for organic agriculture, and make active use of EU funds to ensure a green transition within the agricultural sector.  The below diagram shows that by 2015 Denmark had already reduced its 1990 agricultural GHG emissions by 18% in 2015.

The Reuters news agency reported that €530 million of state funds would be funnelled towards the sector’s green transformation as part of the agreement.  The article stated that “The Danish Agriculture & Food Council, the industry’s lobby organisation, said it was broadly satisfied with the agreement.”  Environmental group Greenpeace was more sceptical, calling it “unambitious”.  “A binding reduction target for agriculture of as little as 55% by 2030 is a parody which pushes responsibility on to other sectors,” said Kristine Clement, campaign lead at Greenpeace Denmark, in a statement

The State of Green website noted that “As part of the new climate agreement, the Danish Government earmarks more than €150 million to advance plant-based foods. The funding is the largest investment in plant-based research and development by any EU country and commits the Danish government to creating a national action plan for plant-based food. Amongst other goals, Denmark will create a Fund for Plant-based Food Products and a five-year Plant-based Eco-scheme to support product development and create incentives for farmers who grow plant-based protein crops.”

Acacia Smith, policy manager at the Good Food Institute Europe welcomed this move saying: “With this announcement, Denmark has recognised the huge potential of sustainable proteins to drive down agricultural emissions, and established itself as Europe’s biggest public investor in plant-based innovation.” Rune-Christoffer Dragsdahl, Secretary General of the Vegetarian Society of Denmark, said: “It is groundbreaking that we will have a national action plan for plant-based foods with specific objectives…..This is one of the largest amounts that any country has invested in plant-based development.”

Given that 90% of GHG emissions from Danish agriculture are attributable to cattle and pigs, I believe that the target to reduce agriculture emissions by 55-65% is completely unrealistic as long as the meat and dairy industry continues intact.  It will also be impossible for Denmark to meet its biodiversity, air or water quality goals.  But it is still a step forward by a European Country, where the dominant belief system in agriculture still sees animals as objects, which can be used and killed for profit.  The investment of €130 million in the Danish Plant Based Economy will see Denmark establish itself as a leader in this sector, which may disrupt the production of fossil foods (ie. meat and dairy).

More than 870 million people in the world suffer daily from hunger. This year...

The World Wildlife Fund (WWF) concludes that “Habitat loss is the greatest threat to...

Agriculture is the biggest source of green house gas emissions in Ireland (see Issue...
Previous articleIs there Slavery in your Seafood?
Next articleThe Case against the Live Export of Pigs