Bronwyn Slater explains how the EU CAP works and looks at the many faults in the current system. At 38% of the EU budget is CAP really good value for money? 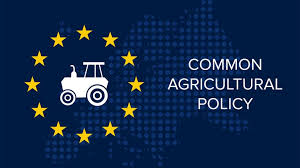 Origins and Purpose of CAP

The Common Agricultural Policy was set up in 1962, at a time when Europe was still recovering from the Second World War and food was scarce. Farming was seen as different from other business sectors as it provided food which is essential for human survival. Vegans will argue that the production of meat, dairy and eggs is not an essential part of the human diet and therefore should not be supported by EU taxpayers. We will look at this and other criticisms of the CAP later in this article.

CAP subsidises farmers so that they can make a decent living while producing food, sometimes in adverse weather conditions which may cause crops to fail. CAP also provides a range of market measures for farmers, including tools to address market difficulties, and other additional elements such as promotion of EU farm products.  In recent years CAP policy has become increasingly more focused on the environment and climate.

Over the years many attempts were made to change CAP policy in order to address its many failures. In the 1970s problems arose from surplus production, and many will remember the famous butter mountains and wine lakes.  This was a consequence of guaranteed prices and the fact that CAP payments were linked to production (ie. the number of animals on the farm).  Surplus food was either dumped or sold off at heavily subsidised prices on the world market.

CAP reforms from 2003 broke the link between farm payments and the type and amount of products that were produced – a process known as ‘decoupling’.  Today, EU farm subsidies are referred to as ‘Direct Payments’ or ‘Basic Payments’, and these payments are based on farm area and not on the number of animals on the farm.

The overall effect of decoupling was that it moved the agricultural sector more towards the free market and gave farmers greater freedom to produce according to market demand, while at the same time shifting the emphasis on to stricter environmental and animal welfare rules which farmers must follow in order to receive the payments.  Aid to farmers is now conditional on compliance with these rules – a system known as ‘cross-compliance’.  Failure to adhere to  cross-compliance rules results in a cut in the level of payments.

A range of other corrective mechanisms was added or extended over the years, such as set-aside schemes, early retirement schemes, afforestation grants, food safety and security, animal welfare and environmental standards.

How the Direct Payments system works

Greening was first implemented in 2015 and covers more than 70% of farmed land.  It conditions the granting of a significant share of direct payments to actions which are beneficial for the environment and for climate, such as protection of soil, biodiversity and carbon sequestration.  All farmers who are eligible for direct payments are subject to greening.

The three standard greening measures are:

1. Crop Diversification – if a farmer has 10 or more hectares of arable land, s(he) will be required to sow a number of different crops (2 or 3) unless (s)he qualifies for an exemption.

2. Ecological Focus Area (EFA) – Farmers with arable land exceeding 15 hectares must ensure that at least 5% of their land is an ecological focus area with a view to safeguarding and improving biodiversity.  EFAs include trees, ponds, ditches, terraces, stone walls and other landscape features, some of which are important habitats for birds and other species and help protect biodiversity.

The CAP consists of two ‘pillars’:

In 2013, for every farmer under 35, there were nine over the age of 55.  This is why the young farmer payment – a top-up payment added to the basic payment – is obligatory in every member state, in order to encourage new entrants.

More than three quarters of farm holdings in the EU are small (ie. below 10 hectares) with a large majority of those below 5 hectares.  The maximum level of the small farmer payment is decided at national level, but may not exceed €1,250.  The scheme includes simplified administrative procedures, and participating farmers are exempt from greening and cross-compliance controls and sanctions.

The CAP has been criticised for many reasons, including the following:

‘Ineligible land’ clause results in destruction of the environment:

Under the EU Basic Payment Scheme 2017 the Terms and Conditions of receiving payment currently states the following: “In the case of each hectare declared, the eligible area excludes any areas under roads, paths, buildings, farmyards, woods, scrub, rivers, streams, ponds, lakes, sand, areas of bare rock, boglands unfit for grazing, sand/gravel pits, areas used for quarrying, areas fenced off and not being accessed, areas ungrazed due to low stocking rates, areas of ungrazed mature heather, rushes or ferns, inaccessible areas, land that is not being maintained in a state suitable for grazing or cultivation by the farmer, areas used exclusively as sports fields, golf courses, pitch and putt courses, areas used for commercial turf production or any other areas of ungrazable groundcover.  Deductions are not required for headlands or for landscape features such as hedgerows and drains/ditches.”

Thus, if any farmer wants to receive an income they are obliged to convert all available land to monoculture grazing land by draining, clearing, burning, and spraying pesticides and herbicides on everything that would make their land ineligible for payments.  As a result of these terms and conditions, critical EU habitat is continually being whittled away.

Critics say that the CAP has become badly unbalanced as it leaves nearly three-quarters of EU farmers surviving on less than €5,000 a year.  Small farmers account for about 40% of EU farms, but receive only 8% of the subsidies.

The fact that 20% of farmers receive 80% of the payments has prompted accusations of unfairness.  Some of the largest EU CAP payments to Irish recipients were not just to farmers, but beef barons, Arab sheikhs and semi-State bodies.  One of the largest EU payments in 2017 was to Larry Goodman and his family, who received over €422,000 through their two farms, Branganstown and Glydee.  Kildangan Stud, owned by Sheikh Mohammed bin Rashin Al Maktoum, the ruler of Dubai, received €150,000, while Godolphin Ireland, owned by the Maktoum family, received €182,158.

The EU cannot use all its agricultural products, so it sells them cheaply to the third world. This undercuts local farmers, who cannot compete with the heavily-subsidised imports, and so distorts the market.

The massive costs of the CAP, which have traditionally made up the largest share of the Community budget, are another focus of criticism. The question of agricultural spending has led to bitter controversies between Member States which are strong agricultural exporters such as France, the Mediterranean countries, Denmark and Ireland, and net food importers such as the UK, Germany and others who want to see this huge financial burden reduced.

Farm wages are low and farmers are leaving the sector:

Average farm income remains significantly below the rest of the economy at around 40% of the EU average. Farmers and farm labourers are leaving farming in search of better pay in other sectors, and farms are closing down. In 2019 Commissioner-designate Wojciechowski described as “shocking” the decline in the number of European farms: “During one decade, from 2005 to 2015, we lost four million farms in the European Union. The number of farms was almost 15 million, and after a decade there were fewer than 11 million farms. If we lose four million per decade, it is 400,000 per year. More than 30,000 per month. More than 1,000 per day.”

Greening and Agri-Environment Schemes are not enough:

Some commentators have pointed out that the greening measures in the CAP are largely ineffective at retaining or restoring biodiversity and are too often poorly controlled, and that the current agri-environmental schemes are both underfunded and insufficiently targeted to meet the scale of the damage to biodiversity that farming has brought about.

According to a report by the European Court of Auditors in 2020 “the number and variety of species on farmland has declined over many years. Since 1990, for example, populations of farmland birds and grassland butterflies have declined by more than 30%.”

Meat and Dairy are not essential in the human diet:

Meat, dairy and eggs are not an essential part of the human diet. In fact, they may be detrimental to health as many studies have shown. Veganism is on the rise both in the EU and worldwide. The Nature Rising campaign, as well as political parties in Europe, are calling for an end to subsidies for animal agriculture.

While the CAP may have seemed a good idea at its inception, it has caused many problems and has always been the subject of controversy, even among farmers themselves. CAP funds are unfairly distributed and many small farmers still cannot make a living. Small farms are going out of business, while big agricultural corporations are growing. The environment has suffered as a result of CAP regulations and the developing world continues to be the victim of EU over-production. Vegans are not happy that their hard-earned taxes are supporting cruel and unnecessary animal farming. Can we really say that CAP, at 38% of the EU budget, is good value for money?

You can read about the proposals for the CAP Post-2020 here.

Facts and Figures on the CAP in Ireland – Farming Independent

Why Farm Numbers Must Continue to Fall – Alan Matthews

This month, the European Court of Auditors, the EU spending watchdog, pointed out that...

Earlier this year, 3,600 scientists published a paper outlining the ten basic steps needed...
Previous articleCAP Post-2020
Next articleA Return to Nature and the Cycle of Life: Green Burials in Perspective