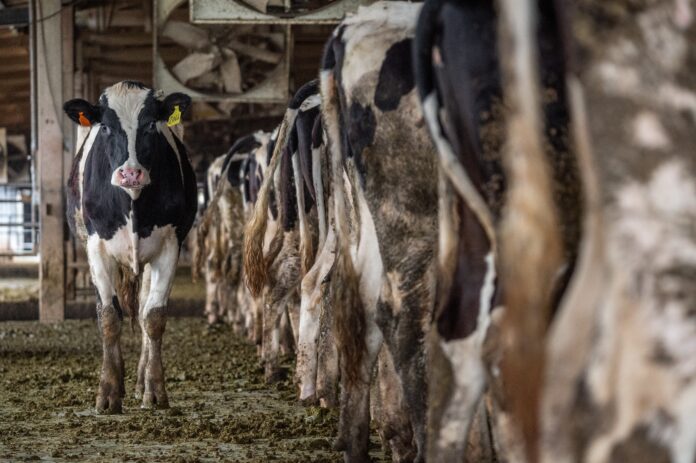 Do the names ‘Tyson’, ‘Smithfield’, or ‘Cargill’ ring a bell? You might have seen these names in the news over the past weeks – recently their meatpacking plants have emerged as some of the world’s largest COVID-19 hotspots, along with prisons. But unless you work for these corporations, live near their industrial farms, or the polluted lagoons they leave behind you’ve likely never heard of them. But despite their relative anonymity, the five largest livestock industry players – JBS, Tyson, Cargill, Dairy Farmers of America, and Fonterra – together emit more greenhouse gases than ExxonMobil. What’s more, industrial meat and dairy corporations, or ‘Big Livestock’, receive billions in backing every year from financiers all over the world. Big Livestock is Big Money, and we’ve got the data to prove it.

Between 2015 and 2020, global meat and dairy companies received over $478 billion in backing by over 2,500 investment firms, banks, and pension funds headquartered around the globe. High street banks such as Barclays and HSBC provide billions in loans to the firms behind US chlorinated chicken. Prestigious universities which have banned beef on campus continue to fund controversial Brazilian butchers through their endowments. And pensions, savings, and investment companies such as Prudential, Standard Life Aberdeen and Legal & General invest in companies such as JBS and Marfrig, who have been linked again and again to deforestation.

Financing Big Livestock is no small deal. Livestock production is already a leading cause of climate breakdown, and business-as-usual growth scenarios for this industry project that, within ten years, the livestock sector will account for almost half (49%) of the world’s emissions budget to keep global temperatures at 1.5°C by 2030. Big Livestock is carbon-intense and extractive at its core; much of the land cleared for growing feed and cattle ranching occurs in the global South, as illustrated by  rising deforestation rates in Amazon and other vital ecosystems. This, in turn, is exacerbating existing inequalities as Indigenous peoples and local communities face displacement, criminalization and violence.

Banks and investors that wear with pride their commitments to end deforestation and combat climate change are deeply implicated in the financial support offered to this ecologically destructive and socially toxic industry.  Barclays boast of backing UK farming, yet invest billions in destructive US agribusinesses. HSBC appear to be funding Brazilian beef linked to deforestation and forest fires, despite their own ethical investment policies forbidding them to do so. The investor Marshall Wace, which features their support during COVID-19 for local communities on the front page of their website, continues to invest in Tyson Foods, in whose factories 8500 workers have tested positive for COVID-19 (more than double any other meatpacker) and tragically, over 25 employees have died.

Feedback’s investigation exposes the sheer scale of the global financial fodder behind meat and dairy corporations and reveals how high street banks, global investors and pension funds are bankrolling destructive livestock corporations. Our argument is simple: engagement is failing. Damage is already being done to local communities, workers, the planet and investors’ money. Banks and investors need to defund, and to divest from, Big Livestock.

Food production is the single greatest impact humans have on the environment. From mountains of food waste, to habitat destruction to clear land to grow animal feed for factory farms, to soil depletion leaving future harvests at risk: the food system needs to change.

Feedback is a campaign group working to regenerate nature by transforming our food system. To do this we challenge power, catalyse action and empower people to achieve positive change.

Founded in 2013, we combine hard-hitting investigative research, mass public participation feasts,  and on the ground pilots for a better food system. As a result, we’ve put food issues, in particular waste, at the very top of the business and policy agendas.

COVID-19 is continuing to climb in over two dozen U.S. states and that is...
Previous articlePlant-Based Data (resource for researchers)
Next article3 ways to launch a Factory Farm Divestment Movement