Magazine - Back IssuesAutumn 2019Ecology and Biodiversity
August 28, 2019
By James O'Donovan 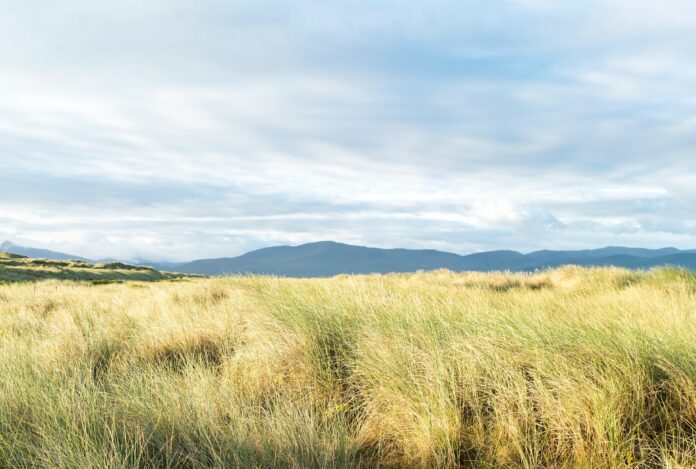 From the supply of raw materials, water, food, medicines and energy, to the pollination of crops, formation of soils and protection from floods, storms and erosion, the planet’s natural systems provide a range of vital services that underpin production, trade, livelihoods and consumption in every country.  The natural assets that provide these services – ecosystems, species, water, rivers, seas, land, minerals and atmosphere – are thus an immensely valuable component of a nation’s wealth, and a major factor in determining its levels of economic prosperity.

All our food, in the end, relies one way or another on natural systems, including the complex ecological relationships that enable soils to support plant growth.  About 87% of all flowering plant species are pollinated by animals, and crops that are partially pollinated by animals account for 35% of global food production.  Changing land use due to agricultural intensification and urban expansion is one of a number of key drivers of pollinator loss, especially when natural areas, that provide foraging and nesting resources, are degraded or disappear.  Improving habitat diversity within the landscape, and the inclusion of non-agricultural habitats within land management plans, have been shown to ameliorate pollinator loss, boost pollinator numbers and improve ecosystem services.

Then, of course, there is the water that not only sustains all our agriculture but also all industry.  While it is sometimes easy to assume that water security is assured primarily via dams, reservoirs, treatment works and distribution networks, it is in the end nature that replenishes the freshwater that underpins all economic activity.  Rainforests pump moisture into the atmosphere and the ‘sky rivers’ that flow from them water crops thousands of kilometres away from where they stand.  Wetlands purify water and recharge the aquifers from which springs flow.  Natural systems also contribute to water security through the role they play in maintaining climatic stability.  An often-overlooked contribution of biodiversity to human economies and wellbeing is the reduction of risks associated with natural and human-induced disasters.

At the end of the last ice age, the Earth entered a new geological epoch – the Holocene.  This remarkably stable warm period has lasted about 11,700 years and we might expect it to continue for another 50,000 – but the Great Acceleration changes all that.  Human-induced change is so great that many scientists believe we are entering a new geological epoch: the Anthropocene.  It is not known whether a stable Anthropocene state will come to exist.  It certainly isn’t stable now.  In the last 50 years, global average temperature has risen at 170 times the background rate.  Ocean acidification may be occurring at a rate not seen in at least 300 million years.  Earth is losing biodiversity at a rate seen only during mass extinctions.  Overexploitation and agricultural activity, driven by our runaway consumption, are still the dominant causes of current species loss.

So what does this mean for the Earth?  So far it looks like warm-water coral reefs – the most diverse of marine habitats – may not make it to the end of the century.  Without colossal action to reduce emissions, the Arctic is likely to be ice-free in summer before mid-century.  New research is also linking changes in the Arctic to a major shift in the jet stream that influences weather in the northern hemisphere.

In 2018, under the auspices of the Intergovernmental Science-Policy Platform on Biodiversity and Ecosystem Services (IPBES) – an organization established to assess the state of biodiversity and the ecosystem services it provides to society – more than 550 leading experts from more than 100 countries attached numbers to the value of specific aspects of nature.  These cutting-edge assessments go beyond the ecosystem service concept used in the landmark 2005 Millennium Ecosystem Assessment, additionally recognizing the central role that culture plays in defining all links between people and nature.  The IPBES Conceptual Framework – which underpins all its assessments and syntheses – calls this much broader notion Nature’s Contribution to People (NCP).

“This new inclusive framework demonstrates that while nature provides a bounty of essential goods and services, such as food, flood protection and many more, it also has rich social, cultural, spiritual and religious significance – which needs to be valued in policymaking as well.  Biodiversity and nature’s contributions to people sound, to many, academic and far removed from our daily lives.  Nothing could be further from the truth – they are the bedrock of our food, clean water and energy.  They are at the heart not only of our survival, but of our cultures, identities and enjoyment of life.  The best available evidence, gathered by the world’s leading experts, points us now to a single conclusion: we must act to halt and reverse the unsustainable use of nature – or risk not only the future we want, but even the lives we currently lead.  Fortunately, the evidence also shows that we know how to protect and partially restore our vital natural assets.”  – Sir Robert Watson, Chair of IPBES.

While VSM welcomes the increasing understanding being brought about by our increased scientific understanding of human impacts on nature, unfortunately the UN agencies are still refusing to call for an end to animal agriculture and fishing which are the leading causes of biodiversity losses on land and in the oceans.  Ultimately we need to move from valuing nature’s contributions to human society to understanding our total interdependence with and within nature.  Seeing the sacredness of life and of nature leads us naturally to choose non-violent and ethical systems of food production and economic activity.  Only this will ultimately restore biodiversity and ecosystems, which will then stabilise the climate.

There are annual burns in Brazil during the dry season.  While some may be...
Previous article12 Detoxifying Foods to Help Your Body Heal Naturally
Next articleUnsustainable Fishing and Hunting for Bushmeat Driving Iconic Species to Extinction