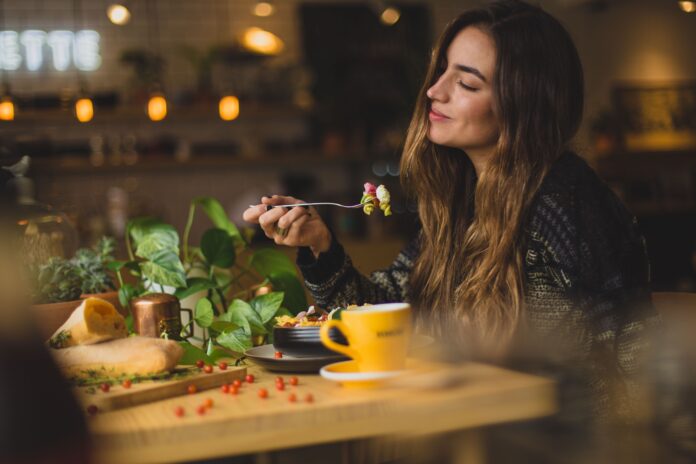 This is my story. I had a heart attack at the age of 70–five years after retiring from parish and hospital ministry in Connecticut, New York, and Delaware. While recuperating, I learned that Bill Clinton had taken decisive action to reverse his heart disease through whole food, plant-based eating. If he could do it, I thought to myself, so could I – and so I did.

I read The China Study by T. Colin Campbell, Ph.D. and Thomas M. Campbell II, M.D. and Prevent and Reverse Heart Disease by Caldwell B. Esselstyn, Jr., M.D. These two books struck a responsive chord, not only for their groundbreaking studies and healing information, but for the courage, integrity and persistence of the authors in the face of resistance from their peers and the very institutions they had served so brilliantly.

Through study I recognized the potential health benefits of eliminating all animal products and relying completely on the consumption of whole plant-based foods. My husband and I dove in headfirst. Gone were the meat, dairy and oil of yesterday. We went from being omnivores to herbivores overnight. We found new ways of preparing our meals with the help and guidance of many outstanding books and programs by such visionaries as the Campbell family, the Esselstyn family, John and Mary McDougall, Will and Madeleine Tuttle, Neal Barnard, Michael Greger, Dean Ornish, Richard Oppenlander and others who are leading the way to a more sustainable life.

At the same time we became aware of the unspeakable suffering of animals and the extraordinary environmental degradation caused by animal agriculture. It soon became clear that our world is in crisis – a health crisis, an animal abuse crisis and an environmental crisis – all due to our voracious appetite for animal products and the greed of big pharmaceutical, medical, and food corporations that profit from it. We recognize the situation as dire and calling for dramatic and urgent change on a global scale.

In Divinity School three decades ago, I was captivated by the ancient Biblical prophets who were formidable, fearless spokesmen for justice in times of rampant corruption and lawlessness. They called on the people to feed the hungry, provide for the poor, beat their swords into plowshares.They spoke the truth to power with courage and integrity. Their message called for radical and urgent change. They challenged the rulers and the ruled with the power of their words and the conviction of their whole beings.

I wanted to do the same. This was during Reagan’s Star Wars (Strategic Defense Initiative) craze and I was fearful of the consequences of the continuing arms race. I then graduated from Yale Divinity School in 1984 at age 44, when Connecticut was the wealthiest state in a nation which was the arms supplier for the world. I then launched my ordained ministry in a community, as luck would have it, just across the Connecticut River from Electric Boat (submarine manufacturer) where I demonstrated against the christening of nuclear submarines. I also became actively involved in the Nuclear Freeze Movement.

I worried about the kind of world we were creating for the next generation which included my young children. Few in my congregation shared my concerns and many of them were employed by Electric Boat and paid my salary. What a dilemma. Although not aware of it at the time, my experience was not unlike that faced by those in academia or in medical institutions who advocate for change but are funded by government or large corporations vested in maintaining the political or profitable status quo.

Now, when teaching the critical importance of dietary change, I hear echoes of my earlier days in the parish: The prophet in me wants to warn the world, “Change your ways, for the end is near! Stop eating meat and dairy today! Save the animals, save yourselves and save the world!” But the pastor in me says, “Meet the people where they are. Show respect for their resistance. Teach them how and why to make meaningful change. Plant the seeds of change with love and patience. Remember that I myself took 70 years to awaken to this moment!”

I find myself on a journey that is daily deepening and broadening my understanding of the cultural, religious, mythological, psychological, financial, and political roots of our “commodification of animals” (Will Tuttle, Ph.D., author of The World Peace Diet). The consequences of our meat-centric diet are dire for human, animal and environmental health. The need for change is urgent, its accomplishment is inevitable.

How do we get there? I value personal and community empowerment for transformative change. While my work now is primarily with retirees in a secular setting, my approach is deeply rooted in theological training and experience. By that I mean I think in such themes as good news, healing, empowerment, liberation, restoration, transformation and compassion for all beings.

I teach One-day Courses and 10-week Courses, Kickstart Courses and Crash Courses, Dining Out Courses and Dining In Courses. Every course includes the personal–sharing of journeys, health concerns, struggles, fears and hopes–and the universal–evidence-based reports of the impact of diet on human, animal and environmental health. When we have time, I include such powerful films as Forks Over Knives, PlantPure Nation or Cowspiracy and always share my extensive and growing library of life-changing books. Every course includes food preparation, cooking and tasting. The class kitchen consists of card table, thrift shop electric skillet and sometimes my handy food processor. I like to remind each class that if I can prepare a plant-based meal in an electric skillet, imagine what they can do in their fully equipped kitchens! Whenever possible I end courses with a class potluck in our home. It is here that we taste the bounty and the possibilities. It is here that we experience the transformative power of community.

My sense is that the plant-based community (researchers, medical professionals, authors, speakers, filmmakers, chefs, educators and educated – all who practice and believe that animals are our friends, not our food) is part of a powerful transformative movement for healing a broken and hurting world. The books I read, the committed people I meet tell me that a positive force for change is at work. I see signs of it when I attend conferences and workshops, festivals and meet-ups. I experience the force of it in classes and at potlucks. We’re not all on the same page, but we have the same goal – wellbeing for all in a kinder and gentler world.

A plant-based diet is currently viewed as a choice by many, an imperative by some. But I believe it will soon be the practice of all, for people are rapidly becoming aware of the urgency of making dietary change for personal and global survival.

Dorothy Greet is a retired clergy woman with advanced degrees from The University of Pittsburgh and Yale University. She is also a certified Diplomate in the College of Pastoral Supervision and Psychotherapy. Since earning a Plant-Based Nutrition Certificate from the T. Colin Campbell Center for Nutrition Studies and eCornell in July 2011, Dorothy has been creating courses in plant-based eating at the Osher Institute of Lifelong Learning at the University of Delaware. She also presents programs for community groups upon request. Dorothy writes a blog for her local paper The Cape Gazette.

VSM:  Can you tell us a bit about your Doctoral Degree? KB:   The topic of...

Since 2014, I have been co-instructing the Greater Good Science Center’s free massive open...

"Nowadays people know the price of everything and the value of nothing".  ~Oscar Wilde More...

Throughout the book, Tuttle talks about human violence and asserts that this is related...
Previous articleCow Behaviour, Emotion and Intelligence
Next articleA Plea for Animals: Marc Bekoff interviews Matthieu Ricard