According to the UK Climate Change Committee, the UK needs to increase forestry cover to at least 17% by 2050 by planting around 30,000 hectares (equivalent to 90-120 million trees) of broadleaf and conifer woodland each year. 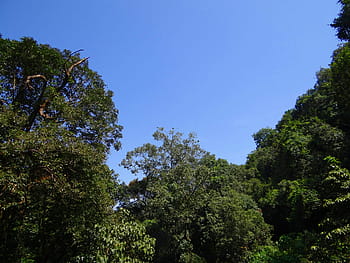 Yet another report from the UN’s Intergovernmental Panel on Climate Change (IPCC) has warned that we are in the last-chance saloon for preventing catastrophic climate change.  In order to limit global warming to 1.5˚C above pre-industrial levels, carbon emissions must peak by 2025 and fall rapidly thereafter, shrinking by 43% by 2030 and reaching net zero by 2050, turning negative in the second half of the century through the removal of carbon dioxide (CO2) from the atmosphere. Measures currently proposed are insufficient: even if all the policies to cut carbon emissions put in place by the world’s governments by the end of 2020 were to be fully implemented, global temperatures would still rise by 3.2˚C this century.

Keeping global warming in check will require massive changes to energy production, industry, transport, our consumption patterns and the way we treat nature, but the IPCC report shows that this can be done in a “viable and financially sound manner” according to UN Secretary General Antonio Guterres. These changes will include rapidly phasing out the use of fossil fuels in favour of renewable energy sources, changing diets and lifestyles, and removing CO2 from the atmosphere through planting trees and altering farming practices, or, contentiously, via new and unproven carbon-capture technology. This article looks at two UK initiatives to help limit global warming.

According to the UK Climate Change Committee, the UK needs to increase forestry cover to at least 17% by 2050 by planting around 30,000 hectares (equivalent to 90-120 million trees) of broadleaf and conifer woodland each year. As part of this, the Blenheim Estate has received a £1m government grant to plant 270,000 trees in an experimental ‘super forest’ covering just one square kilometre (100 hectares) of rural Oxfordshire near the Blenheim Palace world heritage site. The forest will comprise 27 different species of tree, including conifers for absorbing carbon, a mixture of broadleaf and native trees for biodiversity, and trees that will supply valuable timber. The broadleaf trees will include oaks grown from the bumper crop of acorns produced by the Estate’s remarkable collection of ancient oaks during the 2020 ‘mast year’.

Despite this, the UK is currently falling well below the Climate Change Committee target for tree planting. According to the Woodland Trust, woodland covers 13.2% (3.2 million hectares) of the UK’s land surface, but the rate of new planting needs to increase at least four-fold, with an emphasis on home-grown native species. Among the current tree planting schemes are the Northern Forest – a 25-year plan to plant 50 million trees along the M62 corridor between Liverpool and Hull, and the London Urban Forest Plan to increase the capital’s tree cover by 10% by planting 800,000 trees. The Woodland Trust itself aims to plant 50 million more native trees as part of The Big Climate Fight Back campaign, with the National Trust committing to plant and establish 20 million trees on its land in England, Wales and Northern Ireland by 2030. Worldwide, four million square kilometres of woodland were lost between 2001 and 2020, corresponding to a 10% decrease in global tree cover.

How are we to heat our homes without using gas from fossil fuels? Green energy company Ecotricity believe they have the answer by generating ‘gas from grass’, which they claim is the quickest and cheapest way to replace fossil gas use in Britain. The company are building Britain’s first green gas mills near Reading, using anaerobic digestion to turn grass material into a methane-rich gas which is refined and fed into the domestic gas network. Ecotricity claim that the process is carbon neutral because grass absorbs CO2 as it grows, and this is only released back into the atmosphere when the methane is burned. In contrast, the CO2 released by burning fossil fuels has been locked up for millions of years, creating a net addition to atmospheric CO2. The company’s green grass mills will be fed with species-rich herbal leys, which they claim will help boost biodiversity and improve soil quality on the farmland used. The herbal leys will be planted on marginal or replaced monoculture grassland that might otherwise be used for grazing by methane-belching ruminants, contrasting with the use of grains such as maize, rye and wheat for biogas and biofuel production, a process described by environmental journalist George Monbiot as “an astonishingly destructive and inefficient business”. Although the food system campaign group Feedback sees only “a small role for anaerobic digestion in UK biomethane generation”, any amount of wind and solar power won’t put gas into the millions of gas boilers and cookers in Britain, and the prospect of using biogas made from grass is an attractive alternative to gas generated by burning fossil fuels.

'High Steaks: How focusing on agriculture can ensure the EU meets its methane reduction...
Previous articleTo Zoo or not to Zoo
Next articleWhat are the Carbon Opportunity Costs of our Food?