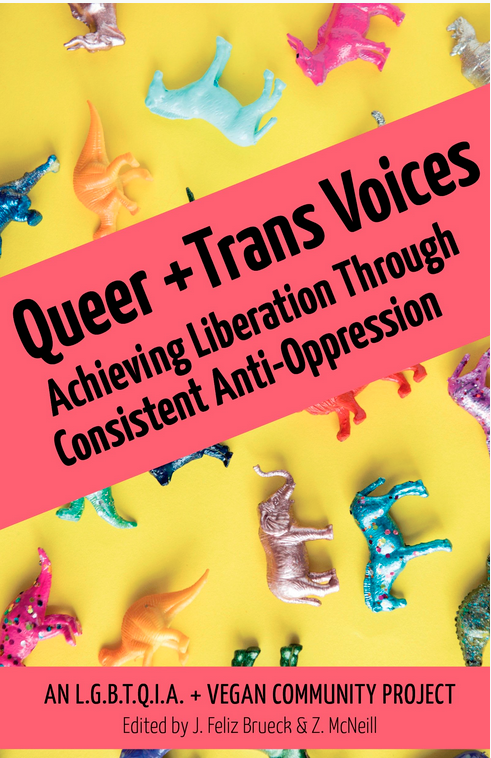 One of the earliest introductions of my work to this platform arose in the form of my identity as a vegan parent. I noted that, “Supporting parents during a vulnerable time and guiding them how to safely feed their vegan children with the best information out there is imperative if we are going to continue to build a strong movement despite what the media spins (Baby and Toddler Vegan Feeding Guide: Vegan Parenting in a Nonvegan World).” The majority of vegans understand that our arguments must be solid going into any discussion. We have been fortunate to have an arsenal of scientific facts and figures, along real-world resources available through a simple search done by those who have been vegan and raising vegan children before we even knew veganism existed as a possibility. We can also say that even if we do not have direct experience in the world of vegan parenting, the information is so important that it is widely accessible to share with those that need the information.

When we look at the focus of the vegan movement, we can clearly see that health guidelines and reports on environmental benefits of plant-based diets are widely available for anyone looking to learn more or take the steps. From dietetic associations to reports by the United Nations, it is clear that veganism is the most beneficial path an individual could take, and yet, there are many reasons why this is all not enough to help the movement thrive and ironically, for people to take the time to learn more and take those steps.

Following with my identity as a Vegan of Color, in 2017, on this very space, I explained that, “…arming ourselves with the knowledge of what embracing veganism signifies to diverse communities and what it means to be consistently anti-oppression means that veganism will finally give itself the opportunity to expand across barriers that holds it back and will finally become the just, compassionate movement that it claims to be (Veganism in an Oppressive World).” This meant, I explained, that truly centering nonhumans would entail the kind of work the vegan movement was and is barely just getting started on. We must consider that, I continued, that“…Movements across the world have realized that oppression is interconnected since “There is no such thing as a single-issue struggle because we do not live single-issue lives (Audre Lorde).” This is also true within the vegan movement in which people from all different paths and identities, “…do not experience the same struggles, opportunities, access, history, or culture, which means that vegans also experience veganism very differently (Veganism in an Oppressive World).” Once again, during the present moment, I’d like to ask that you consider just what this means.

The mainstream movement tends to address issues around veganism through single-issue activism based on the perceptions from a single point of view. Thus, we find that the movement is fundamentally flawed by default. The mainstream movement does not provide spaces of tolerance and comfort to those that hold specific identities and cultures outside the majority. This, therefore, translates to a lack of solid resources and the non-existent platforms for and by other communities like members of the LGBTQIA+ community, for example. Often, we see cis, straight vegans standing by while trans and queer vegans experience abuses based on their gender in online spaces. We also see a lack of awareness through erroneous claims that blame vegan trans men for their non-vegan transitions despite it being synthetic testosterone, and therefore, free from animal products. In essence, little is known or recognized beyond the mainstream majority and beyond issues related to general health, diet, and the environment. In essence, those with dual identities often face spaces that do not even acknowledge their existence or offer an understanding of their own perceptions on veganism, which are informed by their identities. Vegan spaces sometimes even request that tolerance of marginalizations be accepted in order to “grow” the movement. And yet, it is clear that this is the opposite of what veganism as a movement needs when it lags in growth despite all the resources available that validate the movement’s existence as part of the social justice spectrum. Unfortunately, the vegan movement continues to expand through its conflation with plant-based diets, which is merely a tiny aspect of what the movement is supposed to be about.

So, what do we do to change things? If we were truly invested in a movement that was consistently against all oppression in an effort to center nonhuman animals in our path towards justice, sustainability, and environmental, as well as bodily health, what would that look like?

In order to know what that would look like, the movement’s awareness would have to continue to grow and intolerance of bigotry would have to become the norm. Imagine if we had the same amount of resources to reach those beyond a single point of view? Understanding interconnections between speciesism and specific groups is, therefore, vital for the movement.

As we enter Pride month, a time dedicated to the Stonewall riots led by Black and Brown Trans womxn as well as a time for the LGBTQIA+ community to commemorate the continual fight for equality and acceptance,  can vegans say that they understand the key issues affecting the LGBTQIA+ movement in their own communities and beyond? Are vegans able to understand what the interconnections between the vegan and LGBTQIA+ movements are? Is the vegan movement aware of why their knowledge on these issues even matters? (It does!)

When it comes to environmental sustainability or even the sustainability of the vegan movement, can we truly expand our visions for a future that includes the liberation of nonhuman animals or a healthy planet without understanding the depth of how cisheterospeciesism upholds the oppression of trans and queer vegans alongside nonhuman animals while also contributing to the degradation of the Planet?

These are all the kinds of questions that the newly released book “Queer and Trans Voices: Achieving Liberation Through Consistent Anti-Oppression” edited by Julia Feliz Brueck and Z. Zane McNeill addresses in an effort to bridge the gaps keeping the vegan and LGBTQIA+ movements from embracing one another. Is it not time that veganism, as a movement, step beyond the comfort of issues it is all too well versed in and expand beyond what we already know is not working?

One could say we are all experts when it comes to the real world applications of veganism on our health, diet, ethics, and our environment even when those issues are halfway across the Globe; however, it’s all for nothing if we also do not expand our knowledge and understanding of those that border on the edge of movements due to their identities – Queer, Trans, Black, Brown, Indigenous, Fat, Disabled, Neurodivergent,… It is all for nothing if we do not recognize how  issues beyond our backyard impact the goals we claim to want to accomplish. In fact, the not knowing directly discourages the very things we want to achieve under the word “vegan.”

Born and raised in Puerto Rico, Julia Feliz is a resource activist, writer, illustrator, and educator with a focus on consistent anti-oppression advocacy. They are the founder of Sanctuary Publishers – a non-traditional, grassroots publisher working to build bridges and raise voices. Learn more about Julia via JuliaFeliz.com.

What does it mean to work towards our liberation? How can we center and make space for ourselves and others? How is nonhuman animal liberation part of our own fight for queer rights? With a focus on building bridges between movements and dismantling hierarchies between oppressed groups through consistent anti-oppression, Queer and Trans Voices: Achieving Liberation Through Consistent Anti-Oppression follows the concise and to-the-point style of resource activist and author Julia Feliz Brueck. In this volume, Feliz Brueck and queering activist-scholar Zoie (Zane) McNeill collaborate to raise the voices of LGBTQIA+ vegans across the world working to acknowledge the interconnections between social justice groups in order to consistently and effectively achieve liberation for all.

Order a copy here at: www.SanctuaryPublishers.com/Shop

Chickens  Half of all new-born chicks are male.  Males are of no use to the...
Previous articleInsights from The Food Revolution Summit
Next articleGlobal Warming of 1.5°C