Consumers are concerned about the environmental impact of meat - but reaching for fish as a 'lower emissions' alternative is an environmental catastrophe. 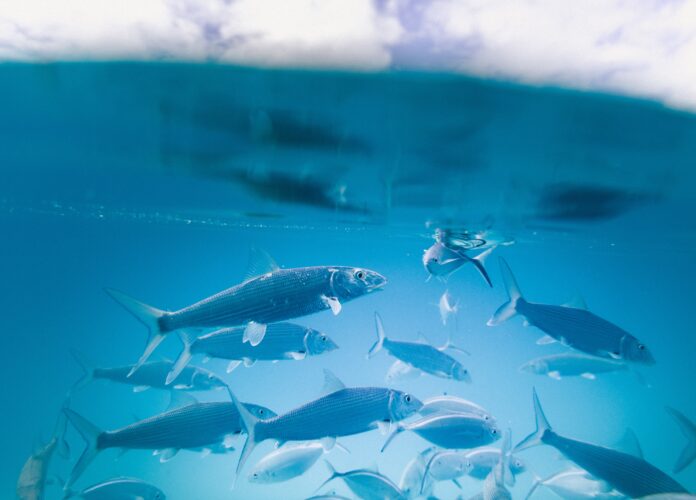 During April, people across the world celebrated the Christian holiday of Easter. For many, this involves days of fasting or moderation as part of tradition or religious observance. In the UK and many other countries, this takes the form of abstention from red meat on Good Friday.

This has parallels with a more modern idea. While vegans see abstention from animal products as an empowering demonstration of compassion for fellow beings, many still view this as an act of penance, something they may begrudgingly have to accept in the face of the environmental devastation caused by the meat industry. But where Christians traditionally reached for fish as an alternative to animal flesh, we should not be tempted to do the same in response to the environmental crisis.

Red meat has come in for the harshest criticism in recent years, primarily due to the greenhouse gas emissions associated with farming cows.  But the huge environmental footprint of chicken and pig farming is now well understood. These lead to air and water pollution and create demand for soya beans as animal feed, a key driver of destruction of the Amazon rainforest.

Concern over emissions from red meat may have contributed to the increase in chicken consumption across Europe. This highlights the danger of vilifying a single product in the eyes of the consumer based on a single environmental metric.  We need a more holistic assessment of the impacts of our food sources, and such an assessment shows that switching diets towards fish as a ‘lower emissions’ option would be equally catastrophic.

A Greenpeace report published last year focused on the issue of ‘ghost gear’ – broken or discarded nets and other equipment that remain in the ocean killing animals by entanglement. This represents the most serious form of marine plastic pollution, with more than 640,000 tons of fishing gear dumped in the ocean each year.

Severe habitat destruction results from commercial fishing methods such as dredging or beam trawling which damage the seabed, reducing the resilience of marine ecosystems and undermining their ability to recover. ‘By-catch’ is another serious issue, in which non-target species, often threatened or critically endangered, are killed in the process of catching the target species.  But in discussing the harms of commercial fishing, the depletion of fish populations themselves are often overlooked. 90 percent of commercially fished populations are now fully exploited, over-exploited or depleted.

Fish populations globally are in long term decline and 4.6 million vessels continue to trawl our oceans at a time when marine ecosystems are coming under increasingly extreme pressure from climate change. To give them a chance of withstanding this pressure, we need to rapidly reduce the extent of commercial fishing.

The growth of ‘aquaculture’ globally has been accelerating since the 1980s when production from sea fishing began to plateau, driven in part by the decline of marine fish populations. Fish farms now account for over half of the global supply of fish. While aquaculture avoids taking vast numbers of fish from their natural habitats, in many ways it is more ecologically destructive than commercial fishing.

Fish farms are often located in ecologically sensitive coastal habitats, replacing these environments with vast monocultures of fish which release harmful wastes into their immediate surroundings. These conditions breed diseases and parasites which need to be controlled with chemicals and antibiotics. Lice that plague Scottish salmon farms are now thought to cause significant damage to wild salmon populations.

But perhaps the most significant and short-sighted impact of aquaculture is its demand for ‘feed’. Farmed fish are given pellets that consist of fats and proteins from other agricultural products, which often contain soya bean, chicken and… you guessed it, fish.

While many environmental organisations are campaigning for changes in fishing practices and greater regulation to mitigate the harm of the fishing and aquaculture industries, these alone are unlikely to prevent the collapse of marine systems. In addition to the mass extinction of species, such a collapse could have knock-on effects for other global ecosystems and the climate.

While some communities rely on fish for basic subsistence, for most people in most countries, consuming fish is not essential for a healthy diet and the nutrients they contain can be obtained from much more sustainable plant-based sources.

So, one thing we can do to help save our seas is to reduce the demand for fish – keeping them in the sea and off our plates.

Tim Thorpe is a campaigns and policy officer at The Vegan Society @TimSRT. He has a background in environmental science and conservation and writes about farming and environmental issues.

Interested in veganism and the environment? Why not take the seven-day planet-saving vegan pledge at www.vegansociety.com/plateup.

The documentary 'Seaspiracy' was released in late March and since then it has remained...
Previous articleRefarm’d: Turning Farms into Animal Sanctuaries
Next articleInsights from The Food Revolution Summit