Movie Review: What the Health

The long-awaited sequel to Cowspiracy from producers Kip Andersen and Keegan Kuhn has arrived – and it does not disappoint. 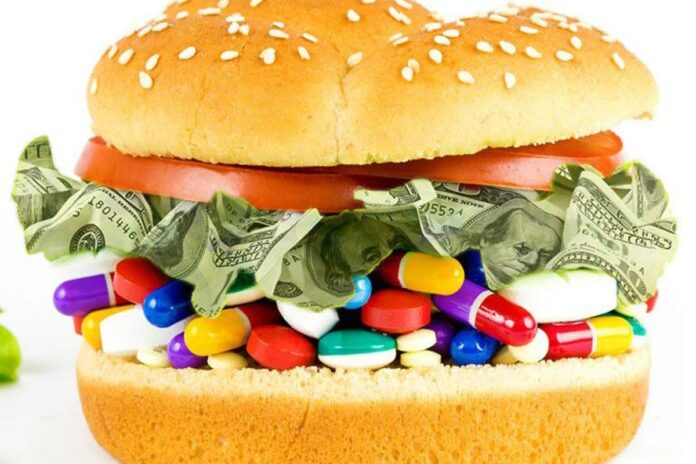 The film follows Andersen as he interviews doctors, health professionals and others about diet and health. The film examines the connection between the meat, dairy and pharmaceutical industries, as well as various health organizations. Andersen tries to contact representatives from various health organizations, but is either fobbed off or comes away dissatisfied with their responses.

Some of the claims made in the film include the following:

The movie has been criticised for cherry-picking evidence to support its claims. Harriet Hall in Science-Based Medicine said: “Most of us don’t believe all those diseases can be prevented and cured by diet, because the evidence just isn’t there”. Vegan dietitian Virginia Messina says: “What the Health cherry-picked the research, misinterpreted and over-stated the data, highlighted dubious stories of miraculous healing, and focused on faulty observations about nutrition science.”

What makes it difficult to come down either for or against the movie is the fact that the major health organisations in the US are part-funded by the meat and dairy industries – a subject that is given in-depth treatment in the film. The American Heart Association takes money from the Texas Beef Council, South Dakota Beef Industrial Council, Kentucky Beef Council, Nebraska Beef Council, Colorado Beef Council, Idaho Beef Council, Cargill, Tyson, Unilever, Dairy Max, White Wave Foods, Subway, Con Agra Foods, Domino’s Pizza, Farmland, General Mills, Perdue, Nestle, Mars, Kraft and Kellogg’s – to name just a few. The American Diabetes Association takes money from Dannon (one of the world’s largest dairy yogurt producers), Kraft Foods (makers of Velveeta processed cheese), Oscar Mayer which markets Lunchables processed kids’ meals, and Bumble Bee Foods who make processed canned meats. The American Cancer Society takes money from Tyson, one of the world’s largest meat producers, and from Yum brand, owner of Pizza Hut, KFC, and Taco Bell.

The film also shows us that nutrition facts sheets and guidelines are written by people who have received money from the meat and dairy industries. The committee who writes these guidelines has been made up of individuals who have received money from McDonalds, the National Dairy Association, the American Meat Institute, the National Dairy Board, the National Livestock and Meat Board, the American Egg Board, Dannon, candy and sugar companies, Coca-Cola, and Anheuser. The American Nutrition and Dietetics Association produces nutrition fact sheets written by the industries themselves. The industries pay $20,000 per fact sheet and take part in writing them.

All this should be enough to convince viewers that the claims being made by the movie were not as over-the-top as some people would like to have you believe, and that a plant-based diet should be seriously worth considering. Reports in the media suggested that people were going vegan having watched the film. Plant-based News reported that ‘Dallas residents were turning vegan in their droves’ after watching the movie. Washington football player Trent Williams said he was adopting a plant-based diet for health reasons after watching it. I have also personally seen many comments by people on social media saying that they were going vegan after watching the film.

What the Health is an enjoyable documentary that packs a lot of punches. For those who are not already familiar with the issues raised in the film – it may just shock you enough to make you go vegan.  If you have Netflix the film should be available to view there, or you can purchase the film here.

Summary Fish and seafood are often recommended as good sources of healthy nutrients like protein and...
Previous articleThree things I learned from teaching Happiness
Next articleComparing the Meat, Fish, and Dairy Industries to Big Tobacco