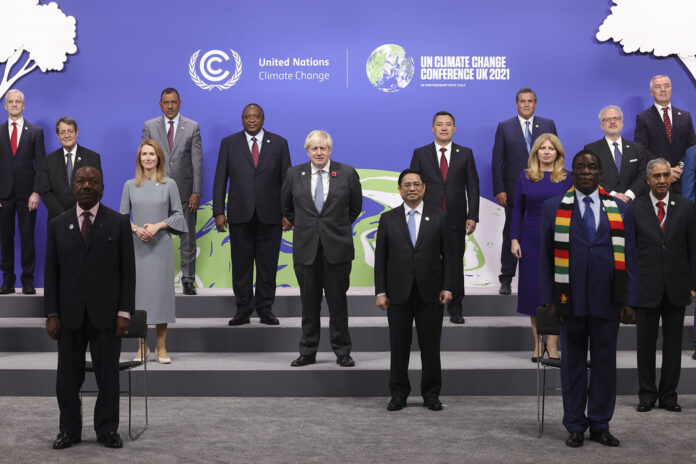 Vegans say they are disappointed at the lack of discussion on animal agriculture at COP26.  While there was an agreement to cut methane emissions by 30% by 2030, the damage caused by the animal agriculture sector has largely been ignored, with discussions on the impact of the food system representing only 0.1% of all discussions at the summit.  Read our full article on the outcome of COP26 here.

In September the EU Parliament voted in favour of phasing out the use of animals in research, testing and education.   The vote was nearly unanimous, with 667 in favour of the resolution and only 4 against.

“The resolution we voted on today aims to accelerate the shift in mentalities, regulation and funding,” said MEP Tilly Metz, referring to a move towards alternative testing methods including computer modeling, in vitro cell models, bioprinted tissues, etc.  In some cases, these models are more accurate than animal tests, as 90% of drugs tested on animals fail in human trials.

87% of farming subsidies harmful to nature and health, says UN

A report released in September by UNEP in collaboration with the UN Food and Agriculture Organisation has said that almost 90% of the $540bn in global subsidies given to farmers every year are “harmful”.

Beef and milk receive the largest subsidies and are often produced by large corporations.  But beef and milk are also two of the biggest sources of greenhouse gas emissions.

The report says that support for the meat and dairy industry in rich countries must be reduced, and that subsidies should be used to support healthy diets, vegetable and fruit production, small farmers and the environment.  This repurposing of subsidies could be a “game changer”, the report says, helping to reduce global warming, restore nature, improve nutrition and end poverty and hunger.

An EU Citizens’ Initiative calling for an end to the use of pesticides has collected 1.2 million signatures.  The Save Bees and Farmers initiative is asking for a reduction of 80% in the use of synthetic pesticides by 2030, and 100% by 2035, as well as measures to restore biodiversity on agricultural land, and massive supports to farmers to transition towards agroecology.

The collection of signatures has ended and the organisers are confident that they have enough to meet the EU criteria.  They have handed over the signatures to the national authorities to be validated – a process that takes several months. Once completed, the EU Commission will have to answer to the petition’s demands. There will be a hearing and the proposal will be on the agenda in the European Parliament.

A pan-European survey, by ProVeg International in partnership with Innova Market Insights, the University of Copenhagen, and Ghent University as part of the Smart Protein project, has been published.  The results indicate that a significant shift towards plant-based eating is taking place across the continent.  A report was also created providing country-specific findings.

Jasmijn de Boo, Vice President at ProVeg International said: “The survey suggests tremendous potential for plant-based foods in Europe and gives a green light to all relevant players in the field to develop more and better products. Consumer demand for alternative proteins is growing at a remarkable rate, with no end in sight”.

UK supermarket Tesco has announced it will lower the price of many of its vegan products in the Plant Chef range.  A campaign to advertise the price reduction was timed to coincide with COP26 in an effort to encourage the public to eat more sustainably.

Studies have shown that price is one the barriers to eating plant-based foods, although it is clear that more and more people are cutting their meat consumption.

Nearly 100 environmentalists, including conservationist Jane Goodall, are calling on banks and the International Monetary Fund to stop investing in factory farming to cut the risk of future pandemics.

British chocolate and cheese linked to massive deforestation in Brazil

An investigation by Greenpeace, ITV News and the Bureau of Investigative Journalism has linked deforestation in the Amazon to well known UK products including chocolate, cheese and butter.  UK farms which supply milk and dairy products to Cathedral City cheddar, Anchor butter and Cadbury chocolate are feeding their cattle soya from Cargill – a company linked to widespread deforestation in Brazil.

90% of the soya grown worldwide is fed to cattle, and vast areas of the Amazon forest are being razed at the rate of one football-field every minute in order to clear pasture for cattle grazing.

British MPs and campaigners say the investigation’s findings reinforce the need for tough new laws to force firms to tackle deforestation in their supply chains.

Restoring whales to pre-hunted numbers could sequester 1.7 billion tons of CO2 per year

Research carried out at the Greater Farallones Marine Sanctuary off San Francisco shows that the carcasses of dead whales could be responsible for around 60% of the carbon sequestration taking place in the ocean.

Whales store large amounts of carbon in their bodies, and when they die they take it to the bottom of the ocean floor, so it is sequestered, rather than released to the atmosphere.

Whales are also partially responsible for the growth of phytoplankton.  Their iron-rich faeces stimulates the growth of the plankton which sequester 40% of the world’s CO2.  It is estimated that whales could capture 1.7 billion tons of CO2 annually if allowed to return to their pre-whaling numbers.

Veganism and Sustainability in the News – Autumn 2018

Veganism could reduce global farmland use by more than 75% In June the journal ‘Science’...

Animals to be recognised as sentient beings in UK As part of a post-Brexit animal...
Previous articleHealthy and Sustainable Veg*n Diets are generally Cheaper than Current Diets
Next articleThe Exotic Pet-Sized Hole in Irish Legislation