Irish beef farmers are making a loss. But is that enough to force them to get out of beef farming? There are many other pressures on beef farmers, as well as proposed incentives to get them to exit the sector. Could we see a reduction in the Irish beef herd into the future? 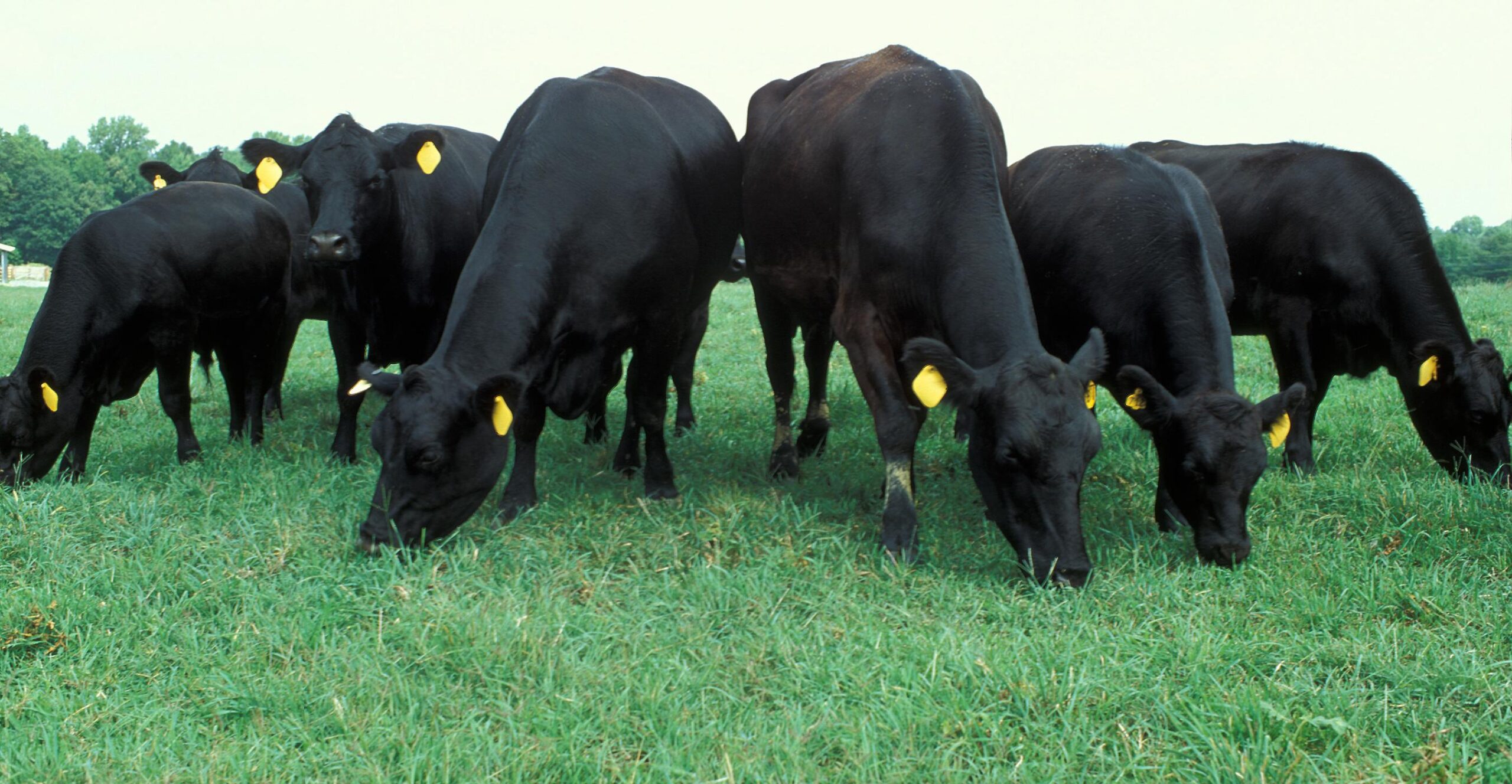 In this article we look at why a reduction in the Irish beef herd is both necessary and practical – from a financial point of view (as farmers are making a loss) and from an environmental point of view (as GHG emissions from these animals is higher than the global average). No-one actually ‘needs’ beef in their diet, and beef is an extremely inefficient food source in terms of land and water usage.

The first thing to highlight is the fact that beef farming is harmful to the climate as it produces a high proportion of Ireland’s greenhouse gases. Ireland will have to pay heavy fines in the future if these emissions are not reduced. Secondly, Irish beef farmers are making a loss. In 2019 farmers held protests outside meat plants, demanding a higher price for their product. They say they are failing to make a living from beef. Not only that, but various farming bodies have proposed measures to encourage farmers to divest from beef, seeing it as both a loss-making enterprise and environmentally damaging.

Nature Rising – an Irish campaign to remove subsidies from animal agriculture – has proposed a series of measures to encourage a move from animal to plant-based farming. The EU’s new Farm to Fork Strategy may also result in a reduction of the Irish beef herd, through its promotion of a plant-based diet and climate proposals. There are many forces driving a reduction in the beef herd, and we discuss all of these below.

Methane, which is produced by cows and sheep, is 28 times more damaging to the climate than CO2.  But it should be noted that methane only lasts for around 12 years in the atmosphere, whereas CO2 lasts for around 100 years.

Ruminants (ie. sheep and cows) are responsible for other climate changing emissions in addition to methane.  These include nitrous oxide and carbon dioxide from the animals’ manure, feed and input production, and from land-use change including deforestation and the clearance of other vegetation for pasture or grain-feed production.  Many people do not realise that going vegan is the single most powerful action you can take in order to reduce your climate footprint.

Agricultural emissions have increased in recent years due to the expansion of agriculture production under the Food Wise 2025 strategy, the removal of milk quotas, and the growing international demand for animal-sourced foods.  90% of our beef and 85% of our dairy output is exported.

From 2021 on, this will cost us money, as we are exceeding our EU emissions targets. Ireland could face annual fines of up to €200m because of its failure to meet ­internationally binding greenhouse gas emissions targets. The fines take the form of payments to other member states for the purchase of emission allowances.  As we move towards 2030 these allowances will become more expensive.  Commentators say that a reduction in ruminant numbers is essential in order to meet our targets.

Beef farmers are operating at a loss:

Most Irish beef farmers are operating at a loss, and many have to subsidise their income by working outside the farm.  For this reason, analysts looking for ways to reduce Ireland’s emissions have naturally singled out reductions in the beef herd.  But it should be remembered that dairy farming – a much more profitable sector – contributes more than the beef herd to Ireland’s emissions. Irish dairy farms are producing up to three times more greenhouse gas and ammonia emissions than cattle, sheep or tillage farming.  A recent study of 10 EU countries showed that Irish Dairy was the third highest in terms of greenhouse gas emissions.

Incentivising farmers to give up beef farming:

There have been some suggestions that farmers who reduce the size of their herd could be offered a voluntary scheme with an environmental dimension, in return for an additional payment.  In this way their income could be increased, or at least maintained, while at the same time herd size (and emissions) are reduced.

In its Annual Review 2018, the Climate Change Advisory Council (CCAC) noted that Ireland was “completely off-course in terms of its commitments to addressing the challenges of Climate Change”.  The Council advocated a 53% cut in the national herd, recommending a restructuring of CAP payments to incentivise a reduction in cattle numbers.

The Irish Cattle and Sheep Farmers Association (ICSA) has proposed a €200 payment per suckler (beef) cow, per year, for a period of five years as an incentive package to reduce herd numbers.  Entry into the scheme would be on a strictly voluntary basis.  They suggested that this exit package, or Suckler Redirection Scheme, should be available on an EU-wide basis. The strategy also involves pushing for innovative policies around generating an income from alternative sources, including forestry.

Farmers themselves are looking for alternatives.  In 2019 a group of farmers from all over Ireland who met to discuss the crisis in the beef industry recommended that a special body be set up to explore all the possibilities of alternative land use, with a heavy emphasis on environment and leisure.

Many commentators and farming organisations have pointed out that a reduction in (relatively) carbon-efficient Irish beef or milk production may well be replaced by less carbon-efficient production in other countries, a phenomenon called ‘carbon leakage’.  Brazil is a case in point, where Amazon forests (the lungs of the planet) are being razed at a rate of one football field per minute in order to create pasture for grazing.  But the carbon leakage argument must be weighed against the fact that Ireland is exceeding its emissions targets and if no action is taken the exchequer will have to pay a heavy price in the years to come.

It should be noted that both Irish and South American Beef are extremely inefficient at producing protein compared with plant based sources of protein, with beef producing an average of 60 times more GHG emissions than beans.

Nature Rising – the campaign to move subsidies to plant-based farming:

Nature Rising is an Irish campaign to end subsidies for animal farming by incentivising a move to plant-based agriculture and other farming alternatives.  The goals of the Nature Rising campaign are as follows:

Support farmers in transitioning to Plant Based Agriculture

Expand the horticulture industry in Ireland

Encourage the public to move towards a plant-based diet

Assist farmers who wish to retire

Around 35% of farmers are aged 65 or over. Nature Rising would like to set up a scheme which encourages farmers to retire at 65.

If these types of policies were supported then farmers who are currently making a loss from beef and other types of animal agriculture could divest from animal farming altogether and be supported in moving to alternative farming methods.  70% of farmers are heavily reliant on payments.  If they were allowed to divest from animal farming while keeping their CAP payments in return for Ecosystems services their incomes would increase.

The new Farm to Fork 2030 strategy which was announced in May this year gives some cause for hope.  The strategy is heavily focused on the climate and environment.  It is also proposing carbon emissions labelling for food products sold in the EU.  The document also states that there must be a shift towards plant-based diets in order to improve EU citizens’ health.  Action taken at EU or individual government level in order to meet these goals should see a reduction in the consumption of meat and dairy – both of which are heavy emitters of GHGs and are detrimental to human health.

The CAP post-2020 is also placing a heavy emphasis on the environment, as well as giving individual governments more power to decide how the payments are distributed.  We may see a reduction in very large farm payments, and a ceiling on payments could be applied.   Payments to farmers for ecosystems services may be increased and could become more widely available.  All of these changes, if implemented, could facilitate a reduction in the Irish beef herd as well as farmed animal numbers in Ireland as a whole.

Alan Matthews on the current CAP process in Ireland

Methane and the Sustainability of Ruminant Livestock – FCRN

Only 24% of Irish Sheep farms are ‘viable’ – Teagasc

The reality is that if any beef farmers are to prosper, many more must exit the sector

The long-awaited documentary ‘Eating our way to Extinction’, directed by brothers Ludo and Otto...
Previous articleVeganism and Sustainability in the News: Autumn 2020
Next articleCAP Post-2020