In Ireland grass fed beef and dairy are the dominant forms of agriculture and farmers have practiced rotational grazing for decades. The result is that Ireland has one of the lowest overall indicators for biological diversity in the world. 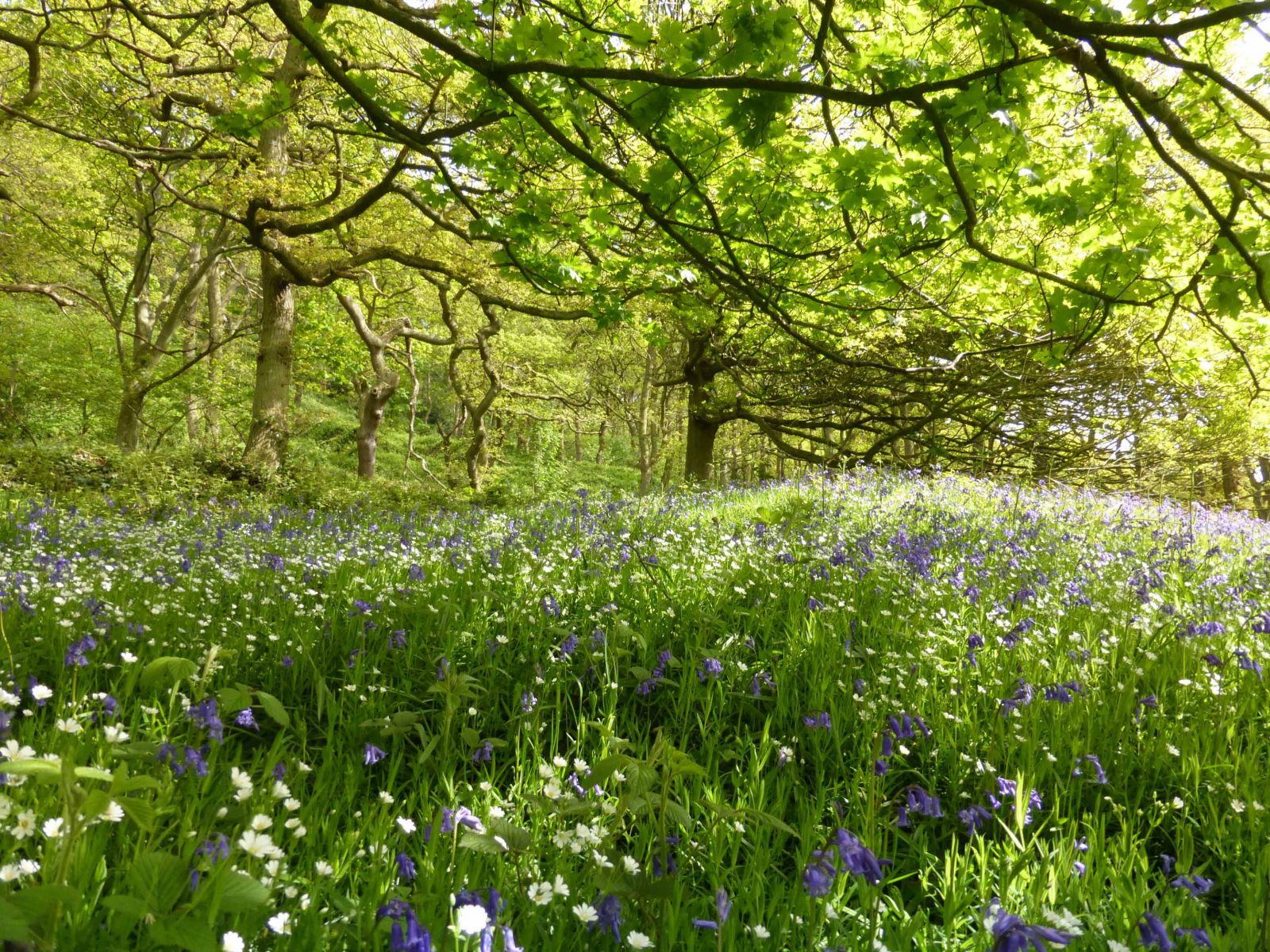 Agricultural GHG emissions in Ireland are now over 35% of our total emissions (the highest in the EU) with 85% of habitats assessed in 2019 found to be unfavourable.  Many species have gone extinct and many populations of grassland species of birds have crashed. Agriculture is the leading cause of water pollution. The below picture shows the effect of grass fed beef and dairy on the Irish landscape:

At the same time, thousands of small farms continue to close down and 45% of farmers earn under €10,000 a year. EU farm subsidies make up over 110% of beef and sheep family farm income.  Ireland exports 90% of its production (worth €13 Billion) but is dependent on €9 Billion of food imports and over €2 Billion in direct and indirect farm subsidies.  Current stocking density is about 1.2 livestock units per hectare producing 300-400 kg of beef per hectare per year as compared to 10,000 kg of wheat per hectare.  Globally, nearly 60% of the world’s agricultural land is used for beef production but this produces less than 2% of humanity’s calories.  In this context, the idea that regenerative beef is going to restore farmers incomes, reverse climate change and feed the world just seems like a bad joke.

Regenerative agriculture is the new name for conventional tillage and has several key practices including no till/ploughing, cover crops, rotating crops, and eliminating most fertilisers and pesticides.  These are important practices that will usually increase soil health and soil organic carbon as compared to conventional tillage.  Veganic regenerative agriculture follows similar practices but is fully organic, and, by harvesting plants for human consumption, spares huge areas of agricultural land for other species which they need simply to survive.  Kiss the Ground is a popular documentary that mixes some truths with some untruths.  It highlights agro-forestry, composting, the benefits of no till and the harmful impacts of agricultural poisons.  But then it strongly endorses a grass fed beef movement that continues to drive animal suffering, climate change and biodiversity loss.  This article does a great job highlighting the inaccuracies in the documentary.

The key to healthy ecosystems is biodiversity.  Ecosystems converted to agricultural use lose most of their biodiversity, so the most important issue is to return agricultural land to other species.  One farmer in the film Kiss the Ground talked about how he was using 19 plants in his field.  But native prairies in the US supported 200-500 species of plants and enormous numbers of other wildlife.  You can get a sense of the scale of the destruction of biodiversity in the US prairie in this article and the wildlife in a healthy grassland in South Sudan in this three minute video.  We need to reduce human presence in the world’s ecosystems.  If we move to a plant based food system and return the land used for grazing to native ecosystems (forests, grasslands and wetlands) we can help biodiversity to recover, contribute significantly to reversing climate change and feed a lot more people.

There are many ways we can use land to capture carbon far more effectively than rotational grazing like the eight solutions in this article.

There are many articles written critiquing the myth of grass fed beef, and you can find a selection here.

Why and how is grass fed beef so harmful?

If you want to look at some more data on this take a look at the website Our World in Data in the ‘environmental impacts of food’ section.  I have selected four charts below to give you a sense of the impact of agriculture and in particular how beef uses far more land and water and produces more emissions.

The first graphic shows the following;

That what you eat matters is clear from the below charts. It is helpful to look at the three charts and compare beef to legumes which can also eliminate the need for artificial fertilisers when part of a regenerative veganic agricultural system.

83% of all agriculture land is used for animal agriculture, producing just 18% of food calories.

Eating local beef or lamb has many times the carbon footprint of most other foods. Whether they are grown locally or shipped from the other side of the world matters very little for total emissions.  Meat consumption lies at the heart of trying to tackle climate change, reducing water stress, pollution, restoring lands back to forests, grasslands and wetlands, and restoring the world’s wildlife.  Below is the research from the seminal Poore and Nemczek Study which looks at water scarcity, which is a more important indicator that water use.

The scientific consensus states CO2 emissions must be limited to 420 billion tonnes and...

COVID-19 is continuing to climb in over two dozen U.S. states and that is...

Most of the problems with Ireland’s current agri-food system are reasonably well known.  Food...
Previous articleA Review of the Report: ‘Food System Impacts on Biodiversity Loss’
Next articleRewilding our Understanding of Animal Rights