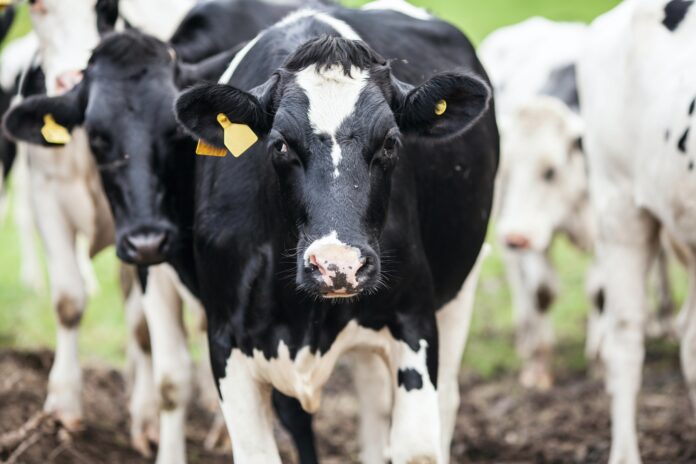 The scientific consensus states CO2 emissions must be limited to 420 billion tonnes and approximately 720 billion tonnes of CO2 must be removed from the atmosphere to limit global warming to 1·5°C with 66% probability.

Restoring natural vegetation, such as forest, is currently the best option at scale for removing CO2 from the atmosphere, and must begin immediately to be effective within the required timescale of reaching net zero emissions by 2050.

The livestock sector, having largely displaced natural carbon sinks, continues to occupy much of the land that must be restored.

Without such land restoration, CO2 removal from the atmosphere relies on methods currently unproven at scale, increasing the risk of temperatures rising high enough to tip various Earth systems into unstable states. This instability could result in the loss of coral reefs and major ice sheets, and increases the uncertainty of maintaining life-supporting ecosystems.

If the livestock sector were to continue with business as usual, this sector alone would account for 49% of the emissions budget for 1·5°C by 2030, requiring other sectors to reduce emissions beyond a realistic or planned level. Since the first Intergovernmental Panel on Climate Change assessment report in 1990, the production of meat, milk, and eggs increased from 758 million tonnes to 1247 million tonnes in 2017, and is projected to further increase.

Continued growth of the livestock sector increases the risk of exceeding emissions budgets consistent with limiting warming to 1·5°C and 2°C, limits the removal of CO2 from the atmosphere through restoring native vegetation, and threatens remaining natural carbon sinks where land could be converted to livestock production.

To help reduce the risk of global temperature rising beyond 1·5°C or 2°C, we call on high-income and middle-income countries to incorporate four measures into their revised commitments to meeting the Paris Agreement, from 2020 onwards.

Although our suggestions are not a full list of mitigation actions for the agriculture sector, they are necessary to adhere to the equity component of the Paris Agreement, and are considered part of a suite of measures that are needed across all sectors to reduce the risk of reaching temperature levels beyond the Paris goals. We will provide further scientific evidence about these important topics during the ongoing revision of Nationally Determined Contributions to the Paris Agreement.

We declare no competing interests. Signatories speak on their own behalf, and not on behalf of their affiliated institutions. The list of signatories supporting our call can be found in appendix 2. Additional signatures from scientists and researchers are very welcome via our online portal.

The urgency of  the above call by scientists has been further highlighted by the below recent research paper.

The Paris Agreement’s goal of limiting the increase in global temperature to 1.5° or 2°C above preindustrial levels requires rapid reductions in greenhouse gas emissions. Although reducing emissions from fossil fuels is essential for meeting this goal, other sources of emissions may also preclude its attainment. We show that even if fossil fuel emissions were immediately halted, current trends in global food systems would prevent the achievement of the 1.5°C target and, by the end of the century, threaten the achievement of the 2°C target. Meeting the 1.5°C target requires rapid and ambitious changes to food systems as well as to all nonfood sectors.  You can read the full paper here.

Agricultural GHG emissions in Ireland are now over 35% of our total emissions (the...

COVID-19 is continuing to climb in over two dozen U.S. states and that is...
Previous articleThe Carbon Opportunity Cost of Animal-Sourced Food Production on Land
Next articleEnvironmental NGOs think the new EU Common Agriculture Policy is a Disaster