Should We Tax Meat?

With so many respected individuals, environmental organisations and governments declaring that climate change is the most pressing international issue of our time, it’s surprising that the question of taxing meat and dairy products has not received more attention. 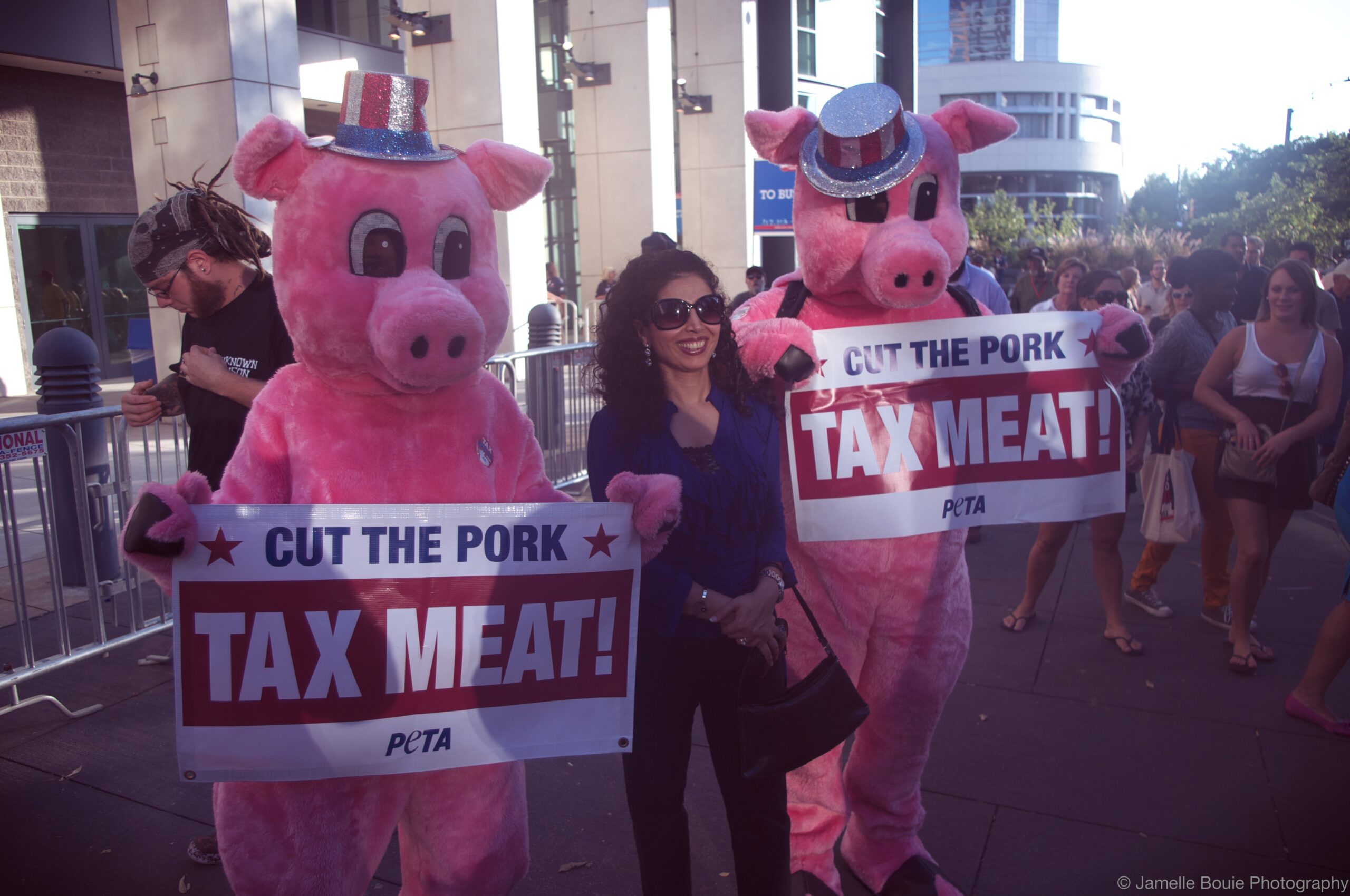 Yes, there have been calls for a reduction in consumption of these products, and the UN has been saying for over a decade that we have to switch to a plant-based diet, but there has been little discussion of how exactly this goal could be achieved.  Contrast this with discussions about carbon emissions from burning fossil fuels.  In Europe at least it’s clearly understood by governments that carbon taxes are needed to push everyone to move to alternatives.  Those taxes provide funding for research into alternative energy and make that energy more competitive with fossil fuels.  They are not universally popular (indeed in some cases, extremely unpopular) but are seen to be part of the climate change solution.

We urgently need to take the same approach with meat and dairy.  A “carbon tax” shouldn’t just be about fuel.  It must be applied to any source of carbon emissions where a change in behaviour is desired.  Without this we are not going to be able to make the changes we need fast enough to avert climate disaster.  Asking people politely to change their behaviours is good, but financial incentives are usually more effective.  Political and financial policy has to guide and indeed push people into making more environmentally responsible choices.

Reductions in meat and dairy production aren’t just needed to slow climate change.  Firstly there is the question of loss of natural habitat and biodiversity.  While the Amazon burned with out of control forest clearance fires in the Summer of 2019 and many countries rightly decried the environmental policies of Brazil’s president, where was the reflection that the primary driver of that burning was the rise in global meat and dairy consumption?  That was led by Western countries over the past few decades and now is being copied by countries in Asia.  While you likely have heard of the IPCC (the Intergovernmental Panel on Climate Change), the UN body whose warnings on climate change have become increasingly alarming, over the coming years you will hear more from the IPBES (the Intergovernmental Platform on Biodiversity and Ecosystem Services).  That body is reviewing the state of the global natural environment, and the summary of the initial report released in May 2019 is scary reading.  The biomass of wild mammals has reduced by 82% over the past 50 years while humans and farm animals now make up 96% of the mammal biomass.  Meat and dairy production isn’t the only factor involved but it’s a significant one.  That report also highlights that overfishing is causing huge damage to the ocean environment so fish is not a sustainable replacement for meat, only plants are.

Secondly, even if meat and dairy were not accelerating climate change, and even if it were not responsible for the destruction of the natural environment, and even if it wasn’t causing untold misery to farmed animals, the amount of meat and dairy that we are consuming is just not good for our health.  The World Health Organisation has declared processed meat as a carcinogen, and red meat as a probable one.  There is some disagreement about what, if any, is a safe amount to eat, but just as with climate change, there is a general scientific consensus that as a species we eat too much and would be healthier eating much less.

The idea of a tax on foods with a high climate change impact is now on the agenda in several countries including Germany, Denmark and Sweden.  In Germany there appears to be a cross party consensus that something must be done, though the Greens believe the proposals to increase VAT on meat don’t go far enough.  All parties want to ensure that the money raised is used to help farmers restructure into a new model and that is something that likely will be critical wherever such taxes are imposed.  Farmers are understandably worried about their future livelihoods, but those who are defending meat and dairy production are doing those farmers a disservice.  Even today most beef farmers across Europe are losing money, mostly due to falling consumption and prices. Rather than increasing subsidies (against a rising tide of public sentiment and sea level) for these environmentally damaging industries, we need to work on what has been called a “just transition” for farmers into forestry, land management, plant crops, tourism, energy production, and perhaps other land uses that we have not considered yet.

Is a Meat Tax a Good Idea?

We put a ‘sin tax’ on cigarettes and alcohol.  Why not meat?

We need to talk about meat

Should we tax meat and dairy like we do cigarettes?

Overfishing has pushed two families of rays to the brink of extinction, while hunting...

Any normally intelligent 12-year-old is fully capable of understanding the distinction between a living...