The Future of Plastic

Since the mass production of plastics began in the 1940s and 50s it’s volume has been rising steadily every year. 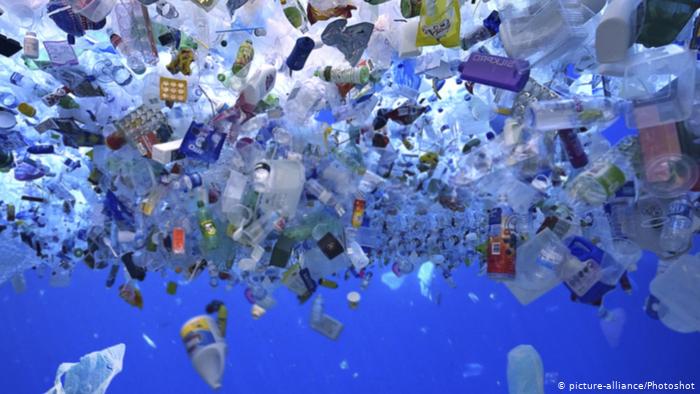 In 1960 the world produced 8 million tonnes of plastic.  By 2015 this had risen to 400 million tonnes, and it’s estimated that if the increase in production is not contained the world will have to deal with about 550 million tonnes every year by 2030.  Around 20% of plastic is recycled, 55% ends up in landfill, 22% is incinerated and around 3% ends up in the oceans.  (Source: Our World in Data).

While there has been a surge in the numbers of people trying a zero-waste lifestyle, it has to be said that plastic, being a light-weight, easy to produce and cheap material, is ideal for the packaging and storage of food stuffs in particular, and it is unlikely that we can do away with it altogether.  So, what’s to be done?  Two recent developments give us some hope for the future – namely biodegradable plastics and plastic-eating enzymes.

Biodegradable plastic (or bioplastic) is made from plant or other biological material.  Its main advantage is that there is no reliance on fossil fuels.  It can be made by extracting sugar from plants like corn and sugarcane to convert into polylactic acids (PLAs), or it can be made from polyhydroxyalkanoates (PHAs) engineered from microorganisms.

Another advantage of bioplastics is that they are less harmful to the environment because they can be decomposed by the action of living organisms, carbon dioxide, biomass or water.  However, a lot of the biodegradable plastics in use today require intense heat to decompose, and can only be recycled in industrial compost facilities, rather than in home compost bins.  At present, only a minority of bioplastics are home compostable, so this often causes confusion for consumers, and there is no clear definition or universal labelling system for bioplastics.

Specialised waste management facilities for the decomposition of bioplastics do not exist in many countries, and they cannot be put in the same recycling bin as conventional petroleum-based plastics like PET (the most common type of plastic, used in the manufacture of soda bottles).  If they end up on the same recycling stream they can contaminate the entire batch, causing it to end up in landfill.

Biodegradable plastics need to last a long time on supermarket shelves and storage cupboards.  For this reason most will only break down at very high temperatures – the type of heat used in industrial composters.  They will not break down in the environment or in the sea, though there are some efforts underway to engineer plastics that will decompose relatively rapidly in seawater.

So, while the world is not yet fully ready to handle bioplastics, their main advantage is the fact that they do not rely on fossil fuels like petroleum.

Up until now plastic has not been truly recycled – it is down-cycled into a form of plastic that is typically used by the building or garden industry.  However, a team of scientists at the University of Bath have developed a new way to break down bioplastic into its original building blocks, potentially allowing products to be recycled infinitely with no loss in quality.  This is ‘true recycling’, as opposed to just downcycling.  The researchers recycled PLA (polylactic acid) plastic, and have also started trialling a similar process for recycling PET.

Plastic-eating micro-organisms also herald a new way to recycle plastic into its original constituents.  In 2016 Japanese scientists discovered an enzyme in a waste site that was breaking down plastic.  In 2018 researchers in the UK came up with an engineered version of the enzyme which could break down plastic in a few days.  They have now developed a ‘super-enzyme’ which breaks it down in a matter of hours.

This new process could be rolled out within the next two years, offering the option of true plastic recycling into its basic constituents and eliminating the need for fossil fuels to create new plastics.  A £1m testing centre is being built in Portsmouth in the UK, and French company Carbios is currently building a plant in Lyon.

Currently the process only works on PET plastic.  However, a team of German researchers have been successful in finding micro-organisms that eat other plastics such as polyurethane (PUR).  The German team say the bacterium was found in the soil surrounding a heap of plastic waste.  At Yale University in 2011 a fungus was discovered that could digest and break down polyurethane.  Scientists believe that these types of processes could even allow some types of synthetic clothing to be recycled.

If scientists could apply this process to all types of commonly used plastic packaging it would mean that plastic waste could be recycled to infinity, without the need for a complicated plastics sorting process.  Consumers would be able to place all their plastic waste (without exception) into the same recycling bin, with all of it being fully recycled and none ending up in landfill.

Looking towards the future, there is a lot to be hopeful about in the field of plastics.  However, it is important that we reduce our reliance on plastic in the first place.  It can still end up in the sea or in the environment where it will not break down.  Our behaviour as consumers is important because it lets producers know that they need to either look for alternatives to conventional plastic or ensure that the plastic they use can and will be recycled.  Some companies now allow customers to return their plastic packaging to the store where it was purchased.

A move towards a Circular Economy is also an important and necessary next step in terms of how goods are consumed.  This would mean that all packaging is returned to the producer and used over and over again.

Customers must be willing to pay more for recycled packaging.  Plastic from petroleum is cheap to produce, so recycled plastic won’t be as competitive or lucrative to recycle compared with, say, metals like aluminium.

It has taken us 70 years to reach the point where we are literally floating in a sea of plastic.  But the tide is turning.  I personally feel very optimistic about the future and I do believe that a solution to the problem is within our reach.

For me, zero waste means I avoid buying anything in plastic, even if it’s...
Previous articleVegan & Sustainability News: Spring 2021
Next articleThe Circular Economy