Sandra Higgins explores the three stages people go through when they are going vegan.  This helps to clarify our thoughts, feelings and motivations which is helpful in sustaining long term behaviour change. 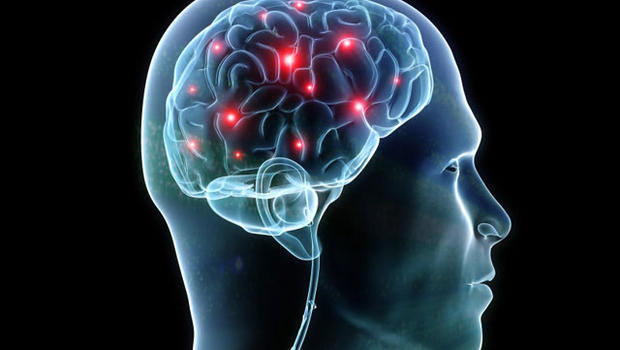 Unsurprisingly, many people consider going vegan in January. The start of a New Year prompts us to make resolutions to eliminate aspects of our lives that are not serving us well and to adopt others that would benefit us. Many people have been thinking about veganism for a while and now feel ready to make the behavioural changes necessary to begin living vegan. But there is a problem. Veganism is frequently advertised as a lifestyle that we can dip in and out of. Something we can try on and discard like a coat. Before anyone can be vegan they need to go through the necessary psychological processes of behavioural change. These processes are not limited to behaviour. Processing our thoughts and feelings are essential components before behavioural change can occur with any hope of lasting.

Once we have the smallest glimmer of the impetus to be vegan, there are three stages to becoming vegan:

These stages are common to all behavioural change.

Learning about Animal Use

This first stage of change involves the deeply painful process of examining the many ways in which our seemingly innocuous ways of living inflict violence on them that is the stuff of our worst nightmares. This stage of change frequently involves feeling as though the ground has been taken from under our feet. Everything we formerly believed about this world being a benign and safe place is shaken. Everything we formerly believed about the capacity of those in positions of trust and authority to care about justice is shattered. When we come to realise the degree of violence that we routinely inflict on the innocent and vulnerable animals who we have trapped by breeding them into life with a death sentence on their young heads, following their short, tormented lives, our very sense of who we are and our place on this earth is deeply shaken. These thoughts, recriminations, new ways of perceiving the world, and feelings such as grief, shock, guilt, betrayal and anger are difficult psychological issues to process. In order to be vegan this stage is imperative.

Making the decision to stop being violent

Once we gain sufficient knowledge and awareness at Stage 1, we move to Stage 2 where we are motivated to change and we prepare to eliminate all animal use from our lives. This simply means that having realised the consequences of our actions for other lives we decide to stop harming them. Of all the aspects and stages of transitioning from non-vegan to vegan, this is the most important. This is the point at which we decide that all animal use is unjust and that our taste, profit, convenience, tradition, or culture are not sufficient reasons to justify our continued use of them. This is the point at which we mentally undo the damage of having grown up in cultures that objectify them.

For some people the time lapse between Stage 1 and Stage 2 is very short. It is difficult, if not impossible, to fully embody our role in their oppression and the vile forms of violence we inflict on them for the most trivial of reasons, and then consciously and deliberately participate in that violence. For others, there is a longer process of coming to realise the multitude of ways in which we harm others and to research how to replace violent choices with vegan alternatives. However, once we face the fact that animal use is violent, the decision to be vegan and the process eliminating animal use should not take more than a few weeks. This is not a self-focussed long and winding journey. This concerns real, living, feeling beings who we torment and send to their deaths until we go vegan.

Most people begin Stage 2 with learning how our use of other animals as food is violent and learning to replace animal flesh, including fish flesh, dairy, eggs, honey and additives with plant alternatives. Other people are shocked by a single aspect of animal use such as the separation of mothers and calves by the dairy industry, or the killing of day old chicks by the egg industry and not only vow to replace dairy and eggs in their diet with plant alternatives, but use this information to examine the other ways in which we unjustly use other animals and how we can omit them from our lives. Over 90% of the animals bred and killed by humans are used as human food. Therefore, the dietary aspects of veganism are the most important to address. Thereafter, you can replace your clothing, furniture, cosmetics and cleaning products next time you make a new purchase. It is easier to replace your shower gel with a vegan friendly alternative than it is to change all your clothing or footwear, or your leather sofa. Be practical. The most important thing is that you have made the decision that your future purchases will be vegan.

The horror of the knowledge that we must face in order to reject violence and live vegan is such that many people flee and immerse themselves instead in the frivolity of consumerism. But veganism is not a consumerist issue; it is a social justice issue and must remain so. While it is unnecessary to retraumatise ourselves by looking at disturbing footage and facts of animal use, it is essential that our focus stays on the victims of our use. The facts of animal use in animal agriculture for food and clothing are no longer hidden. There is also a lot of reliable evidence on the use of other animals for research and entertainment. Every sordid, sickening detail of what we put them through to meet the most trivial of our whims is accessible from the facts in the scientific literature to the evidence in undercover investigations that document the standard, legal practice of animal use. There is no need to learn about the horrific breaches in animal welfare legislation. All we need to know is that every animal use violates their rights to live free from harm, free from oppression by another species, and their right to life.

Stage two is often helped by researching or joining like-minded people in groups in our local towns, cities and on social media. There are some suggestions at the end of this article.

There is a growing body of scientific evidence on animal sentience and the myth of human superiority that helps undo the speciesist myths that we have all grown up with: myths that led us to believe that humans are the only individuals who matter by virtue of their species membership. Similarly, there is wealth of information on how to meet our nutritional needs through a plant diet; how children can be vegan; the variety of alternatives to the use of other animals for entertainment and labour, and advances in non-animal based research. There are also many sources of help to learn how to read labels on food, clothing, personal care, cosmetic and cleaning products so that we can avoid animal products and animal use.

Stage 2 often also involves becoming aware of some of the intersectional aspects of animal use such as the harm caused to human employees by industries that use other animals, the environmental impact of animal use, and the health benefits of a plant diet. It is important to distinguish between the secondary benefits of veganism (e.g. prevention of illness) and the reason for veganism. Human health and environmental protection are not sufficient reasons for living vegan. The rights of other sentient animals is the only necessary reason for going vegan. However, learning about these intersectional aspects of veganism have the added benefits of reassuring us that far from feeling deprived and disadvantaged as vegans, there are many benefits that impact us directly. Understanding the intersectional element of animal rights helps us understand veganism as an important social justice issue and not a restrictive or faddy diet. Even if these intersectional factors were not present, veganism for animal rights is still necessary. It is the very least we can do if we respect life.

Stage 3: The Practice of Living Vegan

The final stage involves using the information gained in Stages 1 and 2 that change how we think and feel about ourselves in relation to other animals, and the preparation we have done on how to be vegan, so that we practice living as vegans in our daily lives. The more effort we have put into the first two stages, the easier this stage will be. It simply involves using the information we have learned to direct our behaviour so that we eliminate all animal use and replace it with non-violent alternatives.

This stage often initially involves some trial and error until you find recipes that work for you, your favourite plant milk or cheese, and you replace your non-vegan clothes, personal care and cleaning products with non-violent alternatives. It involves initially learning how to read labels when you shop, and how to research whether or not your choices are vegan. There are many apps as well as vegan guides, lists and websites that can assist in these consumer choices. Many people find it helpful to research guides that pertain to their local area.

But there is more to this stage than how we eat, dress and entertain ourselves. Living vegan involves realising our place on this earth as one of countless individuals of the billions of other species with whom we share this earth. It involves learning about the complexity of their minds and lives. It involves a radical change in how we relate to them and to the non-vegan world we live in. This most challenging aspect of this stage is negotiating relationships with non-vegan family, friends, and work colleagues. I won’t pretend that this is easy; it is an inevitable consequence of doing the right thing in a world where violence is considered normal and acceptable if it serves the greater purpose of catering for human whims of taste and profit. However, this difficult aspect of being vegan can be helped if you have the support of like-minded vegans and if you keep in mind that you were once non-vegan yourself.

Being vegan means that you are living in ways that honour animal rights as the most important social justice issue of our time. Living vegan means that you are part of the necessary evolution of humans from violent and unjust to peaceful and fair. A quick fix just won’t cut it. Before you can live vegan, it is necessary to learn why you need to be vegan. Only then can you make the transition that honours the seriousness of the cause and lasts your lifetime.

Sandra Higgins, BSc (Hons) Psych, MSc Couns Psych, MBPsS, Counselling Psychologist is the founder of Eden Farmed Animal Sanctuary, Ireland and the director of Go Vegan World – a Public Vegan Advertising Campaign. This is animal focused in nature, and seeks complete cessation of animal use. The first of its kind in Europe, it was launched in Ireland in 2015.

Chickens  Half of all new-born chicks are male.  Males are of no use to the...
Previous articleClimate Healers
Next articleAnimal Agriculture is the key cause of Climate Change and Veganism is the solution