In recent months two different questions concerning zoos have been swirling around the national and international news cycles. In Ireland, and specifically Dublin, there has been a considerable amount of attention paid to the Dublin Zoo and questions around parking available in Phoenix Park. 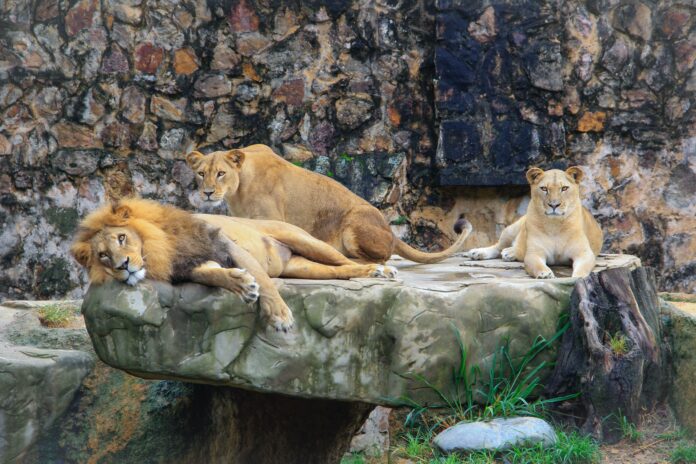 Internationally, news of the Nonhuman Rights Project (NhRP) case has been circulating. NhRP has been working to secure the release of Happy the Elephant, an Asian elephant born in 1971 who has been isolated in an extremely small enclosure for decades at the Bronx Zoo. The case could potentially have far reaching implications as it could result in certain nonhuman animal species gaining legal personhood. Born Free has also recently launched a campaign to ban the keeping of elephants in all zoos as elephants are highly intelligent, emotive, and social creatures who typically would enjoy vast habitats in the wild. There has arguably never been a better time to talk about the future of zoos.

There are typically two main assertions which most arguments for the continued existence of zoos fall under. The first argument is that zoos help members of the public, particularly children, to develop empathy for animals and therefore are worthwhile educational and empathy-building institutions. The second argument is that zoos contribute to conservation efforts by breeding threatened and endangered species and therefore are important ecological and conservational institutions. This article will briefly consider each of these lines of argument.

Zoos as educational and empathy-building institutions

The argument typically goes that zoos help children to connect with animals and learn about the natural world. It follows then that zoos are essential to fostering empathy between children and animals and losing them would result in subsequent generations growing up without the same connection to nature.

Although this article is too brief to fully explore this argument, one cannot help but question the quantitative information which these claims are based on. How does one quantify and measure the empathy which a child feels for animals before and after visiting the zoo? Is a survey done directly after a zoo visit, or are the individuals surveyed regularly for a decade after their zoo visit to determine its impact? Surely if this is the argument which is used to justify keeping millions of animals in captivity, it should be supported by extensive, rigorously-reviewed, and unbiased quantitative data.

In reality, the data does not exist. Lori Marino criticised the glaring lack of data in a recent article, stating: “[w]e’ve been viewing elephants in zoos for decades, yet they are on the brink of extinction. In fact, a mass extinction event is underway despite the fact that hundreds of millions of people have visited zoos and aquariums. The model just doesn’t work”.

The very concept of developing empathy for animals via zoo visits is arguably inherently flawed. As far as I am aware, there are no studies which link a frequency of zoo visits to, say, adopting a plant based diet, or on the other end of the spectrum, committing animal abuse offences. In fact, I am not aware of a single zoo which offers solely plant based foods. Zoos arguably are teaching children to objectify different animal species in different ways. They send the message that “exotic” animal species can be kept in captivity to provide entertainment for humans while other animal species can be consumed as food.

Also, the keeping of animals in captivity, not to mention forced breeding of animals, is inherently speciesist. Animals held in captivity in zoos are in enclosures which are significantly smaller and less dynamic than the environments they would enjoy in the wild. Oftentimes these enclosures ensure that zoo guests can see the animal as much as possible, thus compromising the animal’s privacy. Animals who, in the wild, may never see a human being, are virtually unable to escape being watched and yelled at by hundreds of zoo-goers every day. Respect for the animal’s dignity is compromised and he or she becomes little more than a prop used to entertain and generate revenue.

Zoos as a tool for conservation efforts

When arguing in defence of zoos as tools for conservation, the fact that zoos breed threatened and endangered species is often cited. What is often less cited is the fact that baby animals generate significant amounts of revenue for zoos and husbandry is therefore a focus for many zoos. Zoos around the world in fact are so focused on breeding their animals that it is a common problem for zoos to have a “surplus” of animals.

These surplus animals are sometimes placed in other zoos. However, this is not always possible. Instead, according to Kleiman, Thompson, and Baer, selling animals to dealers is a common practice and there have been many “[p]ublicised cases of zoo animals ending up at animal auctions, roadside zoos, and other sub-standard facilities”. Essentially, these animals are sold to private zoos, circuses, and petting zoos – not quite the coordinated conservation effort that zoos claim to be undertaking. What are other options for zoos with a “surplus”? Another popular option is “warehousing” surplus animals at the zoo; as the term suggests, warehousing “implies that the areas in which animals are maintained are less than optimal” (Kleiman, Thompson, Baer).

The final option for zoos? Culling. The culling of surplus animals is controversial yet still commonplace in the industry and, as Kleiman, Thompson, and Baer write, killing “healthy animals because they are not needed for breeding or exhibition is argued by some as logical and responsible management to conserve resources for other animals, and/or to prevent animals from being transferred into situations that may compromise their welfare”. Only a few years ago the Copenhagen Zoo shot Marius, a healthy bull giraffe, in the head and then fed his body to other zoo animals because he was deemed to be surplus. However, this was not an isolated incident as the practice of “zoothanasia” is commonplace.

Why are these animals disposed of when they are deemed to be surplus? Because they cannot be released into the wild due to having been raised in captivity. This would suggest that the entire argument forwarded by zoo proponents that zoos conserve animals is false.  It is obviously a false claim that institutions which strip threatened species from their native environment, traffic them internationally, force them to breed, display them to the public for years, and then cull them as soon as it makes financial sense, are somehow providing an important conservation service.

There are places where surplus zoo animals can go to live healthy, fulfilled lives – these are animal sanctuaries. Sanctuaries provide formerly captive animals with wide expanses to explore and express natural behaviours. Animals who live in sanctuaries are able to interact with one another and live their lives without being constantly watched by humans. They are, as near as is possible, free.

Those who want to see animals from around the world and who want to develop their child’s connection to nature can visit sanctuaries, animal rescues, and nature reserves. In doing so, they are not only supporting important (and actual) conservation efforts, they are also teaching their children that animals have inherent worth and deserve to be free, that they are not non-sentient objects intended to be used for an afternoon’s entertainment.

Another alternative way to experience wildlife is to spend time in nature. Seeing wild animals – no matter how small – while on a walk, hike or camping trip, makes the animal encounter extremely memorable, exciting, and significant – especially for children. Those who are truly invested in helping their children to develop empathy for animals and a sense of wonder for the natural world should know that it takes much more than an annual trip to the zoo, it takes years of education and exposure to build an affinity with nature. If we as a society want to encourage a connection with nature in the next generation, we should focus on expanding outdoor education efforts including resourcing class trips and outdoor education specialists.

If anything you have read in this article has made you want to take a stand against zoos, there are a number of things which you can do. Aside from refusing to patronise zoos, you can educate yourself, your friends and family about the reality of zoos and how they compromise animal welfare to generate profit from visitors. You can also support NGOs which advocate against animal captivity such as Freedom for Animals, Born Free, and NhRP, or NGOs which support animal conservation efforts such as Wild Aid or World Wildlife Federation.

If you remain unconvinced you are welcome to try seeking out the data which supports claims made by zoo proponents. You may also want to reflect on the merits of an ideology which allows for an animal to be used purely for entertainment and then summarily disposed of.

The complete lack of any regulation of the exotic pet trade is a major...
Previous articleAll that Glitters: The Problem with Jewellery
Next articleInitiatives to Limit Global Warming