Animal AgricultureMagazine - Back IssuesSummer 2022
June 1, 2022
ByHannah Ritchie of 'Our World in Data'

Edited by James O'Donovan with any comments in italics. 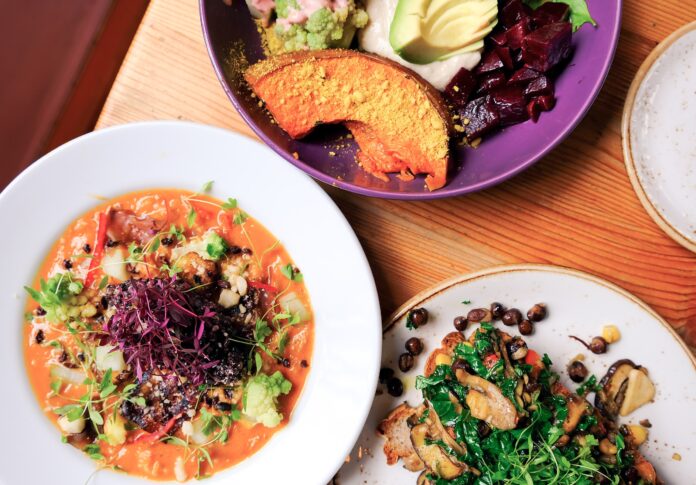 If the world adopted a plant-based diet we would reduce global agricultural land use from 4 billion to 1 billion hectares.

If everyone shifted to a plant-based diet we would reduce global land use for agriculture by 75%. This large reduction of agricultural land use would be possible thanks to a reduction in land used for grazing and a smaller need for land to grow crops.

The expansion of land for agriculture is the leading driver of deforestation and biodiversity loss. Half of the world’s ice- and desert-free land is used for agriculture. The land use of livestock is so large because it takes around 100 times as much land to produce a kilocalorie of beef or lamb versus plant-based alternatives. The same is also true for protein – it takes almost 100 times as much land to produce a gram of protein from beef or lamb, versus peas or tofu.

This raises the question of whether we could, or should, stop using it for agriculture at all. We could let natural vegetation and ecosystems return to these lands, with large benefits for biodiversity and carbon sequestration.

One concern is whether we would be able to grow enough food for everyone on the cropland that is left. The research suggests that it’s possible to feed everyone in the world a nutritious diet on existing croplands, but only if we saw a widespread shift towards plant-based diets.

If we would shift towards a more plant-based diet we don’t only need less agricultural land overall, we also need less cropland. This might go against our intuition: if we substitute beans, peas, tofu and cereals for meat and dairy, surely we would need more cropland to grow them?

Let’s look at why this is not the case. In the chart here we see the amount of agricultural land the world would need to provide food for everyone. This comes from the work of Joseph Poore and Thomas Nemecek, the largest meta-analysis of global food systems to date. The top bar shows the current land use based on the global average diet in 2010.

As we see, almost three-quarters of this land is used as pasture, the remaining quarter is cropland. If we combine pastures and cropland for animal feed, around 80% of all agricultural land is used for meat and dairy production.

This has a large impact on how land requirements change as we shift towards a more plant-based diet. If the world population ate less meat and dairy we would be eating more crops. The consequence – as the above bar chart shows – would be that the ‘human food’ component of cropland would increase while the land area used for animal feed would shrink.

In the hypothetical scenario in which the entire world adopted a vegan diet the researchers estimate that our total agricultural land use would shrink from 4.1 billion hectares to 1 billion hectares. A reduction of 75%. That’s equal to an area the size of North America and Brazil combined.

How is it possible that producing more crops for human consumption needs less cropland? The answer becomes clear when we step back and look at the bigger picture of how much crop we actually produce, and how this is used.

In the chart we see the breakdown of what the cereals are used for. This is split into three categories: direct human food (the rice, oats, wheat, bread etc. that we eat); animal feed; and industrial uses (which is mainly biofuels).  Globally only 48% – of the world’s cereals are eaten by humans. 41% is used for animal feed, and 11% for biofuels. In many countries, the share that is for human consumption is even smaller. In Europe less than one-third of cereal production is used for human consumption, and in the US only 10% is.

It’s not just cereals that are diverted towards animal feed and biofuels. It’s also true of many oilcrops. As we look at this in more detail here, only 7% of soy goes towards human foods such as tofu, tempeh, soy milk and other substitute products. Most of the rest goes towards oil production, which is split between soybean meal for animal feed and soybean oil. These are co-products, although by economic value, animal feed dominates.

Livestock waste a lot of energy and protein

Cereals fed to animals are not wasted: they are converted to meat and dairy, and consumed by humans in the end. But, in terms of calories and total protein, this process is very inefficient. When you feed an animal, not all of this energy goes into producing additional meat, milk or eggs. Most is used to simply keep the animal alive. This is exactly the same for us: most of the calories we eat are used to keep us alive and maintain our body weight. It’s only when we eat in excess that we gain weight.

In the charts here we see the energy and protein efficiency of different animal products. This tells us what percentage of the calories that we feed livestock are later available to consume as meat and dairy. As an example: beef has an energy efficiency of about 2%. This means that for every 100 kilocalories you feed a cow, you only get 2 kilocalories of beef back. In general we see that cows are the least efficient, followed by lamb, pigs then poultry. As a rule of thumb: smaller animals are more efficient. That’s why chicken and fish tend to have a lower environmental impact.

This is why eating less meat would mean eliminating large losses of calories and thereby reduce the amount of farmland we need. This would free up billions of hectares for natural vegetation, forests and ecosystems to return.

It also would allow our oceans to recover.  It’s incredible how such a simple, lovely action could transform modern life and our relationship to the living earth and all other species.

All visualizations, data, and code produced by Our World in Data are completely open access under the Creative Commons BY license.

A study carried out by Professor Patrick Brown of Stanford University and Professor Michael...
Previous articleEating our way to Extinction – Film Review
Next articleEarth Day? We Need An Earth Diet, Scientists Urge